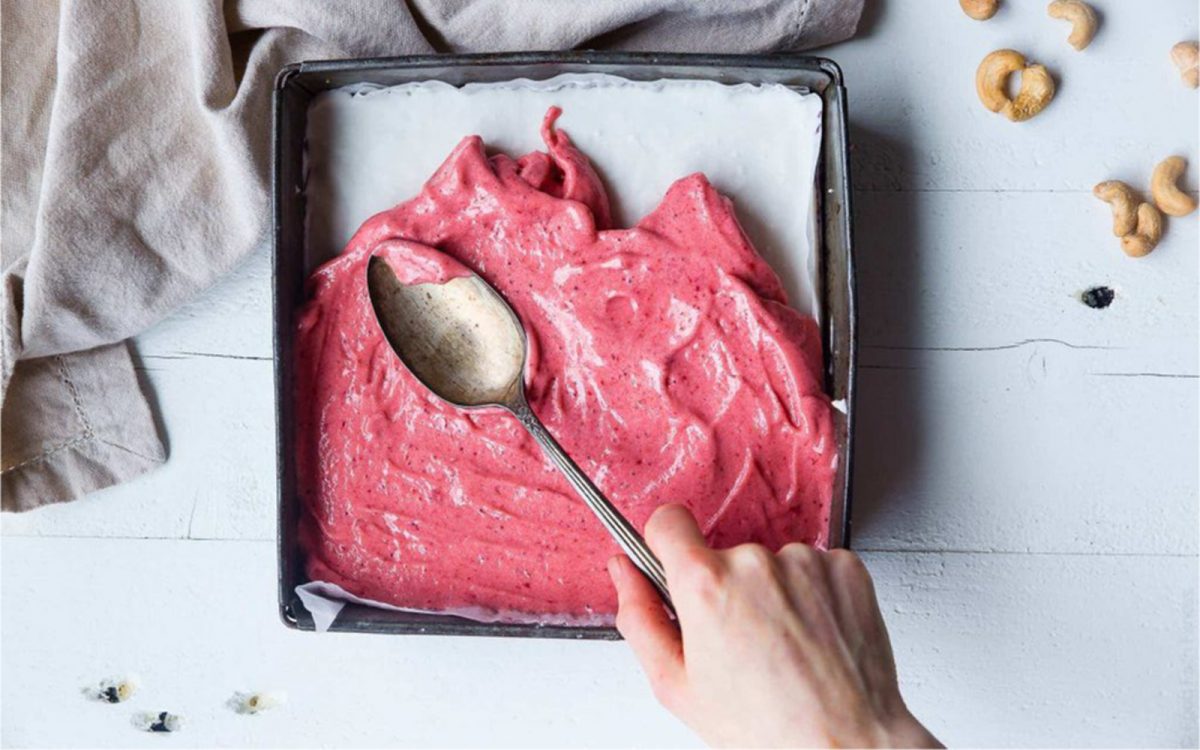 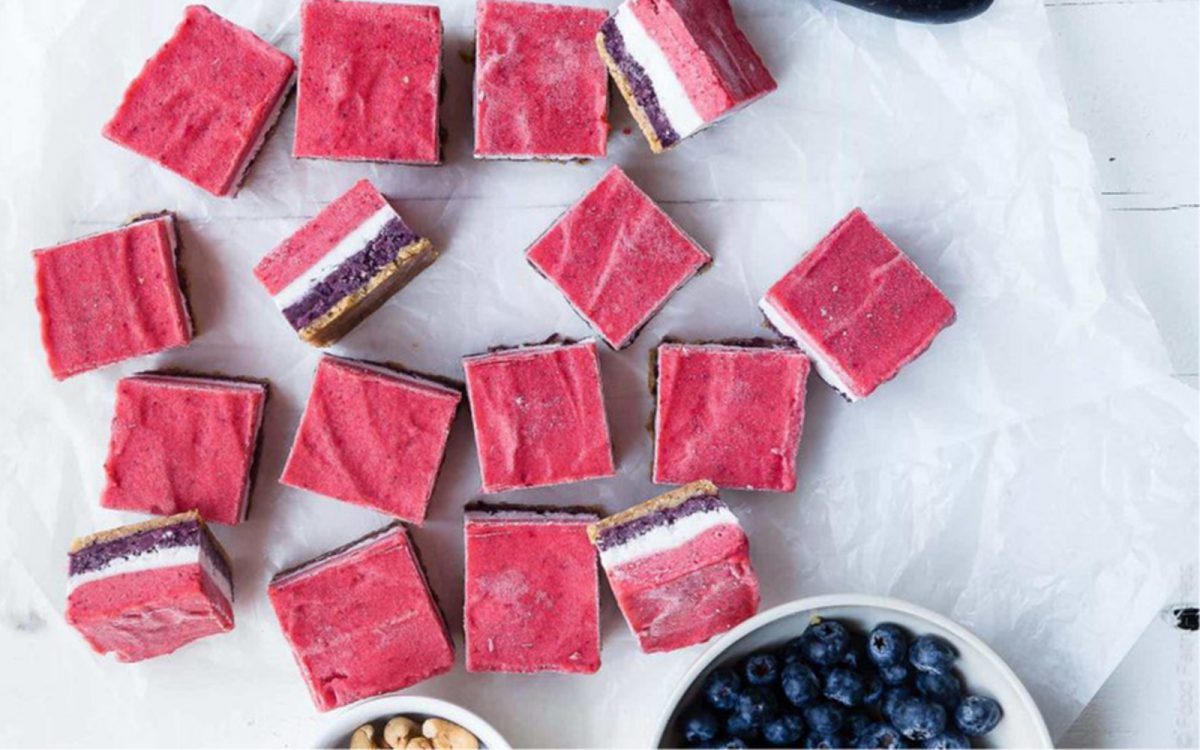 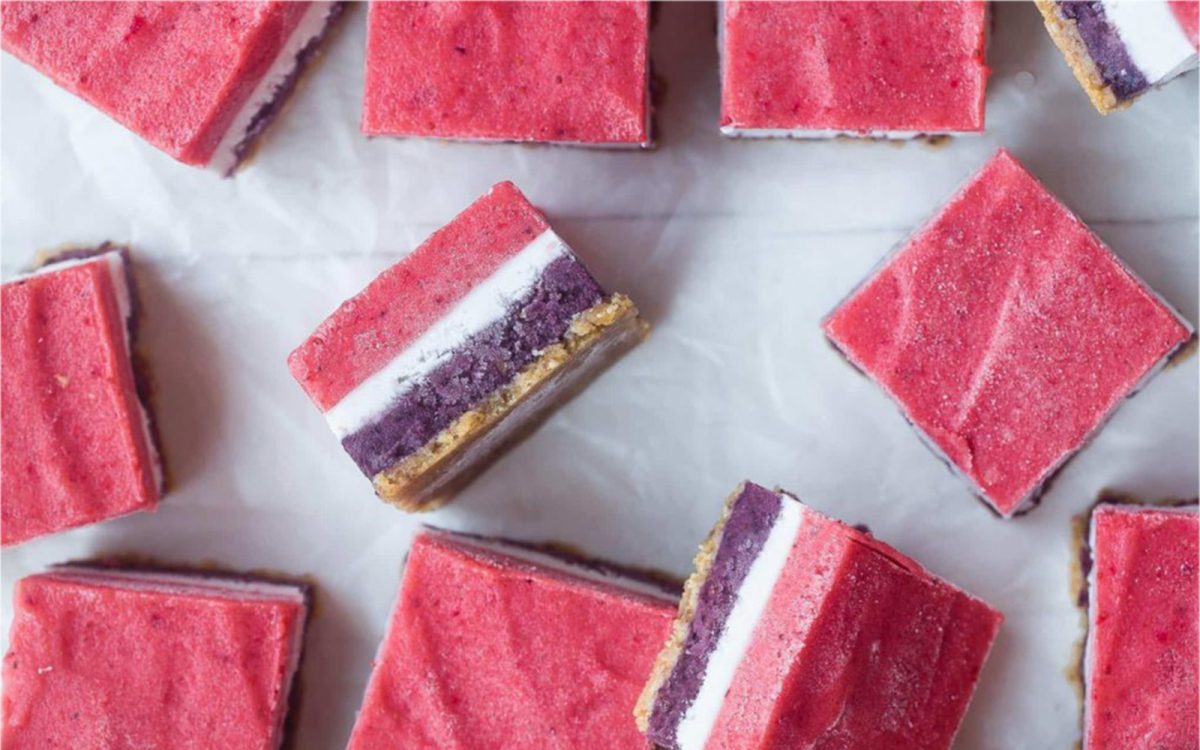 You have likely heard of or made banana ice cream by now, but have you ever thought of applying the super simple recipe elsewhere? Instead of using frozen bananas to make a soft serve ice cream, this recipe uses them to make ice cream bars that are perfect for serving at barbecues and other gatherings! Each of the three layers is a different flavor and is naturally colored. With the additional sweetness and texture of the cashew date crust, these little bite-sized treats are irresistible!