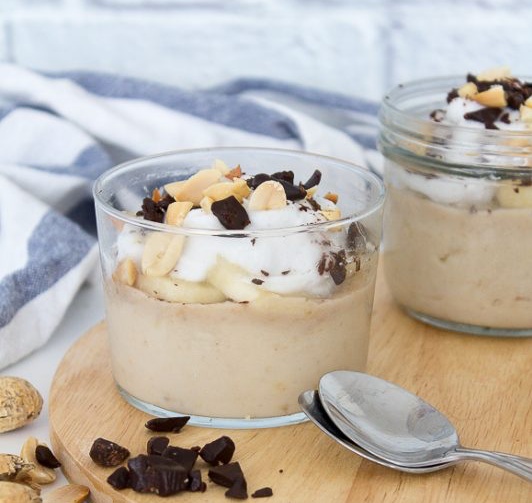 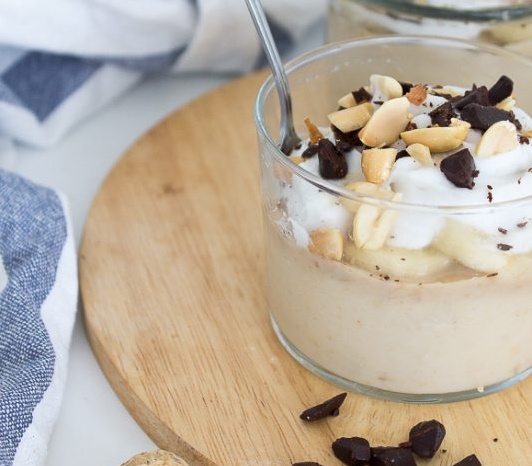 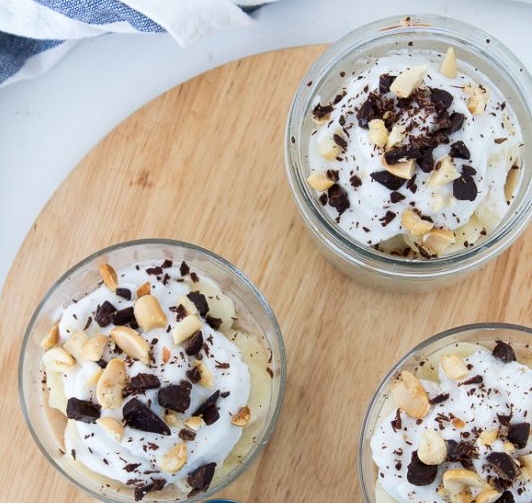 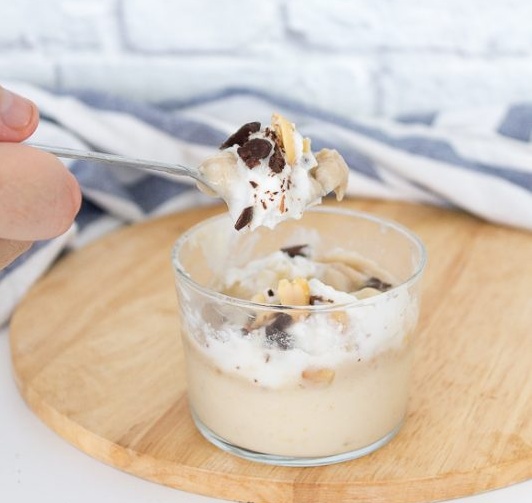 The layer of vegan coconut whipped cream is completely optional but adds the special touch to this pudding by combining it perfectly with the banana mixture and peanut butter. Finally, top it off with roasted peanuts or chocolate chips to have the perfect dessert. However, if you want a simple pudding that you can eat for breakfast or snack you can give up the coconut whipped cream and stick to the creamy pudding. Either way, it will always be a winning recipe. You are going to love this banana and peanut pudding -- it has the most amazing combination of flavors and such a nice texture!

Sara is a Traditional Chinese Medicine therapist and an healthy food enthusiast. She is the author of the blog Nem Acredito Que é Saudável and also the author of the healthy dessert cookbook with the same name. In her blog and book she shares healthy, mostly gluten-free and vegan-friendly recipes. She believes that to eat healthy, clean food doesn't have to be something boring and monotonous, we just need a bit of imagination and choose the right ingredients.