Why It’s Cool to Join a Food Co-op 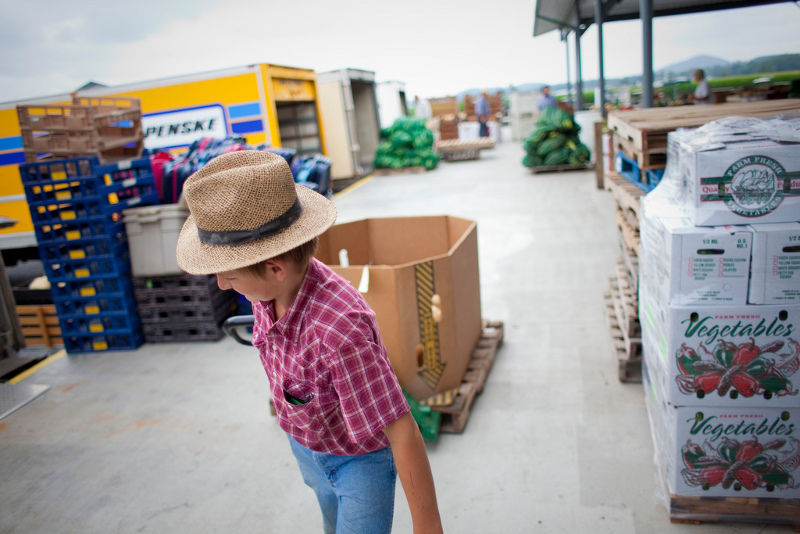 According to the Co-op Directory, a co-op, or cooperative, is any group of individuals, or organizations, formed for the mutual benefit of its members. Since the mutual benefit does not need to be financial, this means that technically a group of roommates renting a house together could be considered a co-op. The term is more generally associated with credit unions, housing co-ops, consumer goods, insurance companies…you get the idea. Whether they are formal or informal though, a co-op is generally democratic, volunteer run, mutually beneficial, run by their members, and not-for-profit organizations.

There are lots of common myths about food co-ops, but really the whole concept is rather simple.

Getting down to something a bit more specific, what exactly is a food co-op, then? Along the same lines, food co-ops are worker or customer-owned businesses that provide grocery items of the highest quality to their customers. Kind of like a grocery store, right? Frequently, co-ops do indeed resemble grocery stores, sometimes they require membership, and at other times, co-ops take entirely different forms. A good example of a different type of co-op is a buying club, a system that often resembles a community supported agriculture program. According to Local Harvest, a food co-op also commits to consumer education, product quality, and member control. Due to their local ownership, they tend to support local growers and producers as well.

In 2012, there were approximately 1.4 million cooperatively owned businesses in the world; they range in size, are extremely resilient, and hold important stakes in agriculture and politics. Last year was also the International Year of Co-operatives, as designated by the United Nations. In fact, co-ops have been around for hundreds of years, as there are concrete examples of cooperatively-owned businesses in England in the 1800’s.

Many businesses in every sector of society are co-ops, as touched on above. Perhaps surprisingly, two of the most famous soccer clubs in the world are co-ops; the Real Madrid and FC Barcelona are Spanish teams, both owned by their fans.

So, are they common? Yes! Finding a food co-operative to buy your produce from rather than a large grocery store shouldn’t be that big of a challenge. More than 800 million people around the world are members of cooperatives, and they are guaranteed all around you.

What are the advantages?

If you’re willing to buy your food from a cooperatively-owned business, look no further for some convincing arguments:

Read the inspiration for this list here. Need one final reason to shop at a co-op? October is co-op month!

To get more practical info and to find a co-op near you check out the coopdirectory.org, and continue your search for local food and CSA’s at Local Harvest.