15 Nutrient Dense Plant-Based Foods You Should Eat Every Day 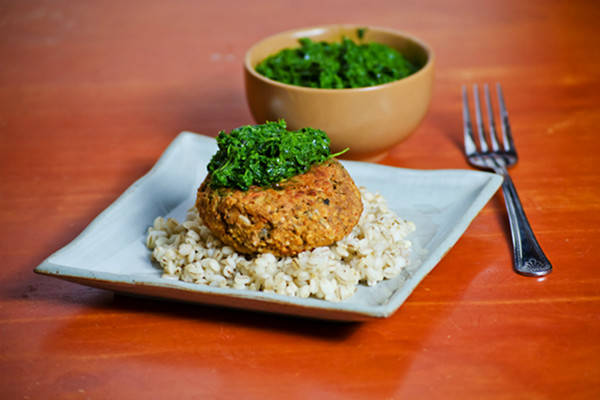 In the vegan world (and in other dietary perfectionist circles), many produce items, nuts, and seeds are broken down into their pieces and dissected to figure out what food is “super” or what food is most “nutritionally superior” because vegans generally strive to be as healthy as possible. The main goal in the vegan world is to help animals and save the planet while simultaneously striving for optimal health; therefore, it is crucial to be picky about what they (and myself included) eat.

If you’re not a vegan, then you might be a flexitarian, gluten free eater, fruitarian, vegetarian, omnivore, paleo eater, nutritiarian, or a carnivore, but everyone, no matter the diet you subscribe to or don’t subscribe to, can benefit from consuming nutrient dense foods. These foods are labeled as such for their high vitamin, antioxidant, protein, or mineral levels and should be eaten regularly, if not daily, for maximum benefit. By eating these foods often, the body will be more energized and function better because it has been properly fueled, so here is a list of fifteen foods that are nutrient dense that love your taste buds as much as they love your body!

With an ANDI score of 1000, watercress is right up there with kale. A cool fact about watercress was discovered in a two year study conducted at the University of Ulster: the researchers concluded that daily consumption of watercress helped to significantly reduce DNA damage to blood cells and further to resist DNA damage caused by free radicals. Watercress is rich in vitamins A, C, and K, and phytonutrients like isothiocyanates and gluconasturtiin. The latter two strengthen bones, reduce neuronal damage, protect against infection, maintain good connective tissue, and prevent iron deficiencyBok Choy

With an ANDI score of 865, bok choy is right behind kale and watercress as far as nutrient density goes. This Chinese “superfood” has a wealth of
cancer-fighting properties and numerous other health benefits. Bok choy contains potassium for proper muscle and nerve function, and vitamin B6 for efficient carbohydrate, fat, and protein metabolism.

Spinach has a ANDI score of 707 and has a minute amount fat and cholesterol. This leafy green is high in niacin and zinc, as well as protein, fiber, vitamins A, C, E and K, thiamin, vitamin B6, folate, calcium, iron, magnesium, phosphorus, potassium, copper, and manganese, all of which are good for your body! With all of these flavonoids and antioxidants, it’s no surprise that spinach has been found to maintain vigorous brain function, memory and mental clarity.

With an ANDI score of 490, these alien heads are chock full of good-for-you nutrients. Steamed Brussels sprouts contain cholesterol lowering benefits because of their high fiber content and ability to bind with bile acids. Similar to watercress, these little green heads have been shown to improve the stability of DNA inside white blood cells after daily consumption (1.25 cups) of them.

Carrots have an ANDI score of 458. A 10 year study from the Netherlands assessing the relationship between vegetables and cardiovascular disease (CVD) showed that carrots were the most prominent member of this dark orange/yellow food category. Participants who had the least carrot intake had the least amount of CVD risk reduction, even though they still received risk-reducing benefits from their carrot intake. But, those who consumed at least 25 more grams (less than ¼ of a cup) of carrots had a significantly lower risk of CVD. On top of that, the participants who ate 50- or 75-grams of carrots daily had an even more greatly reduced risk of CVD. So, make sure to eat these orange beauties daily!

With an ANDI score of 340, broccoli is a superior, nutrient dense cruciferous vegetable. These little trees are a good source of protein, vitamin E (alpha tocopherol), thiamin, riboflavin, pantothenic acid, calcium, iron, magnesium, phosphorus and selenium. Broccoli also has a ton of dietary fiber, vitamin A, C, K, and B6; also present in this veggie is the important nutrient folate, potassium and manganese.

Strawberries have an ANDI score of 182. When these heart shaped fruits were measured for total antioxidant based on common serving sizes, these berries ranked third among all U.S. foods including spices, seasonings, fruits, and vegetables. Strawberry support and prevent against cardiovascular disease,  improve regulation of blood sugar and decrease the risk of type 2 diabetes, and they prevent against certain cancer types including breast, cervical, colon, and esophageal cancer.

The round purple hued fruits have an ANDI score of 157. Plums and their dried counterparts the humble prune, increases absorption of iron in the body. This ability of plum and prune to make iron more available may be related to the vitamin C content of  this fruit which is comparably high as far as fruits go.

These berries have an ANDI score of 132. They are rich in antioxidants and they benefit the nervous system, possibly improving brain health and overall memory.

Smelly as they are, onions have an ANDI score of 109. To get the most flavonoids out of this bulbous vegetable, do not over peel it ― the flavonoids tend to be more concentrated in the outer layers of its flesh. For example, a red onion can lose about 20% of its quercetin and almost 75% of its anthocyanins if it is “overpeeled.”

These brightly colored fruits have an ANDI score of 98. Oranges have a wide range of phytonutrients, including: citrus flavanones (types of flavonoids that include the molecules hesperetin and naringenin), anthocyanins, hydroxycinnamic acids, and a variety of polyphenols. In conjunction with its high vitamin C content, the common orange is a good fruit to include in your everyday diet.

Flax seeds have an ANDI score of 103. Flaxseeds are very rich in omega-3 fatty acids, and its primary acid is alpha-linolenic acid, or ALA. Flax seeds also contain lignans which are fiber-like compounds that provide antioxidant protection due to their structure as polyphenols. ALA and lignans may be helpful for heart disease, inflammatory bowel disease, arthritis, and other health problems.

Cherries have an ANDI score of 55 and are full of antioxidants that prevent or repair the damage that is done to the body’s cells by free radicals. Some flavonoids and compounds that these cute red berries possess include queritrin (a potent anticancer agent), ellagic acid (a naturally occurring plant phenolic known as an anti-carcinogenic/anti-mutagenic compound), and perillyl alcohol or POH (a compound that reduces the occurrence of all types of cancer).

Consuming nutrient dense foods daily can greatly aid in maintaining or improving your overall health and well-being, so make it a priority!