Is Watercress the New Kale? 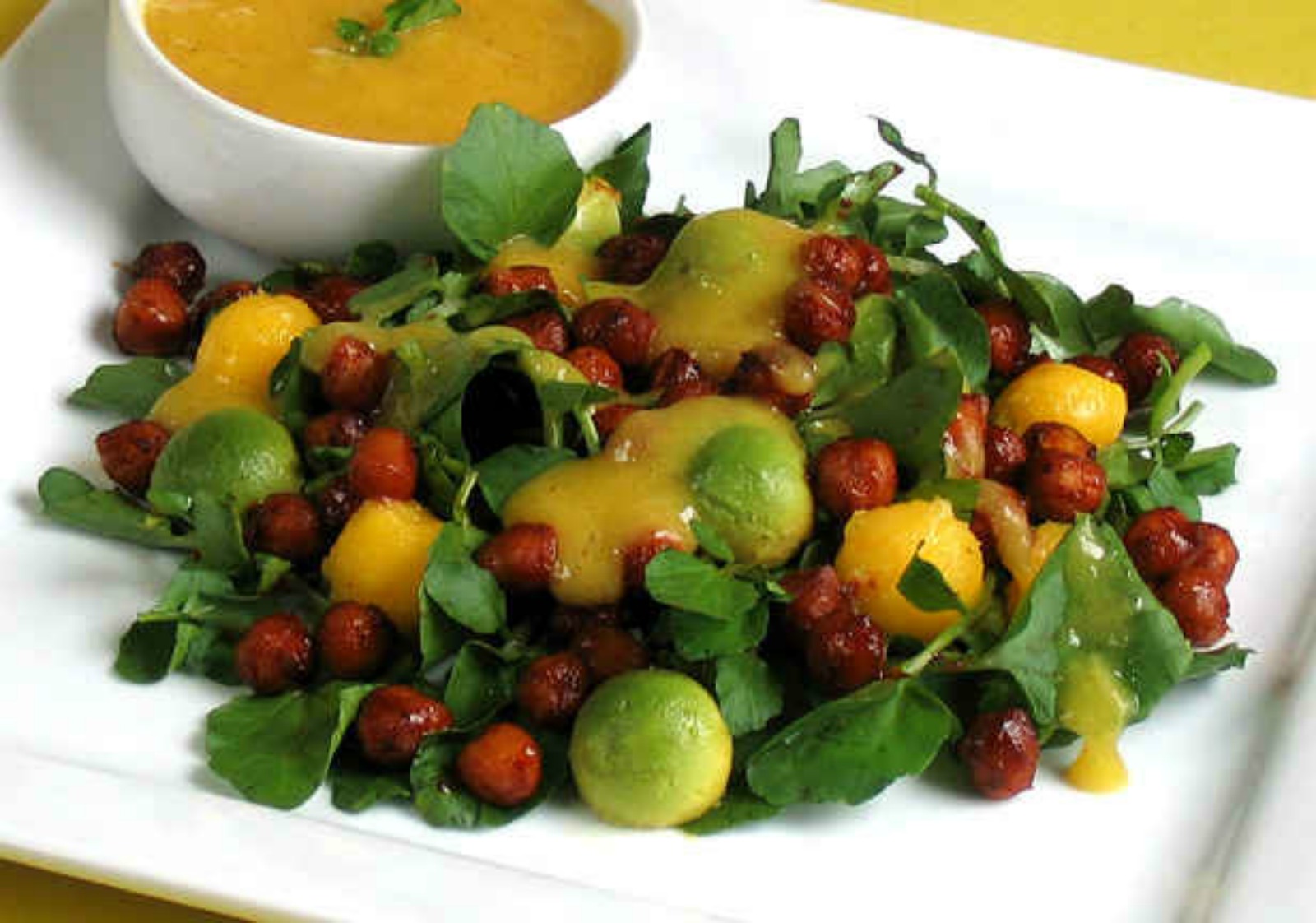 Kale may be king of the leafy greens, but when it comes to being an overall nutrient superfood, there’s another you need to get to know quickly if you’re concerned about overall nutrient intake. A lesser known green, watercress (a member of the cruciferous family) ranks as the top most nutritious food of all nutrient-dense fruits and veggies out there. So kale, we love you, but the spotlight goes to someone else this go round!

What is Watercress and How Does it Taste?

Watercress, a slightly sweet and spicy green that you won’t find at every market, is an amazingly delicious green to enjoy when you get the chance. Reminiscent of arugula and spinach combined, you’ll find it often still with the roots attached or even sold in small water pots at stores like Whole Foods. You can also grow it yourself if you’re up to the challenge. Use it raw when possible, since the nutrition content is higher when eaten raw, but you can also cook with it if you like. It’s a soft, small plant with multiple leaves that looks similar to a mini lily pad. Use it in delicate dishes like salads or wraps where you’ll get a nice taste of its almost feminine, buttery softness. This Smoky Chickpea and Watercress Salad with Mango and Avocado is the perfect way to try it out!

Why Watercress is Rockin’ The Nutritional Panel:

Out of 41 fruits and veggies, watercress proved to contain the most antioxidants and ranked at the top of the list measuring 17 different nutrients. The Center for Disease Control conducted a study measuring the content of potassium, fiber, protein, calcium, iron, thiamin, riboflavin, niacin, folate, zinc, and vitamins A, B6, B12, C, D, E, and K in the 41 fruits and veggies tested. Surprisingly, though kale made the top 10, it wasn’t the winner of the nutrient beauty pageant, if you will. In fact, on a scale of 1-100, kale came in at a 49, while watercress took home the crown with a 100+!

What Other Foods Besides Watercress Have the Most Nutrients?

The nutrient tests were conducted to show consumers what fruits and veggies could provide them with the most all around coverage in nutrient density. They were then given an average score, each nutrient’s score. The cruciferous veggies like watercress, kale, broccoli, cabbage, etc., all topped the list while other leafy greens such as spinach, romaine, and beet greens also ranked high on the list. It seems watercress, Chinese cabbage, and chard can provide us with the most benefits, while spinach and beet greens fall right after.

How do Fruits Fare in Comparison to Veggies or Greens?

The shocker was that neither blueberries, raspberries, or blackberries topped the list, nor did most other fruits in general, or even members of the allium family like garlic and onions (both very healthy foods.) Why? Because those foods are high in phytochemicals but not as high in overall combined nutrients. The red bell pepper actually won the crown for the fruit department, followed by pumpkin, tomatoes and then lemons. Since berries and many other fruits, vegetables not listed, and garlic and onions are incredible foods to eat, don’t steer clear of any piece of produce like berries, especially when they’re all a better source of nutrition than a processed protein bar or cheap vending machine snack.

How to Eat The Highest Amount of Nutrients and Eat Enough:

If you’d like to know what exact fruits and veggies topped the CDC’s list, see the list from The Washington Post’s website. You can also see how many servings the CDC recommends for you with this calculator based on your age and weight. This makes it simple and gives you a measurable number (but feel free to go over that number since you can never get too many!)

Whatever you do, don’t kick kale to the curb just yet. Though it’s no longer king of the plant-based kingdom, we still heart it just as much as always! But we’re also going to give watercress a whirl whenever we get the chance, so we invite you to join along with us. After all, variety is the spice of life!