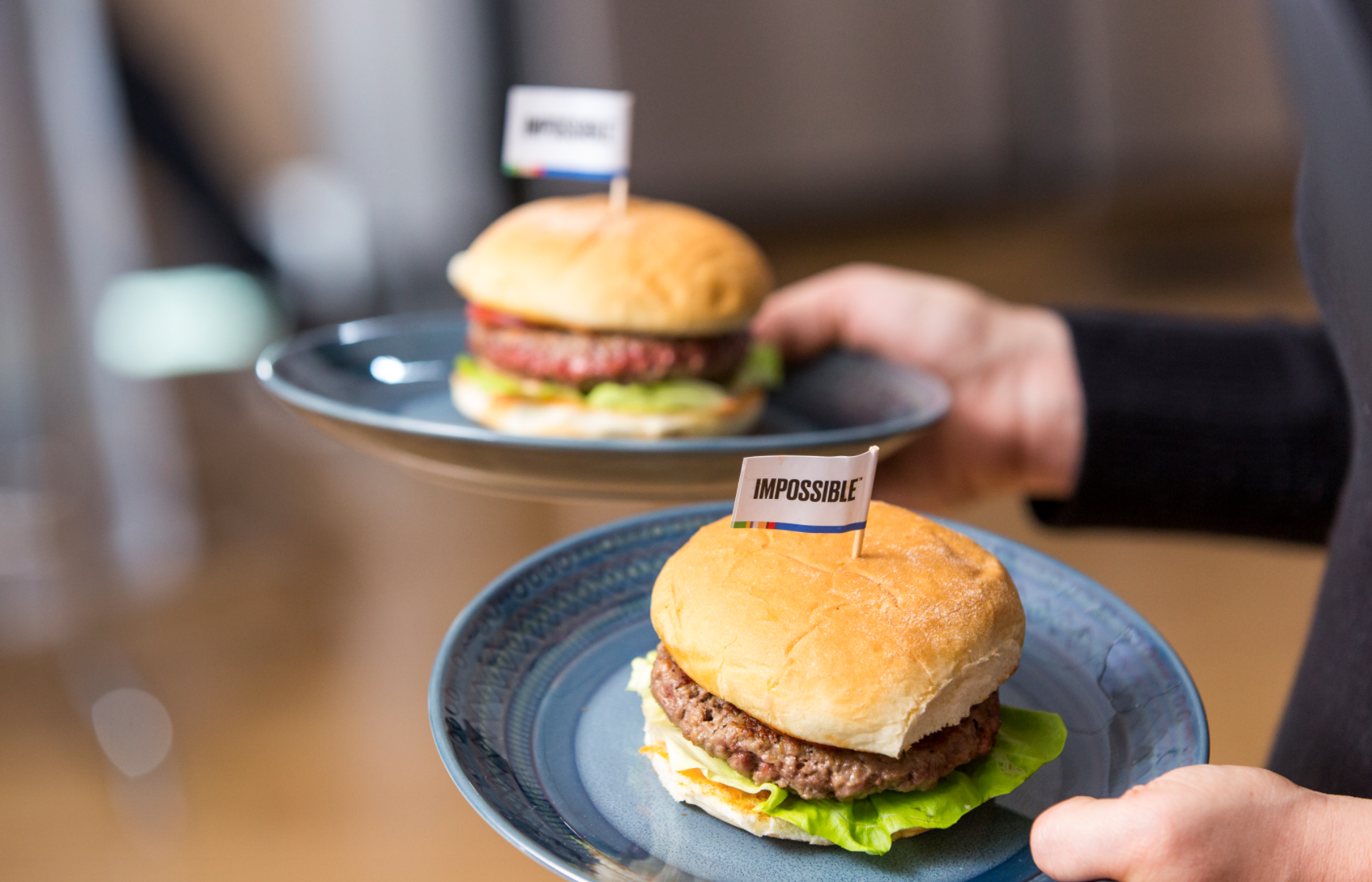 In Canada, the Impossible Burger will be available the country’s top restaurants such as Bymark, Maker, Patois, and Ufficio. Impossible Foods plans to expand its burger to more locations throughout Canada in the upcoming weeks as well as into grocery stores later this year.

“The launch of Impossible Burger in Canada is a watershed moment for Impossible Foods — a proof point and accelerator for the international movement toward a sustainable, plant-based food system,” said Impossible Foods’ CEO and Founder Patrick O. Brown. “I’m also 100% confident that Canada’s world-class chefs will create some of the most delicious and unique Impossible dishes on the planet.”

Much of the Impossible Burger’s success in the U.S. came from partnerships with high-profile chefs like David Chang, David Myers, Gordon Ramsay, Wolfgang Puck, May Chow, Traci Des Jardins, and Chris Cosentino.

The plant-based meat company also announced that Impossible Sausage will be making its international debut in Hong Kong.

Impossible Sausage was unveiled in January 2020 and has become available at more than 22,000 locations throughout the U.S. Starbucks began selling its Impossible Breakfast Sandwich with Impossible Sausage in June 2020, further expanding the plant-based product in the U.S.

“Unprecedented demand for Impossible Sausage is a clear signal to incumbent industry: Consumers are accelerating the shift to a plant-based food system,” said Brown. “This is particularly true in Asia, where pork dominates the meat market yet represents catastrophic threats to public health and the natural environment.”

Since the COVID-19 pandemic began, plant-based meat sales have skyrocketed, especially in Asia. The Canadian government has also recognized the growing demand for plant-based meat among Canadians, investing $100 million to support the creation of plant-based ingredients and plant proteins.

Read about the recent developments in the plant–based meat industry.

Eating more homemade plant–based foods is known to help with chronic inflammation, heart health, mental wellbeing, fitness goals, nutritional needs, allergies, gut health, and more! Dairy consumption also has been linked to many health problems, including acne, hormonal imbalance, cancer, prostate cancer and has many side effects. Interested in joining the dairy-free and meatless train? We highly recommend downloading the Food Monster App — with over 15,000 delicious recipes it is the largest plant–based recipe resource to help reduce your environmental footprint, save animals, and get healthy! And, while you are at it, we encourage you to also learn about the environmental and health benefits of a plant–based diet.