Getting Raw! How to Work Raw Food Into Every Meal (and Not Just Salads!) 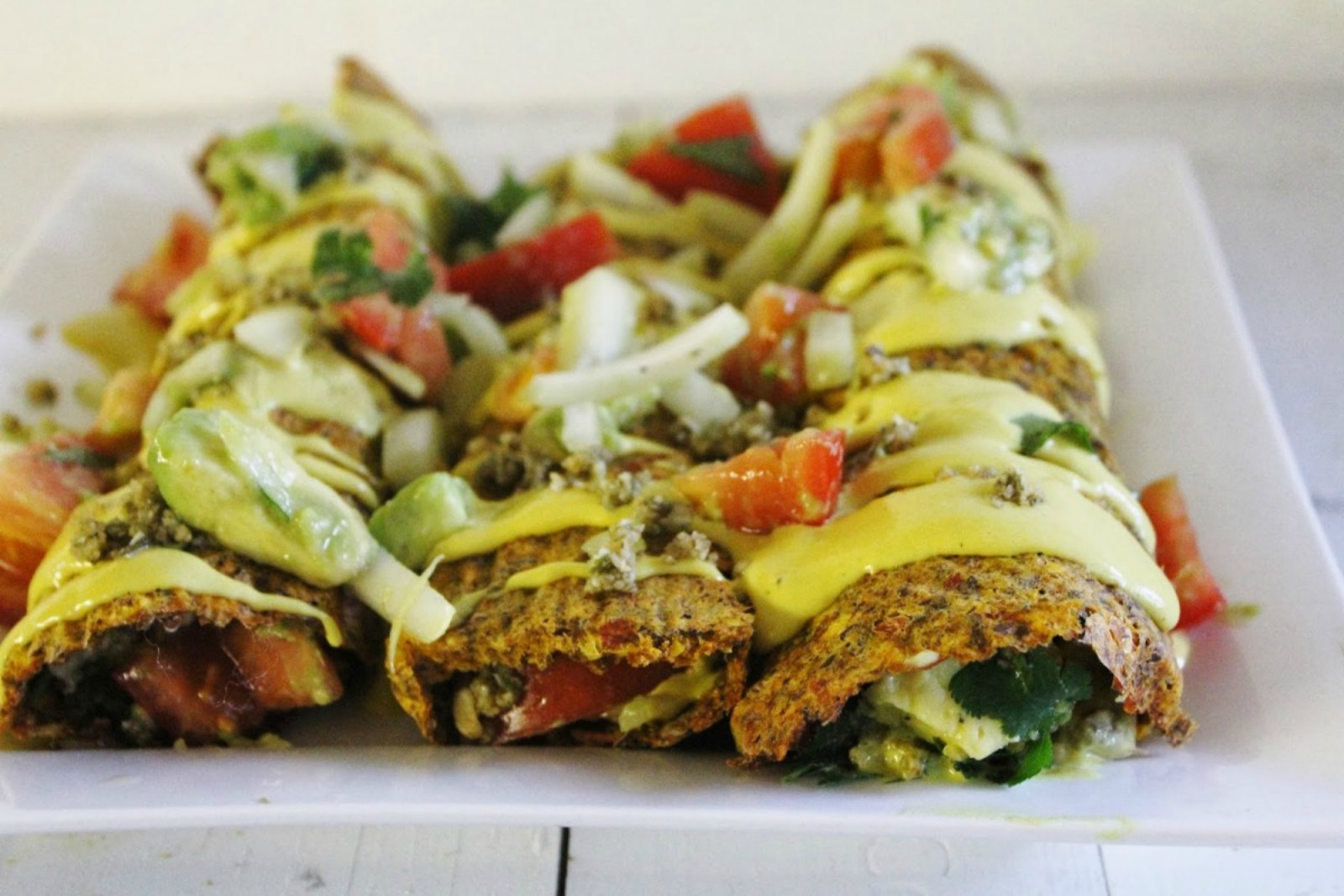 Raw food is a good thing to include in your daily diet. After watching the documentary Food Matters, which looks at the medicinal benefits of plant-based diets with lots of raw food, my wife and I were inspired to start trying to incorporate more uncooked elements into our meals. At first, this largely centered around salad sides every time we ate, and it was actually a welcomed addition.

However, we soon realized that our goal of a fifty-fifty raw to cooked food daily diet would be hard to reach on salads alone. So, we started investigating and learned just how many other ways we could include raw components to our meals. While the thought of somehow including so much uncooked food had once seemed overly daunting, it has actually become quite easy and, dare I say, a little bit exciting. Soon, nearly every dish we prepared included something raw.

Wishing to load up on anti-oxidants and other medicinal qualities, we’d long since included a healthy mix of (mostly fresh) herbs in our diet, but we upped the ante. At the side of nearly all our legumes, stews and soups, we included a fresh mix of chopped herbs and spices, including the highly healthful additions of raw ginger, garlic, peppers and turmeric. Not only were we literally eating medicine in every meal, but also we discovered this rawness made for much more flavorful food.

Find out how to make your own spice blends if you’ve never tried – it’s a piece of cake!

It started with raw pesto sauce, using basil, seeds, garlic, lemon juice, olive oil and nutritional yeast (for the ever important B12). From here, we began experimenting, adding different vegetables. Soon, all our pasta dishes were topped with raw sauces, from creamy curries (use coconut milk), chunky vegetable tomato sauces and all manner of “pestos” (blended greens of all sorts provide a great earthy flavor). To make a tasty summer soup, we just do the same thing with a little more liquid.

We love this Raw Green Pea Soup, which is refreshing anytime of the year and can be customized depending on the flavors you enjoy.

After getting into the raw sauces, we quickly realized that a great way to incorporate raw food into otherwise cooked dishes was to simply not cook stuff that didn’t need to be. We learned to always add a few ingredients after the dish had been heated. Sometimes this just occurred normally, such as with hummus, and other times it only took a slight recipe adjustment. My “Mexican” potatoes used to involved cooking them with bell peppers, tomatoes, onions and chilies, but I discovered it worked even better with those veggies uncooked. It was easy once we started looking for these opportunities to use raw produce.

Try these Raw Vegan Enchiladas with Chunky Salsa, Cheesy Sauce, and Spicy Nut Meat, which is 100 percent raw and a great way to use raw foods in Mexican dishes besides a typical taco salad.

We had already loved dehydrated fruit before going on the raw kick, so our dehydrator was often full and running. Upon learning that food not heated higher than a certain temperature was still raw, we simply adjusted our setting and dried our food out more slowly. Dehydrated fruits are a great snack, especially for vegans who don’t always get such chewiness. Plus, greens and seeds can be dried and ground to make nutritional powders that can enliven soups, smoothies and sauces. If you’ve never made dehydrated fruit, be sure to check out our easy how-to tips! You can even make your own veggie chips for dip, or just to munch on alone.

The use of frozen food is debated in the world of raw eating; however, there seems to be a consensus that freezing fresh and local is much more nutritious than importing or cooking. We have fruit trees and we cannot keep up with them, so we freeze a lot of the fruit to use it later. Sorbet/”ice cream” for dessert became a perfect way for adding more raw food to meals that were mostly cooked. Suddenly, to my delight, dessert was adding the healthy element to what we were eating. Mango banana soft serve became a common, spontaneous occurrence at the end of many, many meals.

Of course, there are numerous other ways to add raw food to daily meals, and there are copious recipes for raw dishes all across the spectrum. However, these have been the ways we’ve been able to maintain that fifty-fifty combination we were after. And, we’ve felt better for it.