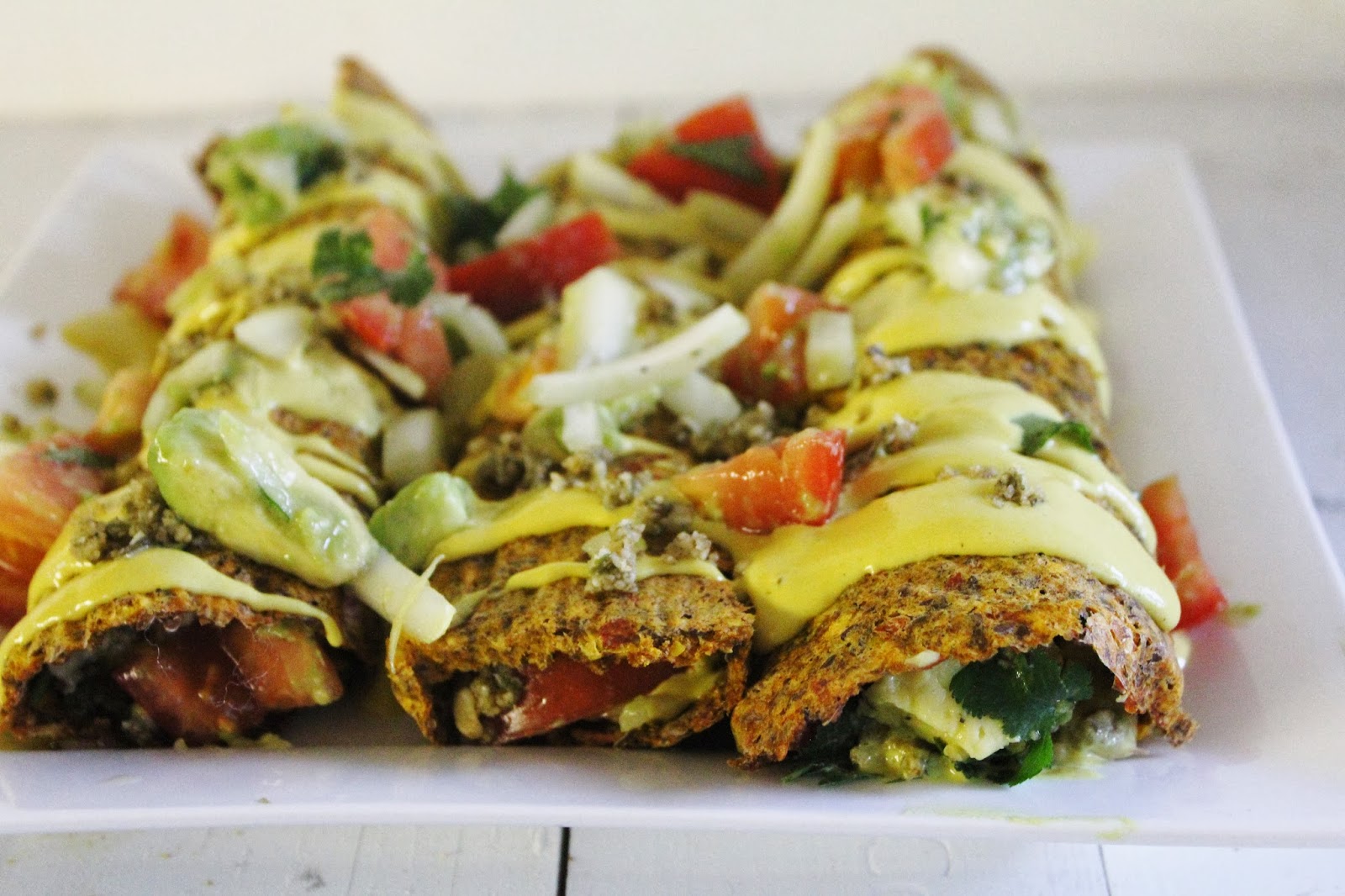 These raw vegan enchiladas are too delicious. A chunky salsa of avocado, tomato, onion, and cilantro, mixed with a walnut taco meat, spiced with cumin and coriander, all wrapped up in raw tomato-corn tortillas and covered in a creamy cashew cheese sauce. This is savory food heaven. These raw vegan enchiladas are epic. Not authentic at all (you can't be when you make something raw and vegan, just being frank here), but they are mind-blowingly tasty nonetheless. It's quite a simple recipe and doesn't take long to make at all, not including dehydration time for the tortillas. The taco nut meat is almost too good to be true, and the cashew cheese sauce will make you sing. It goes without saying that the salsa is fabulous. Make a raw vegan enchilada now, then freak out with joy.

For the Cashew Cheese:

For the Taco Meat:

To Make the Tortillas:

To Make the Cheese:

To Make the Taco Meat:

To Make the Salsa:

You'll have left over cheese sauce.

Total Calories: 2092 | Total Carbs: 123 g | Total Fat: 152 g | Total Protein: 81 g | Total Sodium: 1352 g | Total Sugar: 29 g Note: The information shown is based on available ingredients and preparation. It should not be considered a substitute for a professional nutritionist’s advice.