How to Make Your Own Apple Cider Vinegar 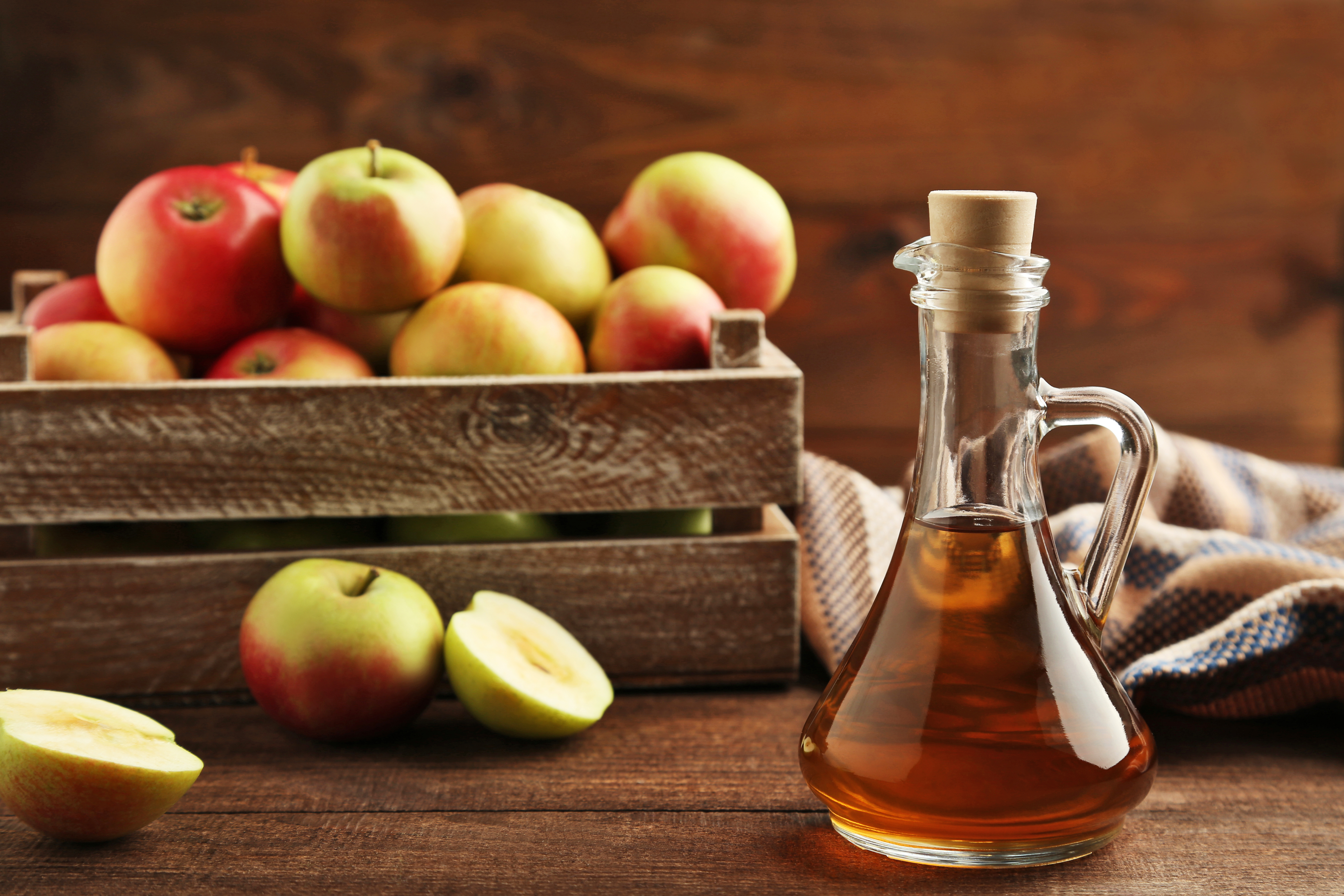 Apple cider vinegar, cooly referred to as ACV, is beyond wonderful. Not only is it a flavorful addition to recipes, the likes of beans, salads and sauces, but it has medicinal qualities so respected that some folks simply ingest it by the spoonful to make sure not to miss a daily dose. And, that’s not even getting into the household uses and hacks that ACV can make a reality. It’s good stuff. It’s powerful stuff. It’s something we should all have in the cabinet.

However, like many products in the modern market, sometimes store-bought apple cider vinegars come with artificial flavoring and/or chemicals. The majority of them have been pasteurized, which destroys much of the goodness we are after. To put it simply, the super boosting benefits from apple cider vinegar comes from the raw, organic stuff.

But the more economic, environmentally friendly, and healthier choose — as is often the case — is to simply make our own. While that may seem a little intimidating at first, it’s not such a tough thing to do.

Amazingly, DIY organic apple cider vinegar only takes three ingredients: organic apples (obviously), raw organic sugar, and filtered water. Some people like to experiment with different varieties of apples, combining different proportions of sweet, sharp, and bitter. This isn’t a bad idea for tweaking the taste, but it’s not necessary for making the vinegar itself.

The list of materials is as short as the edible components, including only a wide mouth gallon jar (or a couple of old, large pickle jars), some type of breathable cloth that will let air circulate while preventing insects from getting into the jar and a rubber band to secure the cloth onto the jar. Otherwise, it’s a mixing spoon, a knife, cutting board, and other things found in just about any kitchen.

Essential creating raw organic apple cider vinegar comes from an extended fermentation process. The first step is to cut up apples into cubes about an inch across (better to be slightly bigger than smaller). Fill up the jar about halfway, or a tad more then submerged them in water. Finally stir in about a cup of sugar per gallon of mixture until the sugar is dissolved. Cover the jar with the cloth and fasten that down with a rubber band.

For the next week, the mixture should be stirred once or twice a day. After a couple of days, there should be some noticeable bubbling occurring at the top of the mixture. Ah, fermentation! Essentially, what this step is doing is making hard apple cider, the alcoholic drink. When the apples sink, the cider is ready (and delicious). The hard part here is not drinking it.

Once the hard cider is ready, recommendations include sequestering at least one glass on ice. After that, the next task is to strain out the pieces of apple, transferring the liquid to a new clean jar with a fresh cloth to keep the critters out. At this point, it’s possible to put each bit into smaller container if that’s preferable, but once all is in place, the whole process turns into patience and faith.

The transformation from barroom cider to apple cider vinegar takes about three or four more weeks. In this time, a bit of sediment is likely to collect at the bottom of the jar(s), and a funky film — something like a kombucha mother — will begin congregating at the top of the liquid. Fear not, this is expected and normal. At about three weeks, start sampling it for the desired flavor.

After roughly one month and very little attention, the final results should be a DIY raw organic apple cider vinegar. If it seems to want for a little more humph, then let time work its magic and leave it for another few days. If it seems a bit too strong, then add water until the acidity feels right. Store it out of sunlight and use it as often as you like.

Vinegar doesn’t really go bad. It may form another film on the surface if it’s left for a long time, but that can be taken care of by straining it away. As well, the flavor may continue to get stronger by the week, but that can be corrected with a little more water, just as before. Hey, at this point, we’ve got apple cider vinegar, more or less at its best. Congratulations. Use it often.