How to Make Hummus without Canned Beans 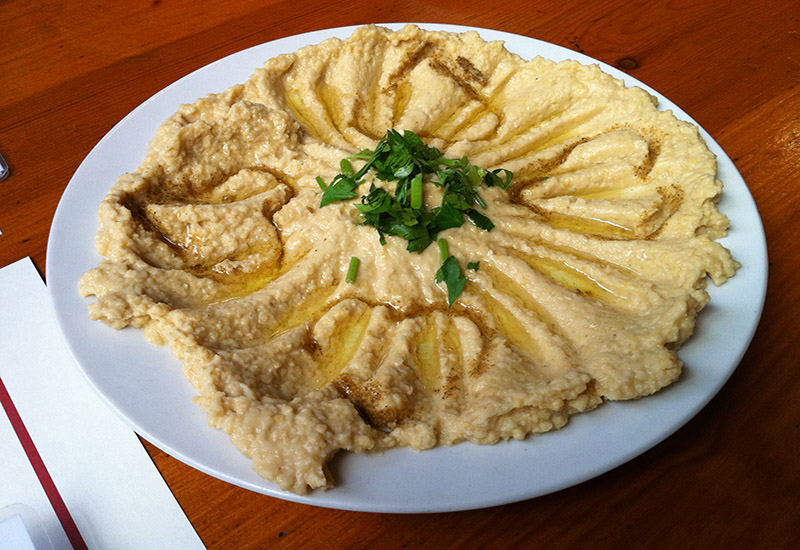 Hummus is the king (queen?) of dips and spreads. In fact, it is in a league of its own because of its superiority. You can literally put it on anything and it’s still incredibly delicious. But, the deliciousness of hummus declines when it is not made fresh. Canned beans are usually a no-no if you want to make delectably divine hummus—so make your own or go without—because it’s probably not worth it! Thankfully, below are five steps to solve the canned bean dilemma for your hummus-making. Read on, and let your fears subside!

1. Soak Your Own Beans

It’s not hard to put some water over dry, petite bean nuggets. To avoid buying canned beans, you have to know how to make them, and that, my friend, involves soaking. For a traditional hummus, chickpeas or garbanzo beans (or whatever they’re calling them these days) are required, but don’t fret, they are super simple to prepare. A Green Monster has already enumerated how to soak these little beauties, so click here and soak up some of those beans!

2.  Forget the Beans; Use Zucchini

Bean-free hummus…what? Yep. You know that weird green or yellow vegetable that grows in multitudes come summer time? That’s zucchini, and it’s the way to go for a delicious bean substitute. This recipe just calls for this miraculous vegetable to be chopped up and ground up in a food processor, which is why I have ‘get a food processor’ listed as number four on this list. As the Queen of Hearts says, “THAT’S VERY IMPORTANT!”

I know, I know, this recipe has chickpeas in it, but why use store bought ones, or why use them at all? You can cook up your own chickpeas (see above) or omit them. It’s your choice, but sweet potatoes are pretty grand alone. If you choose to leave out the beans, then essentially you aren’t making hummus, but you could still call it that. It’s still a dip.

4. Get a Food Processor

Why used canned or pre-made tahini if you’re not using canned beans in your hummus… hmmm? Tahini is basically just ground up sesame seeds anyway, so just shove some of them into your food processor and grind away. If you don’t have said kitchen appliance, then get your hinny over to the supermarket and purchase one, or just use your blender. You can use your sparkly, new device to blend up the chickpeas you’ve soaked and cooked too, so don’t be sad because you’re spending $20 on an appliance. It is $20 well spent.

Yes, one more thing, Jackie, you need to have a slow cooker or pressure cooker because they are awesome. Beans are so easy to make in one of these babies, so while you’re at your supermarket picking up a food processor (which is basically identical to the grinder in your kitchen sink but more sanitary) get one of these things too, either physically in the store or on your smart phone while you’re at the store. Once you get to cooking your soaked beans, drain them and stick them in your slow cooker or pressure cooker with some kombu. The sea weed helps to mitigate gas that often comes with consuming legumes as well as speeding up the cooking time. On top of your bean and seaweed mixture, put enough water to submerge them. It takes a couple hours to cook the beans, but it doesn’t require a lot of finesse or attention. Click here for a more detailed methodology.

Don’t be intimidated by five measly steps: it is definitely possible to make hummus without canned beans! As you can see, it really isn’t that difficult to cook up some beans and throw them in a food processor, and there are lots of other ways to get creative here. Once you take that leap of faith and get your first bag of dried beans, you’ll never have to buy those plastic containers of hummus again! Seize the day, and soak some beans!