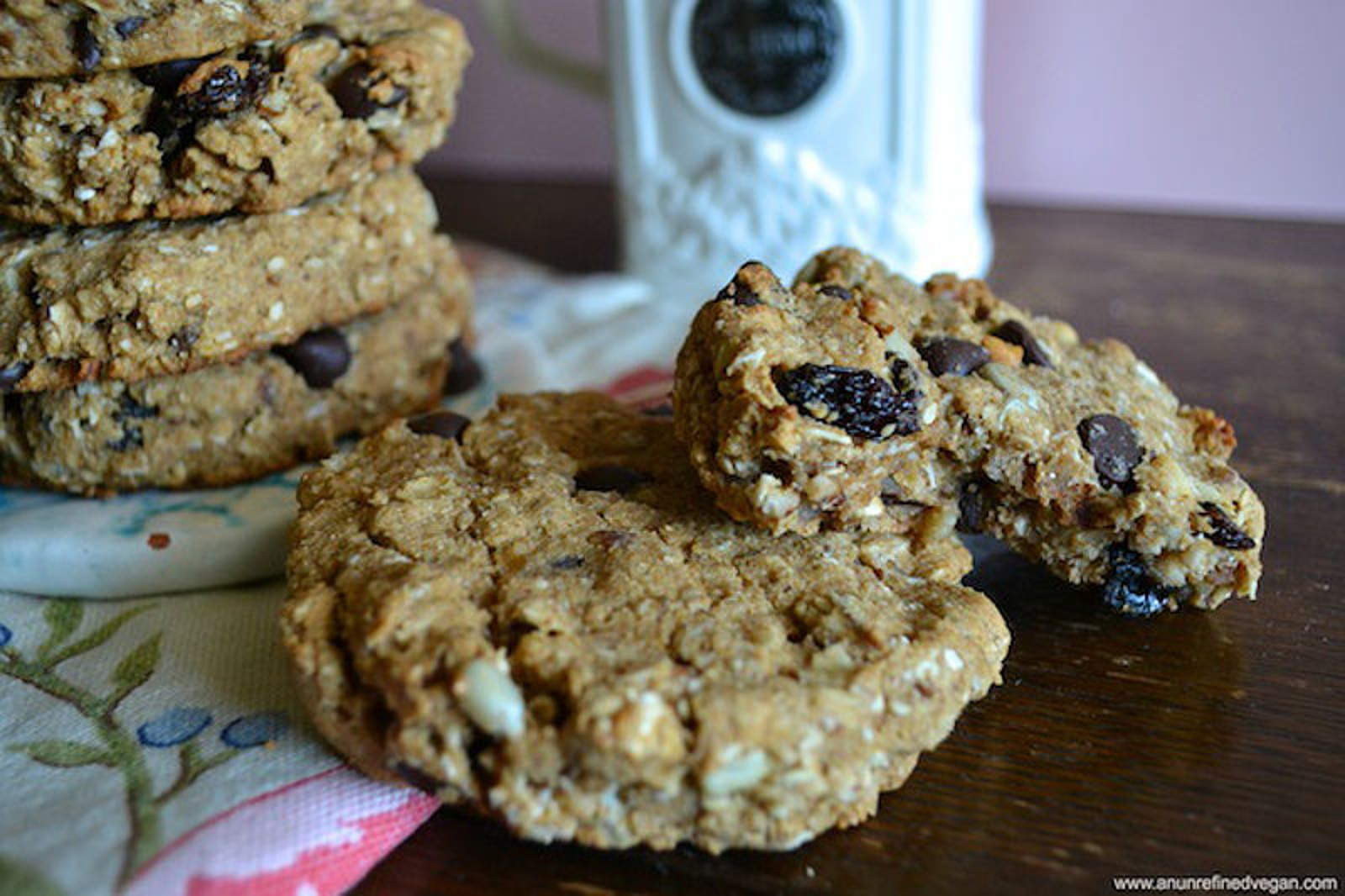 Whether you’re looking to make soup, stew, pudding, homemade jam, dressing, or a fabulous dessert, there are some awesome vegan ingredients you can use to thicken your recipes with. Most recipes use either gelatin (which isn’t vegan) or cornstarch (which can be inflammatory).

Instead of using one of those less-than-appealing options, try out some vegan ingredients you can use to thicken a recipe with. Remember to start with just a little bit of these thickeners because if you use too much at first, you could end up with a thick, goopey mess instead of the results you’re looking for. You can always add more if needed. However, most of these thickeners work quite well in very small amounts. Try them out and let me know what you think!

Psyllium husk is a popular type of plant-based fiber. It’s also nearly calorie-free since it’s virtually all fiber.  Psyllium is also tasteless, gluten-free, low-carb, and it helps aid digestion. You usually only need about 1/2 teaspoon per single serving recipe for it to thicken a recipe quite well. I use it in soups, stews, smoothies, baked goods, and homemade sauces. You can also use it to make vegan salad dressing or just add it to beverages for extra fiber.

Coconut flour is by far the tastiest and most enjoyable of these vegan thickeners. It’s often used as a gluten and grain-free baking agent but I personally use it in just about everything. Oatmeal, breakfast bars, cookies, smoothies, puddings, pies, cookies, truffles, cupcakes and cake, and muffins can all be made with coconut flour to improve the texture and thickness.  It’s great for thickening soups and stews since it gives it a biscuit-like texture once you stir everything in. Despite the name, coconut flour has a subtle cake-like flavor more so than one that tastes like coconut. Coconut flour is also an extremely healthy replacement for flour. It’s full of protein, fiber, has very little carbs and fat, and contains anti-microbial properties to aid in healthy gut function.

Agar agar is a type of seaweed that became popular several years ago but has been around for many years. It’ s commonly used in many vegan yogurt and dessert recipes since it has a nice gelatinous texture. You can buy the powdered flakes at the store, which are clear and easy to add to just about anything. Like most seaweeds, agar agar contains very little calories, no sugar or fat, and a little bit of fiber.

Chia seeds gel up just like gelatin so you can use them anywhere gelatin is called for. You can also use milled chia, which is also known as chia flour, to use in place of flour or cornstarch in any recipe. Feel free to add either the whole seeds or the milled version to a smoothie, oatmeal, bread, granola, or other baked goods and desserts. Since chia is tasteless, it’s versatile and easy to use anywhere, not to mention incredibly nutritious for you. If you don’t like using chia in a recipe, flax seeds work just as well.

Chickpea flour, or garbanzo bean flour, is made by grinding dried chickpeas into a flour.  It also has an amazing taste and texture and works well as a natural thickener in soups, stews, pancakes, vegan omelets, or as a one on one replacement for wheat flour. Try it in these Tomato Chive Chickpea Pancakes as a great example of how this common grain-free flour can be used. Chickpea flour is also gluten-free and very similar in nutrition to regular chickpeas.

Xanthan gum is a popular gluten-free baking agent that you can use in gluten-free bread or other baked goods.  Many people also add it to smoothies and sauces to create a fluffy, thick texture. Xanthan gum is fermented from a sugar derived from corn, so always buy GMO-free brands when possible since corn is often genetically modified. Xanthan gum is safe but has been shown to cause digestive upset in those that aren’t quite used to its voluminous properties. When using it, do be sure to start with just a little bit since adding too much will create a gooey, gum result instead of the thick, fluffy effect you’re looking for. For example, I’d use no more than 1/8 of a teaspoon to fluff up a smoothie, but in a baked recipe like muffins, be sure to use whatever the recipe calls for.

Lastly, if you’re an oat lover, you have two great options that you can use to thicken your recipes with. The first is basic old-fashioned (rolled) oats, which make an awesome thickener and alternative to flour in baked goods. You can also use them to thicken smoothies and they add extra fiber and complex carbohydrates as a bonus. Be sure to buy gluten-free oats if you’re sensitive to gluten or have an allergy since oats are often processed in a facility where wheat is and cross contamination can occur.

Another option you can try is straight oat fiber. Oat fiber is different than oat flour, which contains the whole oat grain. Oat fiber is just the fiber found in oats and none of the rest of the grain. Since fiber goes through the body undigested, oat fiber is calorie, carb, and fat-free, but it still has an awesome oat taste with a slightly nutty texture. Oat fiber, in my opinion, is the second best option to coconut flour for baked goods because it has a lighter, fluffier texture than whole oats do. You can also use oat fiber as a one to one replacement for flour, or just use it to thicken up a stew or soup.

Remember to try out different thickeners to see which one fits your needs. I also suggest you try different recipes with each thickener so you can get a feel for which ones work best in various dishes. Do you use any of these ingredients to thicken your vegan recipes?