10 Tricks to Reducing Your Sodium Intake 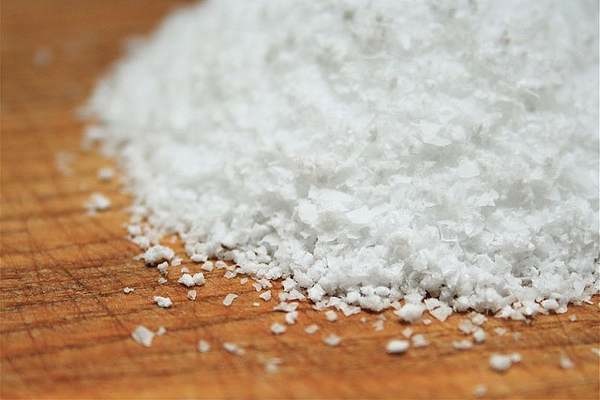 According to the Centers for Disease Control and Prevention, a whopping 90 percent of Americans eat more sodium than is recommended for a healthy diet. Eating less sodium can be challenging, because there’s simply a lot of salt in our food. However, it’s important to monitor salt intake in order to prevent heart disease and obesity down the road.

Find a healthier you by kicking the salt shaker goodbye. Here are 10 tricks to reducing your sodium intake:

Beans and vegetables that come canned or in jars can be nutritious, but the downside is they’re packed with salt. The easy fix: rinse canned beans and veggies before consuming them. You wont get rid of all of the salt by doing this, but it will help lower the amount you consume. A 2011 study in the Journal of the Federation of American Societies for Experimental Biology by the USDA Nutrient Data Laboratory found that draining and rinsing reduced the sodium content between nine and 23 percent.

2. Switch to the low sodium or sodium-free version of soups and snacks

Many soup brands have low-sodium versions alongside their regular soups. For example, Amy’s vegetarian soup section includes many varieties of lentil soup with varying sodium amounts, so read the nutrition labels. Opt for the option with less salt, and make switches like this with all packaged foods.

According to the Centers for Disease Control and Prevention, more than 75 percent of the sodium Americans consume comes from processed and restaurant foods. Be careful with how much of these foods you’re consuming. Frozen meals and packaged snacks have a long shelf life, but they’re laden with sodium, so be mindful when you’re choosing convenience foods.

If you like to add salt to food, try replacing the salt shaker with spices. Replacing bad foods or choices with better ones that give a similar taste and feel is a great way to stop eating unhealthy foods. Try using pepper and lemon on steamed veggies instead of salt. Or using paprika or some pepper spice to give your food a kick without salt.

5. Stay away from fast food

It’s not a coincidence that the United States has an obesity problem as well as a cultural standard of eating fast food. That stuff packs a delicious taste because it is so heavy on sodium. Stay away from the fast food if you want to cut down on salt or keep your intake level down.

6. Take the salt shaker off the table

Sitting down to dinner without seeing that staple salt shaker may help you hold off on shaking it. If you have to get up from the table for the salt, you’re making a longer, conscious decision, not easily reaching for it in the middle of the table. Don’t make it easy for yourself to sneak in extra salt. Instead, take it off the table and hide it in the pantry.

7. Ask the waitress or waiter if the chef can hold the salt

Depending on where you’re dining, ask the waitress or waiter if the cook can reduce the amount of salt they use on your entrée. Unless the food is pre-cooked, the chef can easily hold off a shake or two for a reduced sodium dish.

The picture and title of that frozen dinner can sound scrumptious, until you read the nutrition facts and see that it can contain up to 40 percent of your daily recommended value of sodium (or even more!). Be careful with packaged food, and get into the habit of reading nutrition labels on anything that catches your eye. You’ll be aware of how much salt you’re eating. That high mg. amount just may deter you from getting the item.

Another trick that makes you aware of how much salt you’re consuming is to keep track of everything you consume. For two weeks, write down how many mg. of sodium you eat at each meal. When you write it down, you can be more mindful of what you’re choosing.

10. Make more of your own food

The sodium content is typically high for items that come frozen or packaged. There are low-sodium alternatives, but as a general rule, try making more of your own food instead of eating out. Make up your own rule, such as cutting your dinner trips out by half each month. Think of what you like to eat when you’re out that you could easily make, like that hummus sandwich and kale salad from the deli around the block. Preparing your own food gives you control over the salt used to cook it.