Manly Vegans and the Coming World 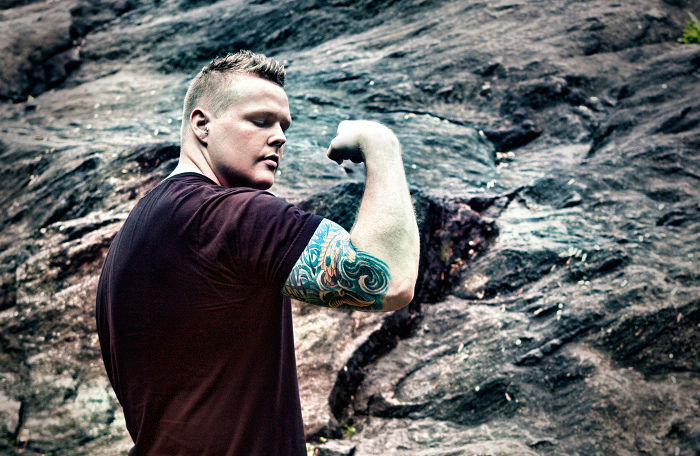 “Hard, tough men, disconnected from their inner wellsprings of intelligence and compassion, are a frightening and devastating force on this Earth, and in a herding culture like ours, they are often the role models that boys naturally emulate.” (The World Peace Diet, p. 42)

One of the most illuminating and empowering discoveries we can make about our culture, and that I discuss at length in The World Peace Diet, is that we all live in what is essentially a herding culture, organized at its core around one basic activity: owning and confining animals as property for food and other products. It’s hard to see this, because it goes against the official stories and shared conceptions, but when we strip away the outer façade of technology and urbanization, it’s plain to see. We live in a herding culture that has its living roots, practices, and orientation in the old herding cultures that emerged in the eastern Mediterranean ten thousand years ago.

All herding cultures are characterized by male dominance of women, reducing animals and nature to commodities, and a tendency to being bellicose because raising livestock for food requires far more land, water, and aggressiveness than obtaining food from plant-based sources. Dominating the largest animals—cattle—created the world’s most pugnacious cultures, and produced men capable of relentless violence toward powerful animals and rival herders. The macho herder or cowboy became the role model for boys, and this obviously holds true for our culture today. This is well documented to cause severe suffering for boys, who must learn to suppress feelings of gentleness and mercy in our adolescent culture of bullying, competition, and shaming that teaches boys to reduce animals to mere meat to be used for food and girls to objects to be used sexually.

All this lays the foundation for intense psychological suffering for both men and women, as well as conflict at all levels: internally; in marriage and family relationships; and in the regional and world affairs that are both a product and producer of this trauma and strife. Might makes right is the herder’s de facto rule and modus operandi.

Every one of us is forcefully influenced by this just being born and raised in this culture. I remember growing up and learning from my parents and teachers to look at certain animals as mere meat, and later learning from other boys to be tough, and to fight and to ridicule, and in locker rooms to view girls as no more than things to be dominated and used.

Today, the greatest gift we can give our families, our world, and ourselves is our effort to unlearn these toxic programs that disconnect us from the living joy, compassion, sensitivity, and tenderness that are our true nature. We all know in our bones that under the tough shell of the macho male is a scared and hurt little boy who is lost, weak, traumatized, and miserable. It takes real courage, strength, and compassion—the core manly virtues—to love and liberate this little boy, to take responsibility for our actions, to open to and feel the pain we have inflicted and continue to inflict on others, and to embrace the parts of ourselves we have ignored and denied.

Going vegan is an expression of all this. It is questioning and rejecting the desensitization we went through at the hands of a culture that forces us as children to compete in fishing derbies and to eat hot dogs, cheeseburgers, and tuna fish, and to scorn the weak and the “different.” To live a vegan life is to yearn that my life bless others rather than harm them, and to enlarge the circle of my compassion to include the vulnerable: imprisoned animals, free-living animals, hungry people, slaughterplant workers, future generations, ecosystems, and this exquisite Earth. All these are being viciously assaulted because of the indoctrinated human habit for animal foods.

Going vegan is the manly thing to do—which explains why so few men today are vegan. It is not manly to go to war, to kill, to relish victory over others, to inflict pain and insult, to consume conspicuously, to own excessive property, to be number one. These are the goals and actions of lost little boys who are too scared to question the orders they have been given by the inescapable programming of the herding culture into which we all were born. The heroic manly men of today are men who love their lives, who question the official stories, who are consequent in their actions and show respect and kindness to the weak and vulnerable, and who step in and speak out against injustice and inequity, and speak up for peace, freedom, and justice for all.

As men, we are called to mature emotionally so that we are no longer living merely to subconsciously please our parents and the early authority figures. We’ll never understand veganism if we remain stuck at that level. Going vegan is an expression of our effort to free ourselves from the imposed inner prisons, and to sing, dance, and create our lives as articulations of empathy and generosity. Real men are those who awaken from the cultural trance imposed primarily by our culture’s meal rituals.

Real men (and women) live an ongoing quest, understanding that going vegan is just the opening chapter of a much larger adventure of discovery and empowerment that is the destiny of us all. As we each increasingly embody the vegan qualities of kindness, commitment to justice, fairness, and being responsible consumers and empowered citizens, we create the foundations for the future that is beckoning. This is a future where we have real possibilities for world peace, sustainability, and abundance for everyone. This is a future that reflects our innate wisdom and the enormous beauty and abundance of our Earth and of the living web of relations. For men, I can think of nothing more manly than to courageously work for and embody the reality of this coming world. For all of us, it is the work of a lifetime.

A recent TED talk by Damien Mander, a former tough-guy hunter, meat-eater, and professional sniper shows that virtually anyone can awaken from the cultural trance and become a force for healing and an inspiration for all of us: