Will We All be Forced to be Vegetarian By 2050? 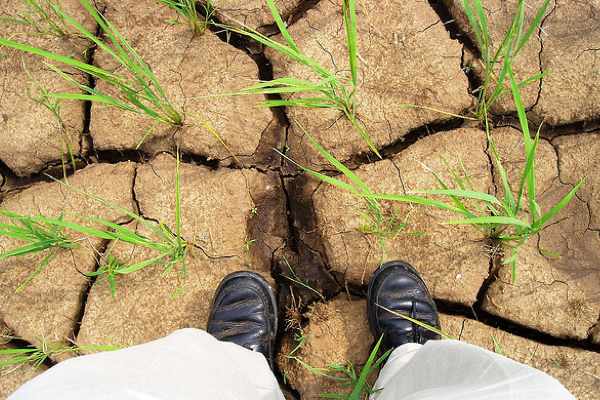 The world’s population may need to convert to a nearly vegetarian diet over the next 40 years to avoid catastrophic shortages, according to leading water scientists at the Stockholm International Water Institute.

Overall, humans currently derive about 20% of their protein from animal products. This number may need to drop to 5% to feed the additional 2 billion people expected to inhabit the earth by 2050.

According to lead researcher Malik Falkenmark, there will not be enough water to irrigate current croplands and produce enough food for the earth’s project population of 9 billion in 2050 if current trends continue.

Falkenmark explained: “There will be just enough water if the proportion of animal-based foods is limited to 5% of total calories and considerable regional water deficits can be met by a … reliable system of food trade.”

These warnings about water scarcity limiting future food production coincide with a considerable spike in the prices of corn, wheat, and other staple crops triggered by historic drought across the U.S.

The research team suggested vegetarianism as one important strategy for increasing the amount of water available to grow food. Producing animal proteins consumes five to 10 times more water than producing plant-based foods, and an astounding 1/3 of the world’s arable land is currently used to grow crops to feed animals. (Check out The Hidden Costs of Hamburgers for more information).

And earlier this year, a Woods Hold Research Center study concluded that per capita meat consumption in developed nations needs to be cut in half to prevent catastrophic climate changes.

The writing is clearly on the wall. Eating meat and other animal products is not part of a sustainable future.

For more information, check out the full publication: Feeding a Thirsty World: Challenges and Opportunities for a Water and Food Secure Future.