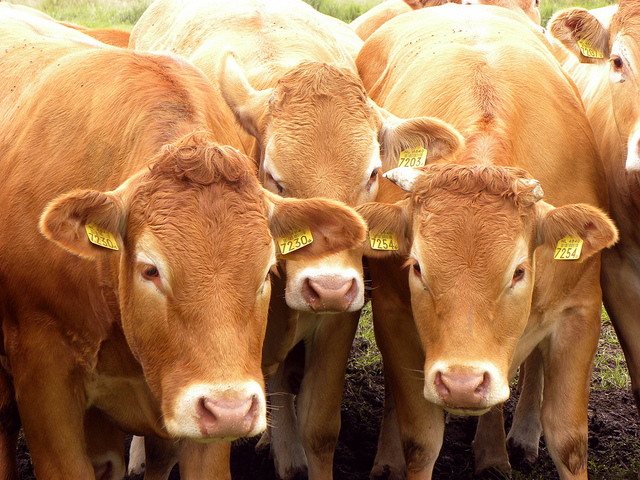 70 percent of the world's agricultural land is used to raise livestock, either for grazing or for growing feed and by dedicating prime cropland to growing food for humans -- rather than growing biofuels or feed for animals -- we could spike the global food output by nearly 50 percent."> The Solution to World Hunger: Eat Less Meat - One Green Planet
Food Monster App Tiny Rescue Shop Newsletter Support Us Cookbooks Petitions

The earth’s population is very close to hitting 7 billion, out of which a billion people are chronically malnourished. It’s estimated that by 2050 there will be more than 9 billion people living on the planet. If this wasn’t scary enough, our agricultural systems are degrading land, water, biodiversity and climate on a global scale. Without more sustainable practices in the horizon, our planet is going to become even less able to feed its growing population in the years ahead.

A team of researchers from the U.S., Canada, Sweden and Germany set out to tackle this problem and came up with a plan to double the world’s food population, while reducing the environmental impacts of agriculture. The results of this research was recently published in the journal Nature.

One of the key suggestions in the plan relates to how everyone can contribute to the solution: EAT LESS MEAT! According to the study, 70 percent of the world’s agricultural land is used to raise livestock, either for grazing or for growing feed and by dedicating prime cropland to growing food for humans — rather than growing biofuels or feed for animals — we could spike the global food output by nearly 50 percent.

If feeding the world isn’t reason enough to curb your meat consumption, consider what impact our growing demand for meat is having on animals, public health and the environment.

Some of the other suggestions in the study that can help promote food security and sustainability include halting farmland expansion, improving agricultural yields, supplementing the land more strategically and reducing weight.

The study also outlines approaches to the problem that would help policy-makers reach informed decisions about the agricultural choices facing them.