Veganpalooza: The Joy of Building a New Road Together 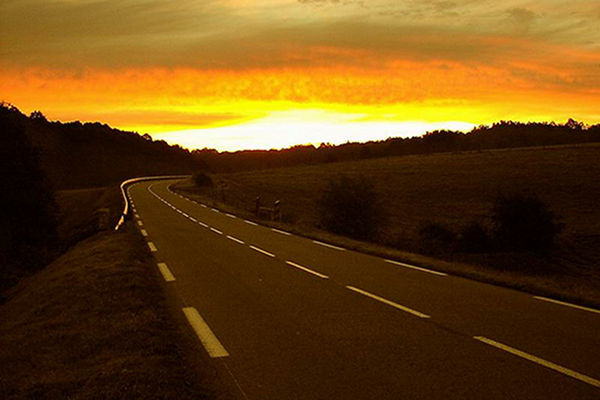 The vegan movement is gathering momentum on a daily basis it seems, with increasing numbers breaking free of the nearly indiscernible cultural program that is routinely injected into all of us by our cultural institutions, especially our daily meals. We are realizing the essential wisdom of our compassion for animals, and of our disgust with eating the flesh and mammary and vaginal secretions of tortured animals. How could we be so blind as not to see it sooner?

The program runs deep, and for some its grip is loosened by realizing that the heart disease, diabetes, cancer, kidney disease, or obesity they’re facing is the direct result of eating the culturally mandated meals. For others, it’s a spiritual and moral awakening: suddenly or gradually recognizing the life and subjectivity of the beings imprisoned and killed by their food choices. And for still others, it’s making the connection between animal agriculture and world hunger, or global climate breakdown, or environmental pollution, or wildlife extinction, that awakens them from the cultural trance.

It is probably the most exciting, liberating, and empowering thing that can happen to a person in our culture today. Really! It’s still so rare that it’s viewed with suspicion bordering on hostility by the vast majority still trapped in the dark official stories of animal inferiority, human superiority, protein, calcium, and all the rest. But there’s no denying the fact that the tempo of awakening is increasing. Mike Tyson, Bill Clinton, Ellen, and now Madonna, among many noted celebrities have all gone vegan in a public way, and that’s because the changes are happening at a deeper level in the cultural subconscious, to countless numbers of the less visible multitudes as well. Our work at the grass-roots level prepares the cultural field of consciousness for the inevitable harvest of positive transformation.

A recent article from the Taipai Times is entitled “Pig Farmer Turns To Animal Rights,” and has this quote by said former farmer/exploiter, “Except for one piglet, which abruptly quieted down when I took him in my hands and then he looked me right in the eyes, as if saying: ‘How could you do this to me?’ That look in his eyes shattered me and kept me awake all night.”

Like the pig farmer, as each of us awakens in this night of humanity’s colossal violence toward animals, we are profoundly challenged to respond to what is happening. Do we continue to contribute to and eat this violence, or do we conscientiously refuse to do so? The latter is the path of the vegan, and the path is becoming a well-traveled highway as more of us leave the city of death and misery, and, like leaving an unseen prison, head into a beautiful new world that we are creating together.

An upcoming manifestation of all this is Veganpalooza. My colleague Steve Prussack and I have been working on this for quite a few weeks, and indirectly, for years, even decades.  Everything I love and stand for can be summed in Veganpalooza: it is communicating the understanding that is bringing the positive revolution of compassion and health that’s gathering momentum in our culture every day.

Working with over thirty of the most committed, visible, and hard-working vegans on the planet, sharing their wisdom and experience, is rewarding beyond words. We are honored to have with us in Veganpalooza the famed vegan philanthropist Philip Wollen, recipient of the Australian of the Year Award, whose recent impassioned oration on behalf of animals has gone viral on the internet. It is transformative to be able to imbibe the distilled wisdom of Philip and the other remarkable vegan pioneers who have a platform on Veganpalooza to help humanity launch into the next phase of our collective evolution—people like Drs. John McDougall, Neal Barnard, T. Colin Campbell, Gabriel Cousens, Brian Clement, Thomas Lodi, Jameth Sheridan, Milton Mills, and Jonathan Balcombe, as well as Kathy Freston, Rory Freedman, Victoria Moran, Colleen Patrick-Goodreau, Dawn Moncrief, Rae Sikora, Cherie Soria, Rip Esselstyn, Rich Roll, Nathan Runkle, Harold Brown, Bo Rinaldi, Keith McHenry, Howard Lyman, and many more, as we explore, expound, and expand the vegan message of kindness, health, sustainability, and freedom into our communities and into our world.

As the saying goes, “We are the ones we have been waiting for.” I thank these vegan pioneers, and I thank all of you reading these lines for making the most significant effort we can make in our lives today: the effort to remove the toxic food program, question the violence on our plates and its reverberations throughout our world, and join the exodus, and encourage others to do the same. Together, we are creating the new highway and the new world that is always possible on this abundant and beautiful Earth.

See you soon at Veganpalooza!