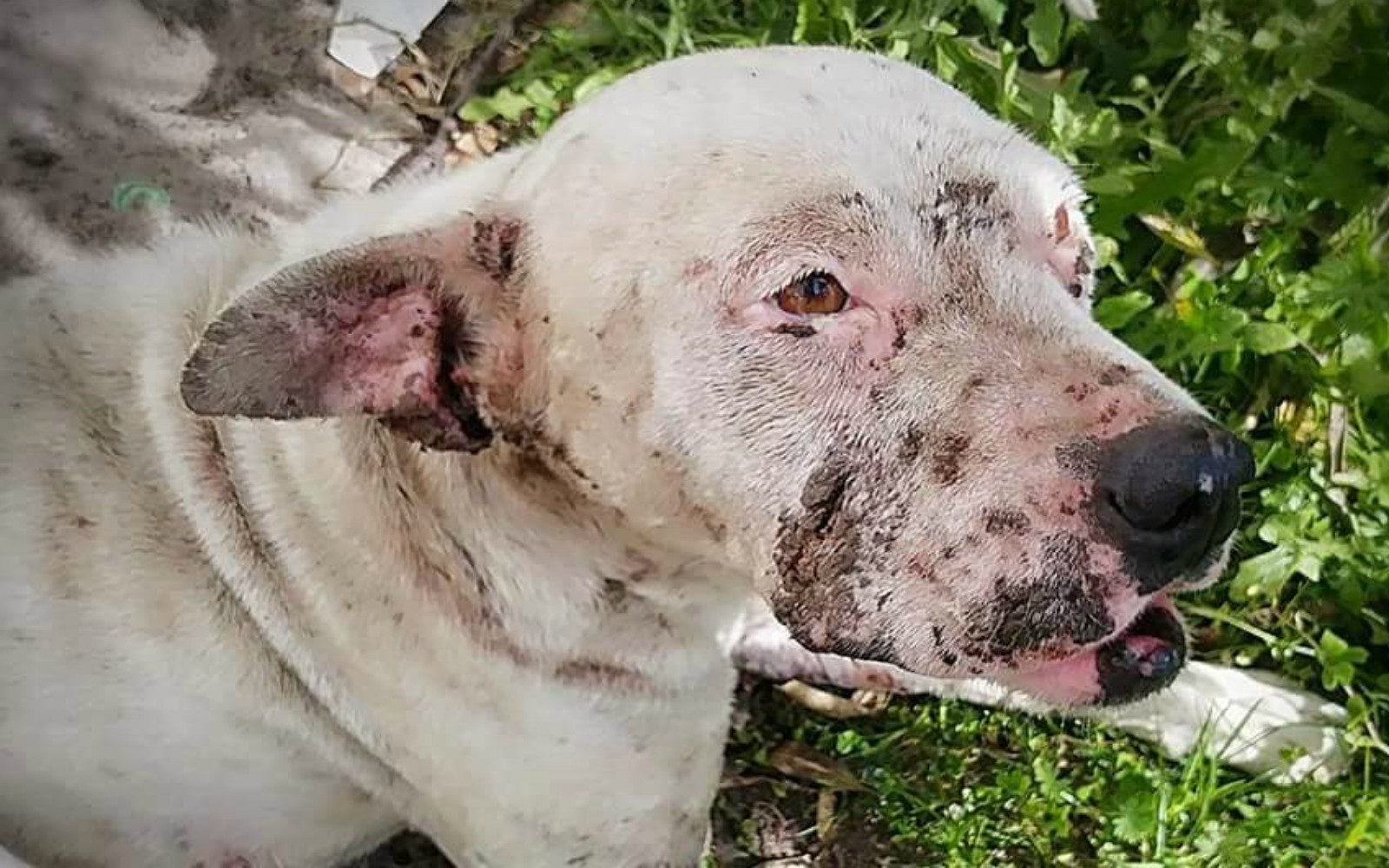 Rescue organizations already have so much to deal with when it comes to saving animals from horrific situations. The last thing they need standing in their way is the local authorities. For Guardians of Rescue, however, that is exactly what happened during their attempt to remove an animal who clearly was being used for dog fighting in Appling County, Georgia. After an Animal Control Officer from a neighboring county provided Guardians of Rescue with photos of a dog in poor condition, a welfare check was issued. The deputy from Appling who performed the initial check on the dog was seemingly was not interested in ensuring this poor girl’s well-being. Just from looking at the photos provided by the animal control officer you can see the dog is in need of medical attention.

As Guardians of Rescue explains, according to the responding deputy of Appling County, GA, this dog showed no signs of neglect or cruelty when he saw the condition of this poor dog; in his opinion, the dog was “fine.” The deputy admitted, according to the Guardians, that the dog was “underweight” but that the owner’s answer for that was she had just had a litter of puppies, but they all had “froze to death” in the last cold front. 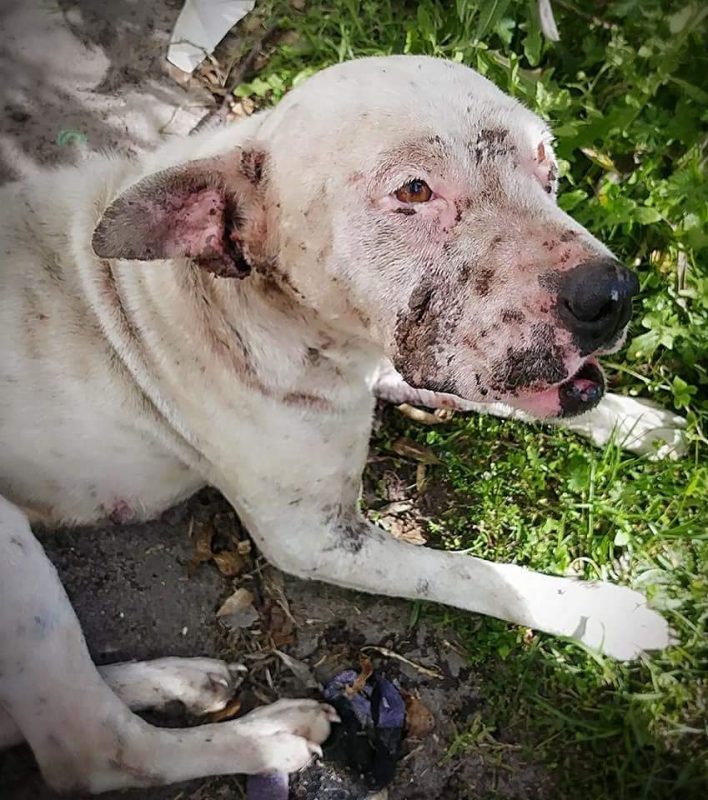 The Guardians further explained that “it was no secret to anyone in the community that there was suspect breeding and fighting dogs housed on the property.” However, the Appling deputy refused to view the other dogs that were housed there, “saying if the property owner gave permission to take the dog, he would do so, otherwise there was nothing he could do.” 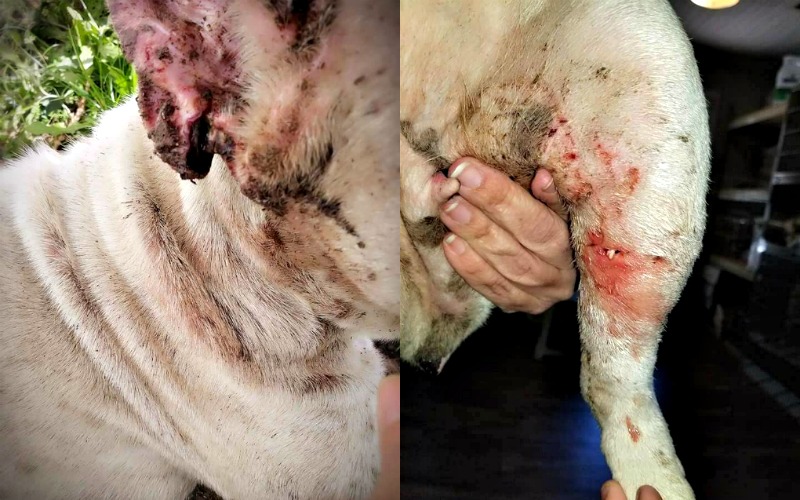 The property owner’s son reported the dog had merely been in a scuffle and was already being treated for her injuries. All signs point to what really happened here – this poor dog was the victim of dog fighting and was no longer of use. When pressed about the clear injuries by numerous people, the deputy stood by his assessment that the dog was fine and not in any pain because she “wagged her tail.” 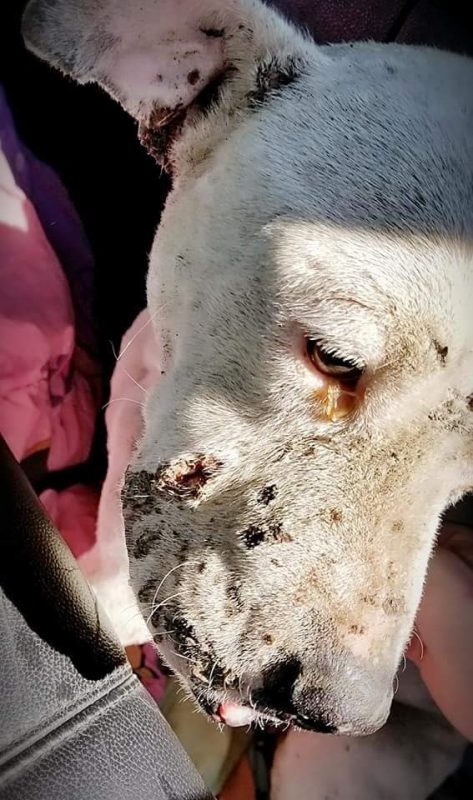 Thankfully, after a few days, the elderly property owner finally reached out for help and allowed the dog to be released for care. This sweet pup has been at the veterinarian for nearly a month – clearly indicating she was not “fine.” Now Guardians of Rescue want to know how this massive failing could have happened. 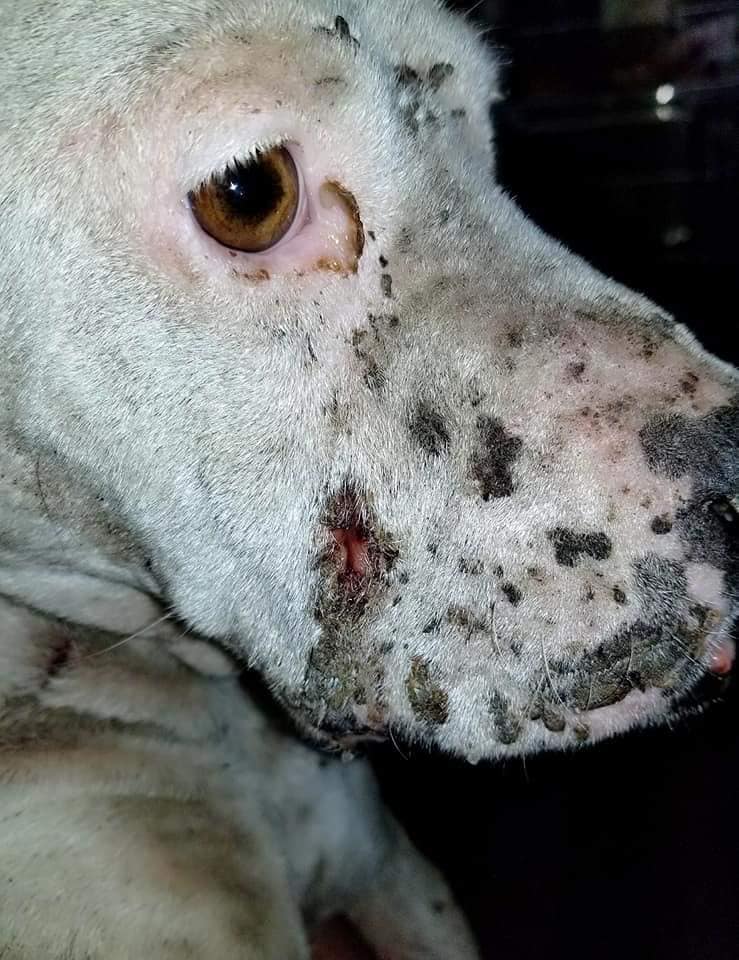 Guardians of Rescue has officially launched an investigation into this situation and will be working to bring about change in terms of animal welfare to Appling, GA. This county is a hot spot for animal cruelty but much of it is being pushed under the rug or simply ignored by local authorities.

We look forward to seeing Guardians of Rescue get to the bottom of this disturbing situation and that the deputy, who was given the role of protecting innocent lives, removed. Animals depend on us to be their voice and to betray that trust is appalling, especially from an officer of the law.

It certainly took a village to get this sweet girl the help she needed, which is why as animal lovers we can’t sit around thinking someone else will take care of the issues. We all need to play a role, no matter how small, in rescuing animals in need who are left to suffer needlessly. Whether it’s in the form of a monetary donation, supplies, volunteering, fostering, reporting abuse, neglect or dog fighting, transporting, or sharing – it all helps in making a difference!

To learn more about Guardians of Rescue, click here.