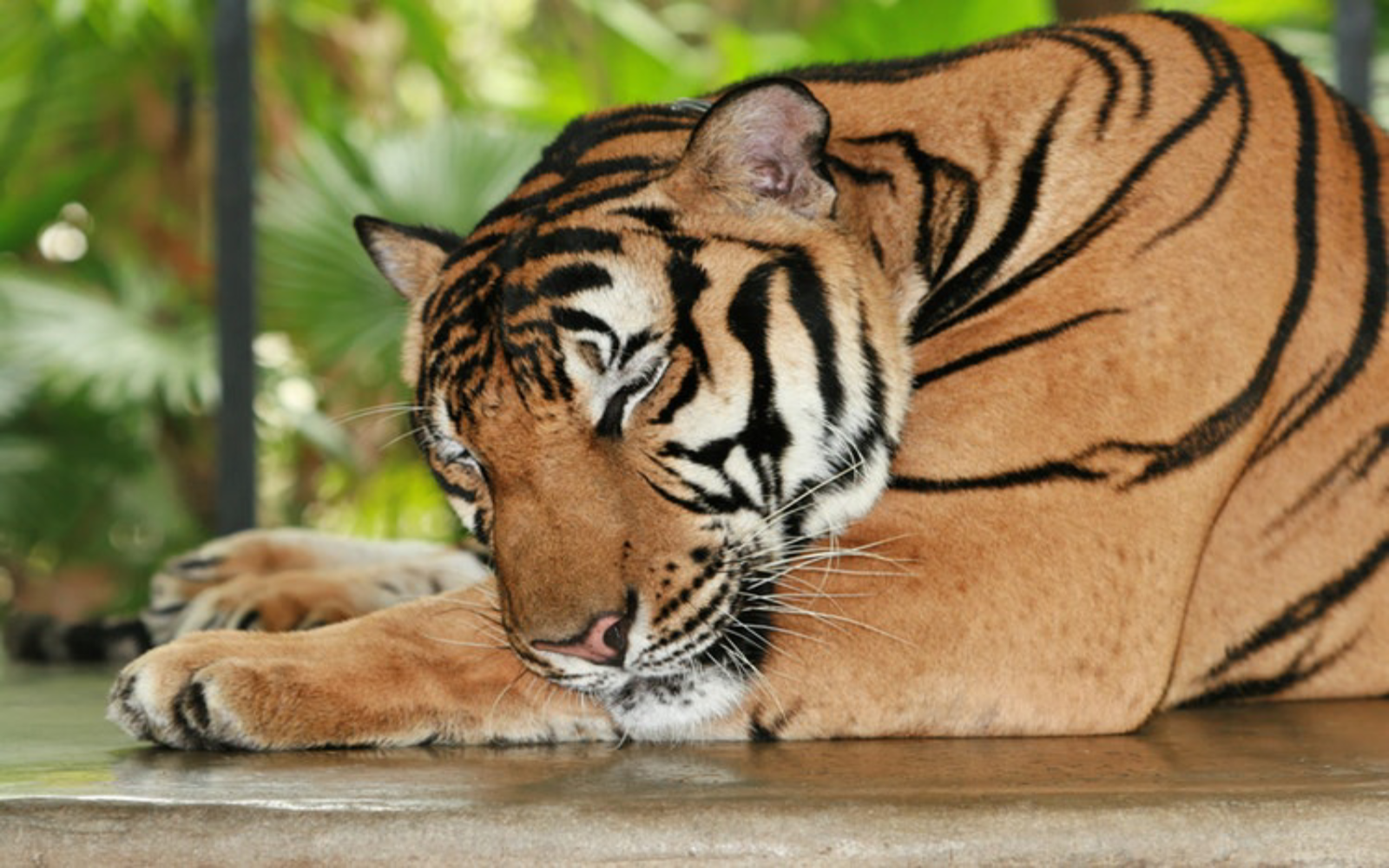 Another Sumatran tiger has been lost to us because of the stupidity of humans. Please join us in petitioning the Indonesian Government to find safer methods of setting hunter’s traps.

This beautiful tigress, thought to be aged between three and five years old, was caught in an awful wire trap that was set up to prevent pigs getting into a palm oil plantation, in the Indonesian province of Riau. The tigress died because the trap ruptured her kidney, leaving her to suffer a long and painful death.

What makes this even more heartbreaking is that she was just two weeks away from giving birth two cubs, who also died along with their mother. And to add to that tragedy, it seems this brave girl did her best to escape the trap to save her babies. It seems that she died days after freeing herself, with a piece of the snare still embedded in her body.

There are only around 400 Sumatran tigers left in the world. This is a shockingly small number, and the loss of these three in such a horrible accident is a terrible hit to the species. Sumatran tigers are already suffering because of us, with so much of their habitat destroyed for palm oil plantations. This may have been an accident since the person who installed the trap left it unattended and he had been instructed to stay nearby to shoo inquisitive tigers away. Though the fact that he has now been detained and faces a fine as well as five years in prison does nothing to help these beautiful animals or bring them back.

Care 2 has set up a petition that calls on the Indonesian Government to ban wire traps that endanger the lives of innocent animals, calling for them to find safer alternatives that won’t result in a loss of life. This tigress and her cubs died needlessly, and we have to do all we can to ensure it doesn’t happen again! Please sign the petition, let this Government know we are with these tigers, who do not deserve such a painful, cruel death as this poor tigress has suffered.