Ricky Gervais Has a Message for People Who Still Wear Fur 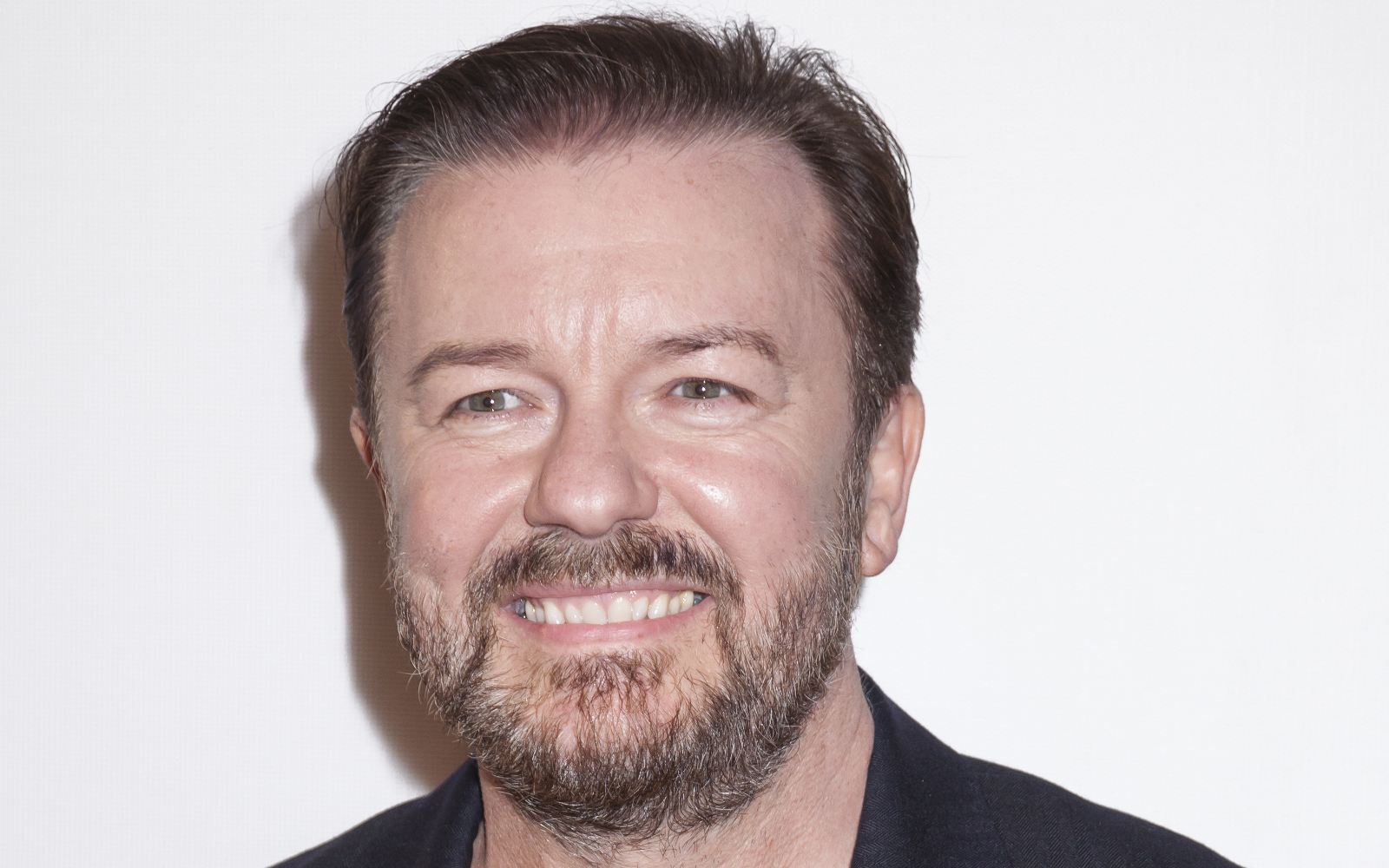 As animal lovers, there are  many issues that boil our blood when it comes to animal welfare. We can’t believe that there are places around the world that still use bear bile as a form of medicine. We simply can’t wrap our heads around why anyone would prize an ivory trinket over the life of an elephant. And of course, we get enraged when we think of the millions of animals that are killed every single day simply to satiate our appetite for meat and cheese.

When people are passionate about an issue, they usually want to spread as much information and awareness about the topic as possible. They want people to know about the matter from all sorts of different angles and make a knowledgeable opinion about it. After all, someone would be more likely to cut down their meat consumption, for instance, if they knew that not only is meat bad for animals but for the environment and human health, as well, right? Well, as much as we agree with this informed approach, there are alternate ways to raise awareness, nowadays. Some people, especially celebrities, are able to make an impact with just a simple statement. They know that millions of people follow their Twitter or Facebook page, and they use that elevated platform to get to the point quickly and tell people matter-of-factly “you should be caring about this,” or “please don’t do that.”

Ricky Gervais is a big fan of this method of spreading awareness. In fact, just recently he shared a succinct Facebook status that made it pretty simple for people to know where he stands when it comes to wearing real fur. 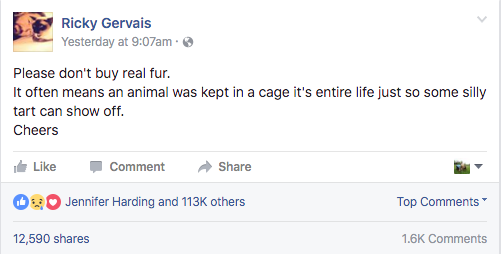 This method works on a number of levels. It gets to the message quickly and directly: “please don’t buy fur.” It doesn’t overwhelm viewers with a slew of information but instead sticks to the most hard-hitting fact: an animal is kept in a cage for their entire life simply for their fur. And it lets people know how silly it is that someone is buying that jacket just so they can “show off,” when it’s plain to see that this is not something worth bragging about. The fact that you can read the status in a Ricky Gervais accent helps get the message across as well.

While many high-end brands have halted their use of animal fur and skins in response to the public’s disapproval of the practice, there are still companies out there who seem to have no problem continuing with the abuse. Hopefully, as even more awareness spreads and more prominent figures, like Ricky Gervais, stand up in opposition, people will realize that the lives of living, breathing animals are truly not equivalent to the feeling of looking fancy in a fur coat. Thanks for spreading the word, Ricky Gervais!