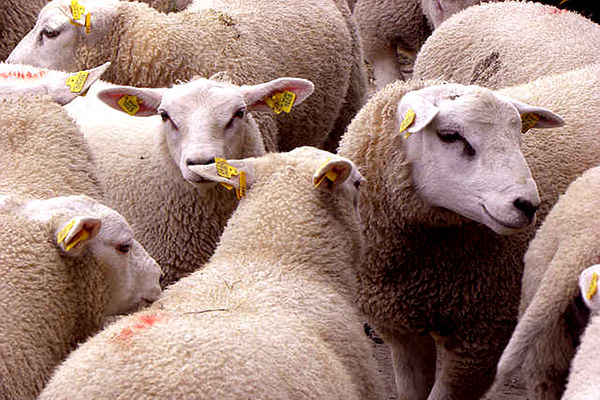 So, what’s wrong with wool? They don’t kill the sheep, and the sheep need to be sheered, right? What these questions seem to ignore is that wool is an industry.  The purpose of wool farming is profit and whatever produces more profit is promoted regardless of the effect it has on the animals. It is because of this drive for profitability that we have lamb meat as a by-product of the industry, and also why sheep are breed to carry far more wool than they were meant to. Profit is also what leads to the practice of mulesing.

Mulesing involves surgically removing skin off the sheep’s hind to prevent flies from laying eggs in the skin (typically performed without any painkillers).  Mulesing is the easiest way to prevent flies and with over 100 million sheep in Australia alone, what’s easiest is obviously preferred over the welfare of animals. What needs to happen is research into alternative methods of fly prevention, including special diets and washing.

ABC Australia reports the wool industry is now facing renewed criticism from an international consortium of international retailers and organizations like American Apparel & Footwear Association, the European Association of Fashion Retailers, the British Retail Consortium, the Canadian Apparel Federation, the Foreign Trade Association, the National Council of Textile Organizations, and Nordic Initiative Clean and Ethical, as well as animal rights groups like PETA to stop mulesing.

Let’s hope the Australian wool industry takes one small step in the right direction by putting a permanent end to the cruel practice of mulesing.