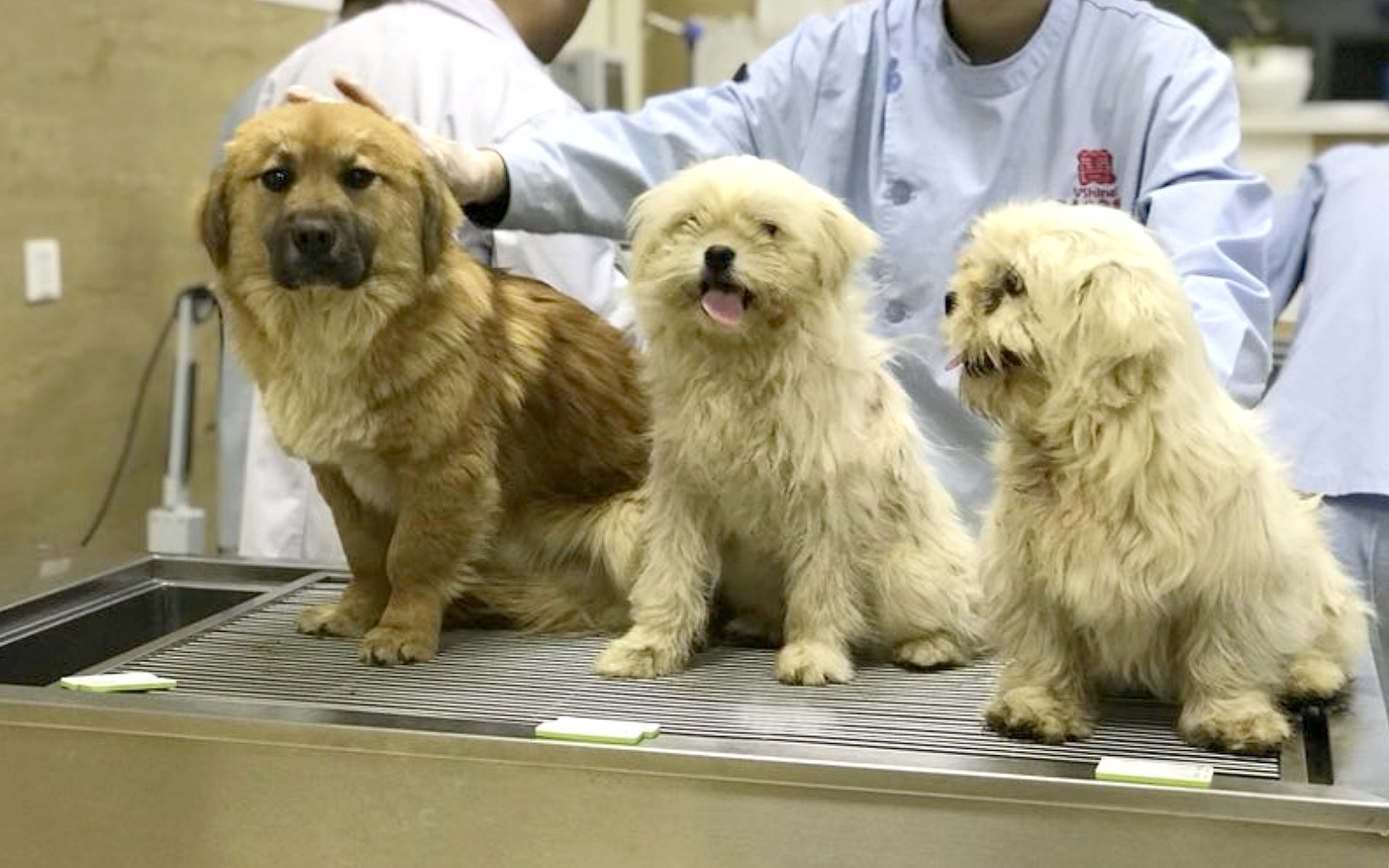 Humane Society International (HSI) recently took part in the shutdown of an illegal dog slaughterhouse in Dalian, China. During the raid, nine terrified dogs, who were still alive, were rescued from the squalid facility. The slaughterhouse was shut down by Chinese animal activists, and campaigners from VShine and HSI entered the property with Dalian police, finding a terrifying scene indicative of the state of the illegal Chinese dog meat trade. HSI estimates this trade kills more than ten million dogs and four million cats every year.

The nine dogs were found huddled in a filthy cage, almost completely out of sight among the piles of rubbish. According to the campaigners, it is likely that the dogs were stolen pets since they were very friendly to humans in spite of their ordeal. 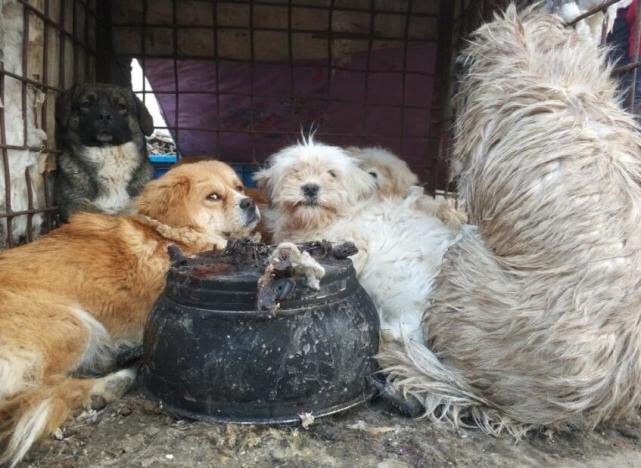 Photos from the raid show such macabre sights as a discarded bowl covered with blood, a blood-soaked catching pole used to yank dogs from their pens, and a pile of hair from the de-hairing machine … 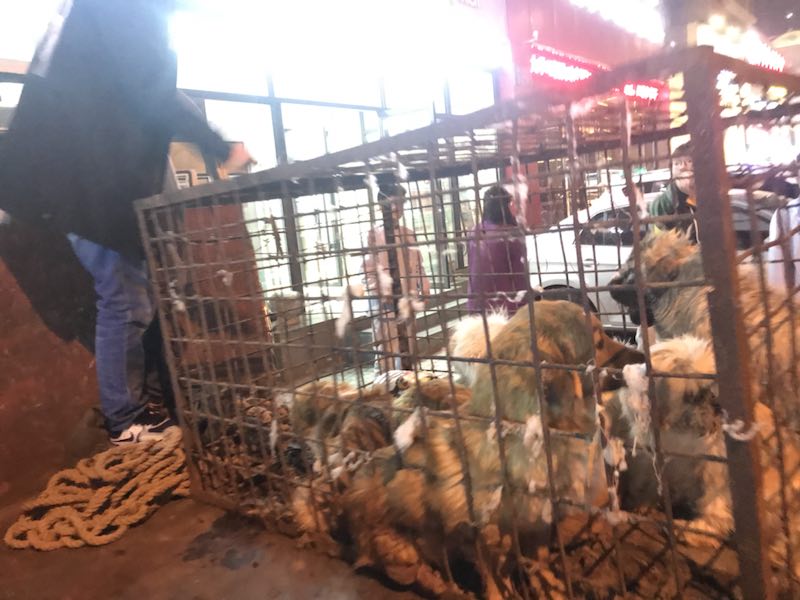 When the suspected slaughterhouse was reported to Vshine and HSI, the organizations notified law enforcement. The facility’s owner was unable to produce documentation to show that he had purchased the dogs legally. The place obviously failed to comply with public health standards – and the practice of public slaughter itself violated relevant provincial regulations. 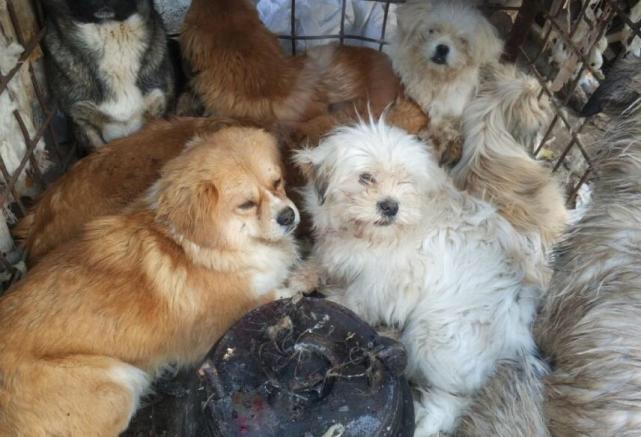 Dalian is one of China’s more dog-friendly cities and the consumption of dog meat within its bounds is relatively rare. The city also has one of the highest rates of pet dog registrations in the country. 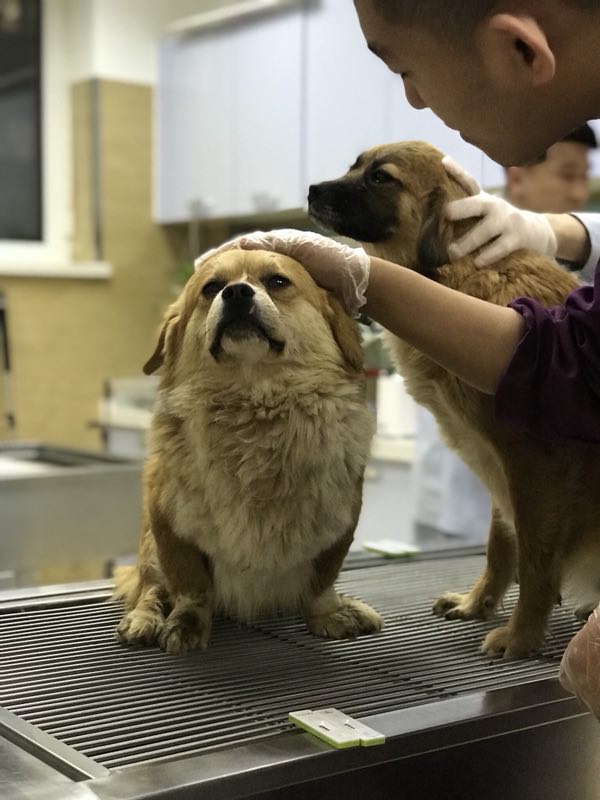 “Virtually all dog slaughterhouses across China are illegal just like this one, and if the police in other regions of China were to take animal cruelty as seriously as the police in Dalian, the dog meat trade would be dealt a powerful blow with many more of these appalling slaughterhouses closed down,” said Peter Li of HSI. 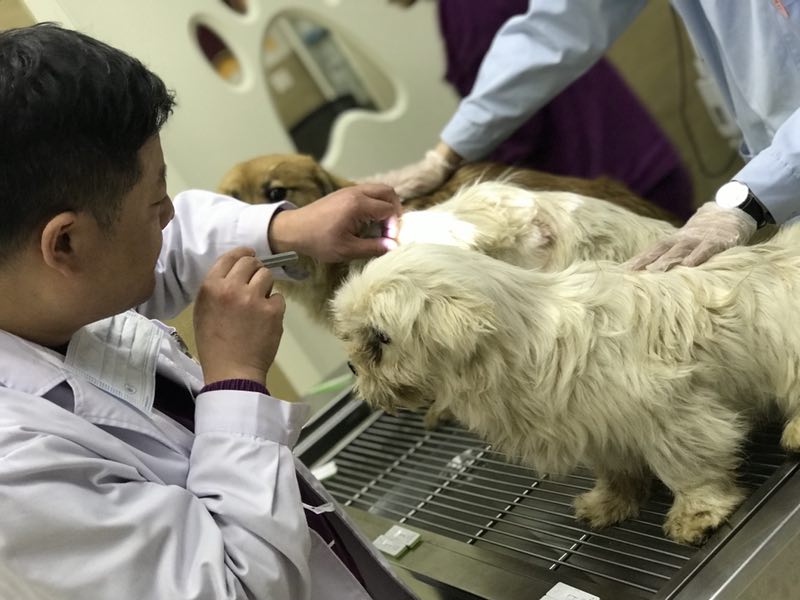 The saved dogs are now recovering at two pet hospitals. They will receive all necessary treatment before moving to an HSI facility in northern China where they will be available for adoption. 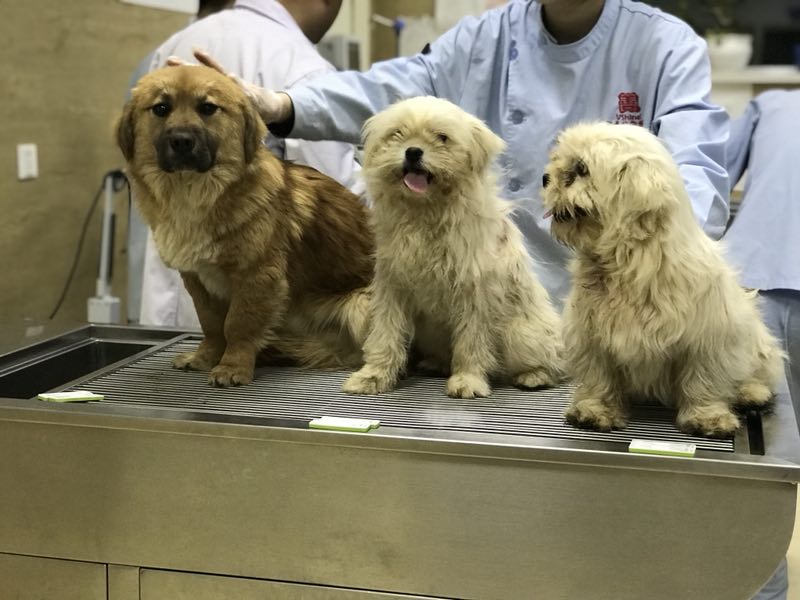 “Like many of the big cities in China, Dalian has a huge pet-owning population and I have no doubt that these dogs will quickly find forever families,” said Li. “It is so sad to think what torment they have been through to get here, probably stolen from many miles away before ending up in that terrible slaughterhouse. Most people in China don’t eat dogs and would dearly love to see China’s police forces nationwide act as swiftly to tackle the illegal dog meat trade as the Dalian law enforcement. But sadly until China creates an animal protection law, we are unlikely to see the change in attitude and actions needed.”

Despite the horrific statistics about dogs being killed for meat in China, according to a 2016 survey, the majority of people in the country – 69 percent – have never eaten dog meat, and of those who had, many were “chance eaters.” That and the changing social attitudes toward the practice are a reason for hope that the dog meat industry in China will soon be on its last legs.