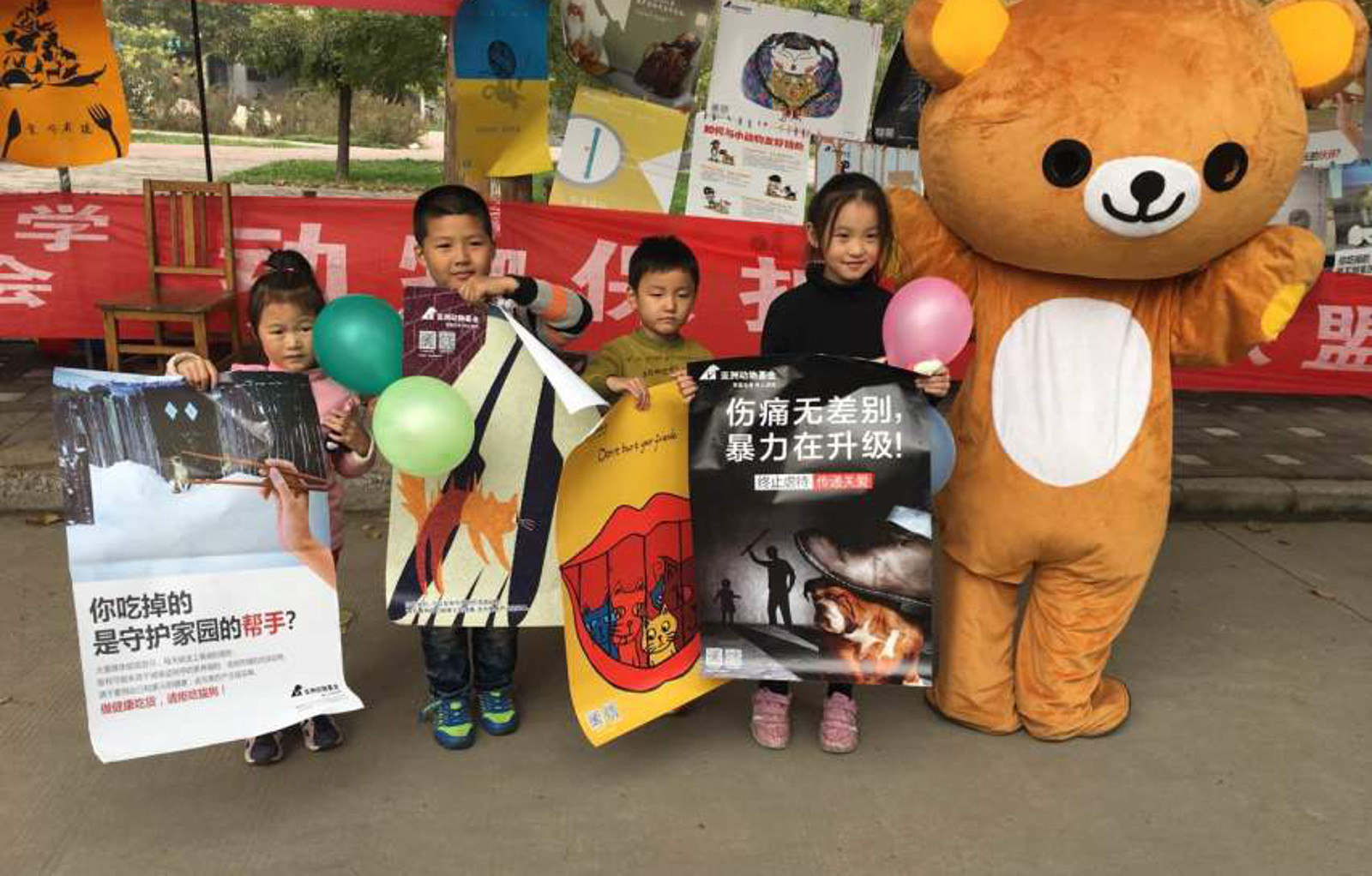 Animals Asia teamed up with local groups China Youth Animal Protection Alliance and Dongbaowang.org to organize the poster tour, which enabled over 160,000 people to see the artwork and learn about cat and dog welfare.

The tour visited 78 universities, schools, and shopping malls across China and hundreds of those who attended wrote their own responses detailing their close relationship with companion animals and urging others to protect our furry friends.

At the Central University of Finance and Economics, a student urged others not to eat cats and dogs: “Your loving heart disappears the moment you swallow cat or dog meat.”

A student from Hubei University of Science and Technology spoke for many, writing: “Animals are forever our friends. To protect animals is to protect ourselves.” 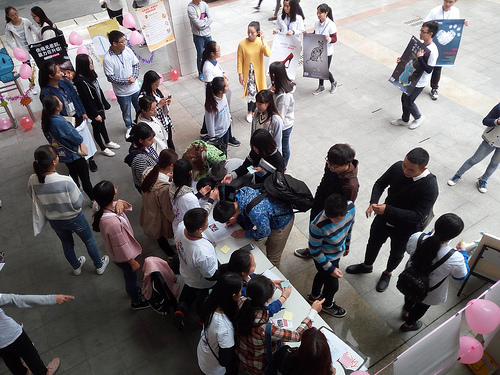 Other students focused on the nation-wide scourge of dog thieves. A student from the Jiangxi Agricultural University feared for her dog, Ziyang writing, “Ziyang, be careful and stay away from bad guys – don’t get nabbed.” 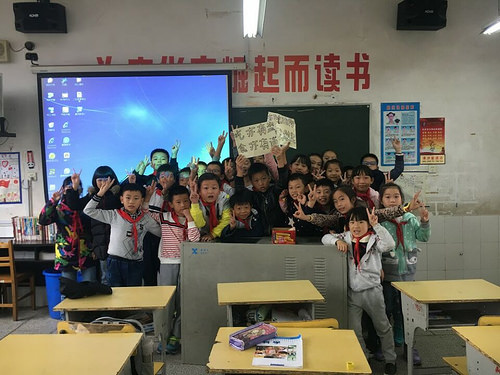 Meanwhile, at Central University of Finance and Economics, a student urged more responsible dog guardianship. “I miss my two dogs Huihui and Barton very much! I hope everyone loves animals. Please do not raise them without learning how to be a responsible guardian!” 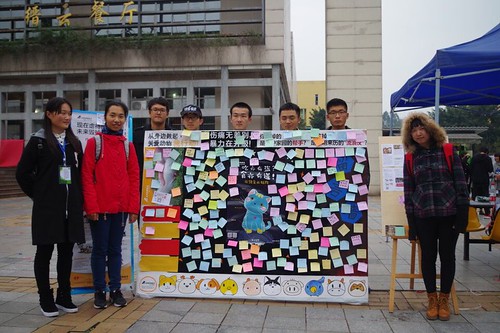 The majority of notes detailed the close relationship many feel towards animals and a firm belief that living in harmony with animals can enrich human lives.

A student from Yangzhou University wrote: “Love animals and you will never feel lonely.”

A student from Central University of Finance and Economics wrote, “If your heart was ever warmed by them, please try to do some little thing to help and protect them.” 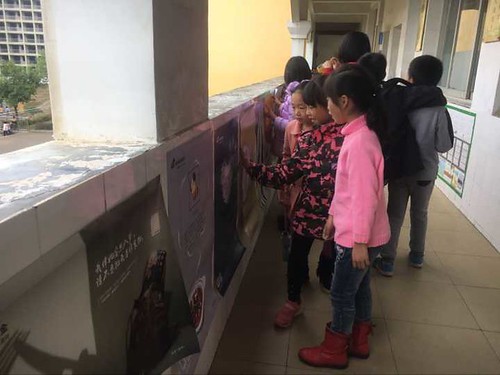 Reports suggest up to 10 million dogs are slaughtered in China every year for the meat trade. In June 2015, Animals Asia released a series of in-depth reports detailing the rampant illegality in the dog meat trade.

The work, which took four years to compile, showed that despite the huge amounts of  dogs slaughtered for consumption annually, the country contained no large-scale dog breeding facilities as a large proportion of those sold for meat are in fact stolen companion animals or strays snatched from the streets with no proof of origin.

Animals Asia’s Cat and Dog Welfare Director Irene Feng said, “The written responses to the poster tour really touched us. We read as many as we could and were blown away by the strength of emotion – both in the importance of animal protection and the aversion to the cat and dog meat trades.”

She continued, “It gives us hope for the future that China’s youth are turning away from animal cruelty en masse. Once they hear about the illegality and suffering in the industry, they don’t want anything to do with it.”

To learn more about how you can support Animals Asia’s work to end the dog and cat meat trade, click here.