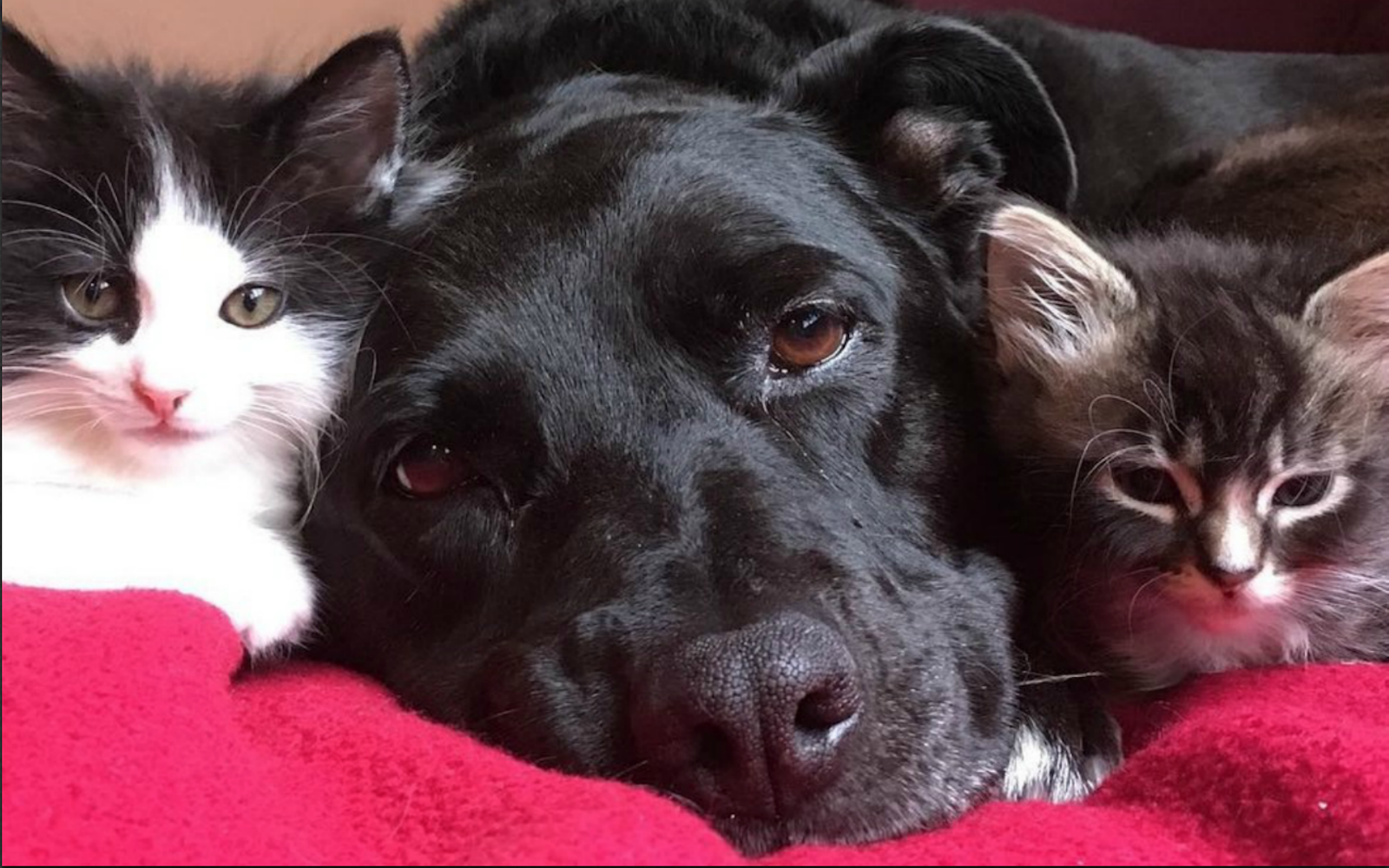 Rescue dog Zuca was found abandoned on the streets with a huge pregnant belly. Thankfully, she was taken in by animal control and gave birth to her babies in a foster home. Zuca was such a loving mom that she became a surrogate for a few other litters too. After all of the puppies were weaned, they found their forever homes … but Zuca was having a hard time finding hers. Then five months later, a woman named Ronda saw the dog’s photo on an adoption site and fell head over heels.

“I remember seeing her for the first time: all the other dogs were going crazy in their kennels, but she just sat quietly, wagging her tail the tiniest bit. I started crying when I saw her; I just knew,” Ronda told Love Meow.

Zuca took to Ronda’s cats and become BFFs with one of them: Stout. Sadly, Stout passed away, leaving Zuca depressed. 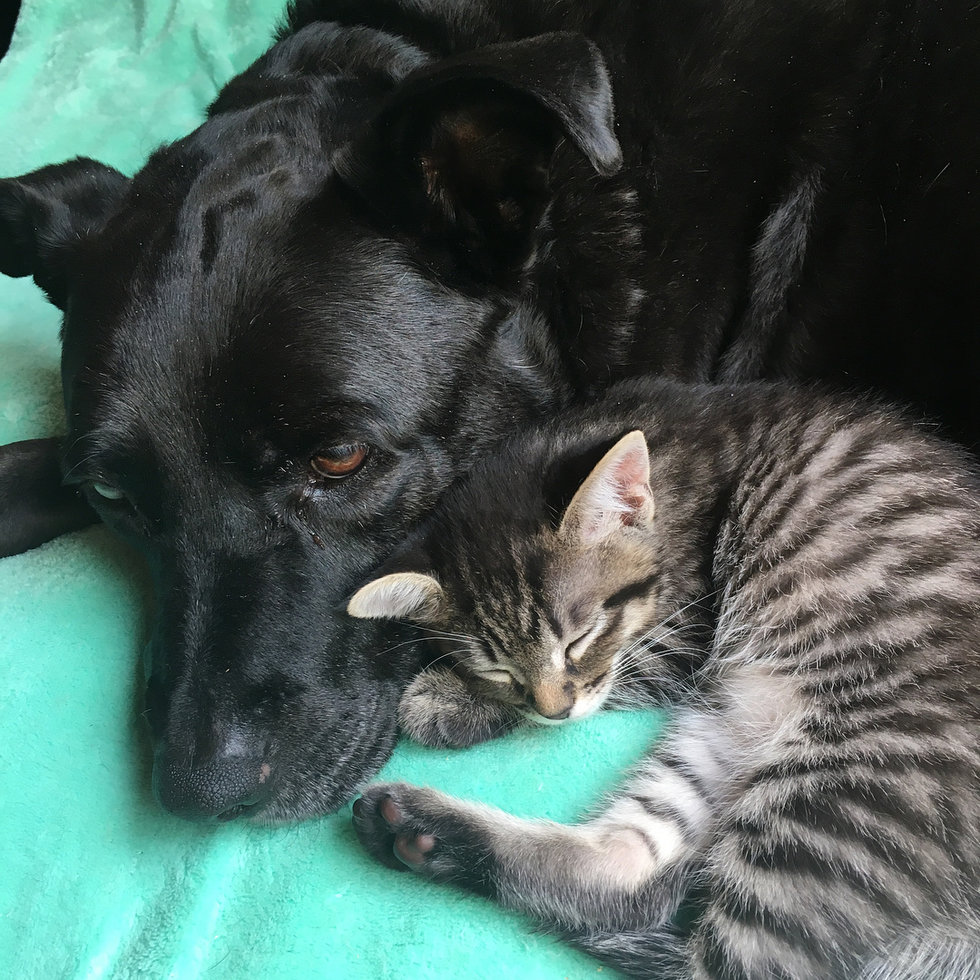 That’s when Ronda decided to foster and in 2015, they brought home a tiny kitten named Monkey. Zuca immediately took to Monkey and became her “mom.” 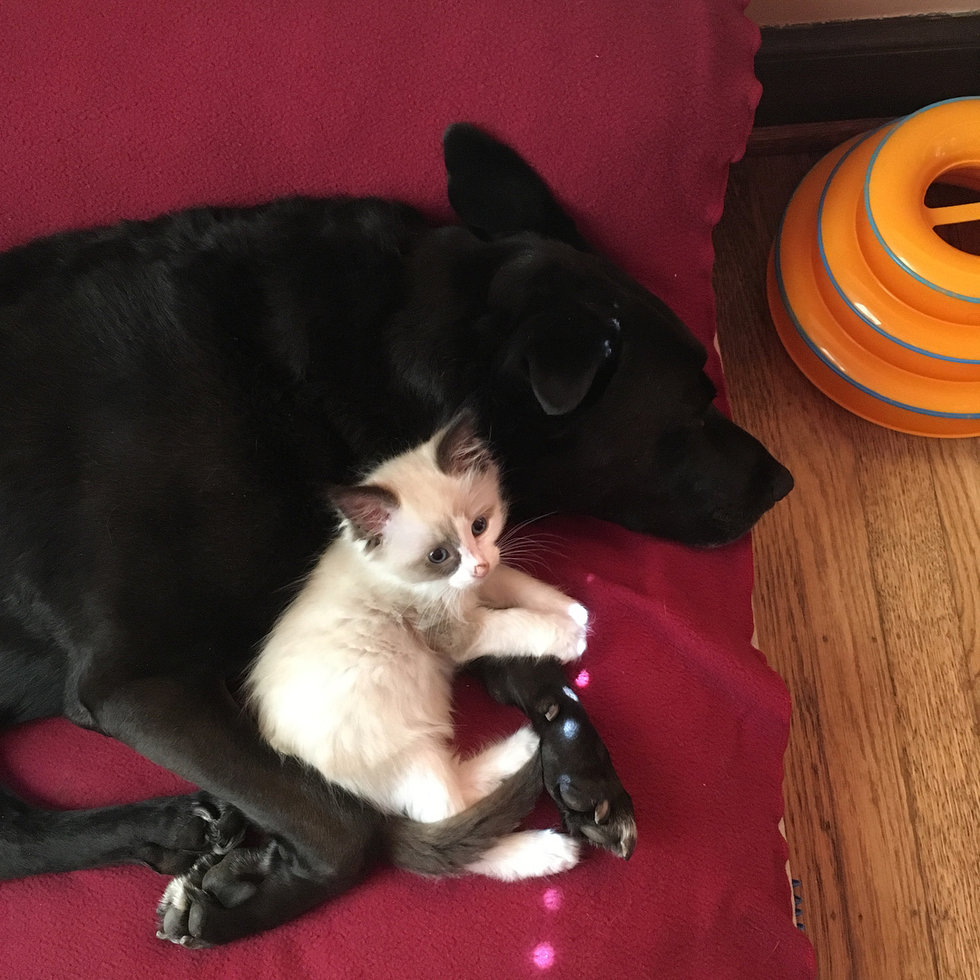 “I was concerned at first about having a 50 pound Pit Bull mix with a tiny one pound kitten who was trying to nurse, so I made sure everyone was safe, but Zuca was so patient and gentle with her,” Ronda told Love Meow. 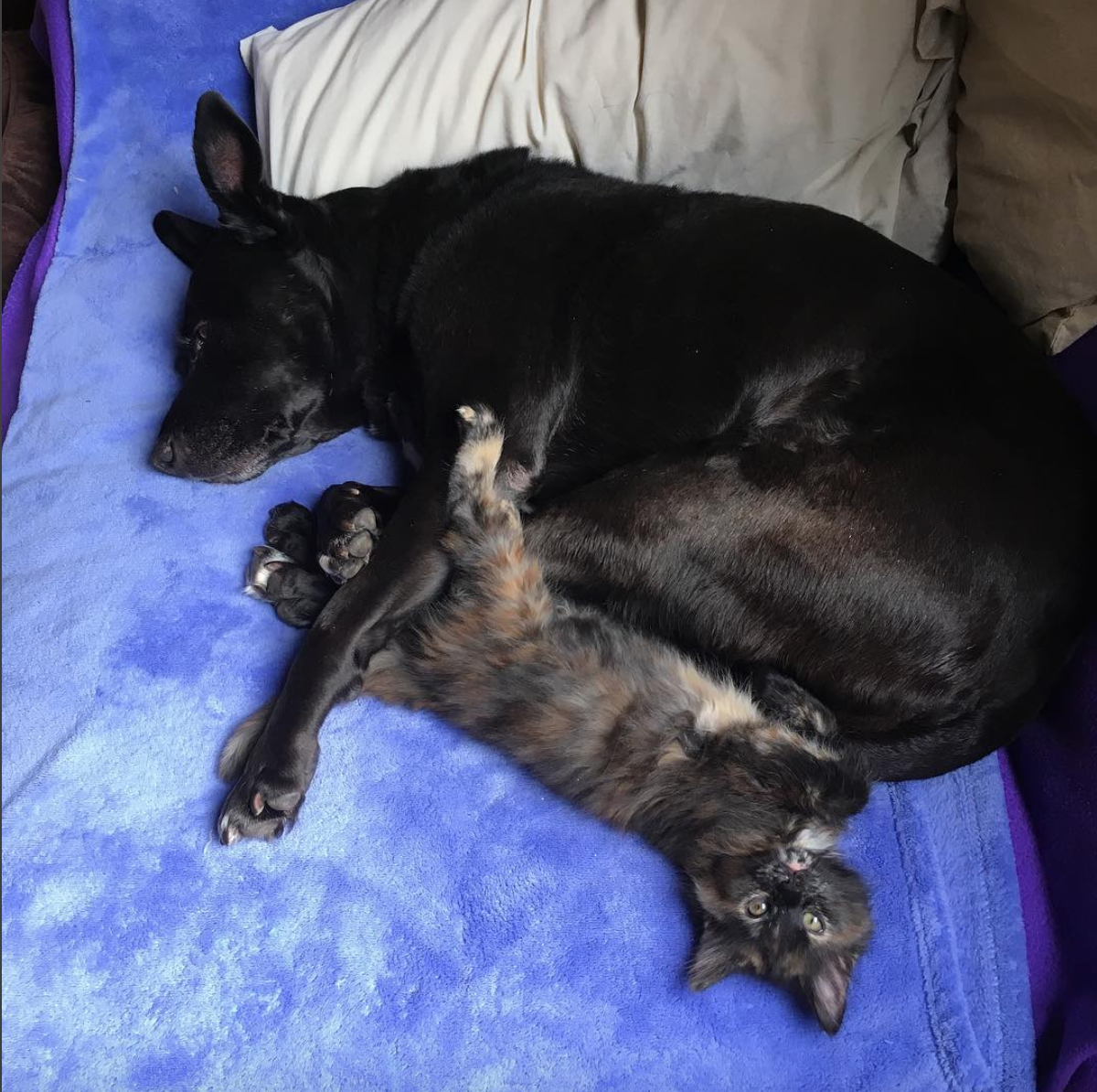 Ronda says Zuca patiently lets the kittens crawl and jump on her face and bite her. After dinner Zuca sweetly cleans their faces. 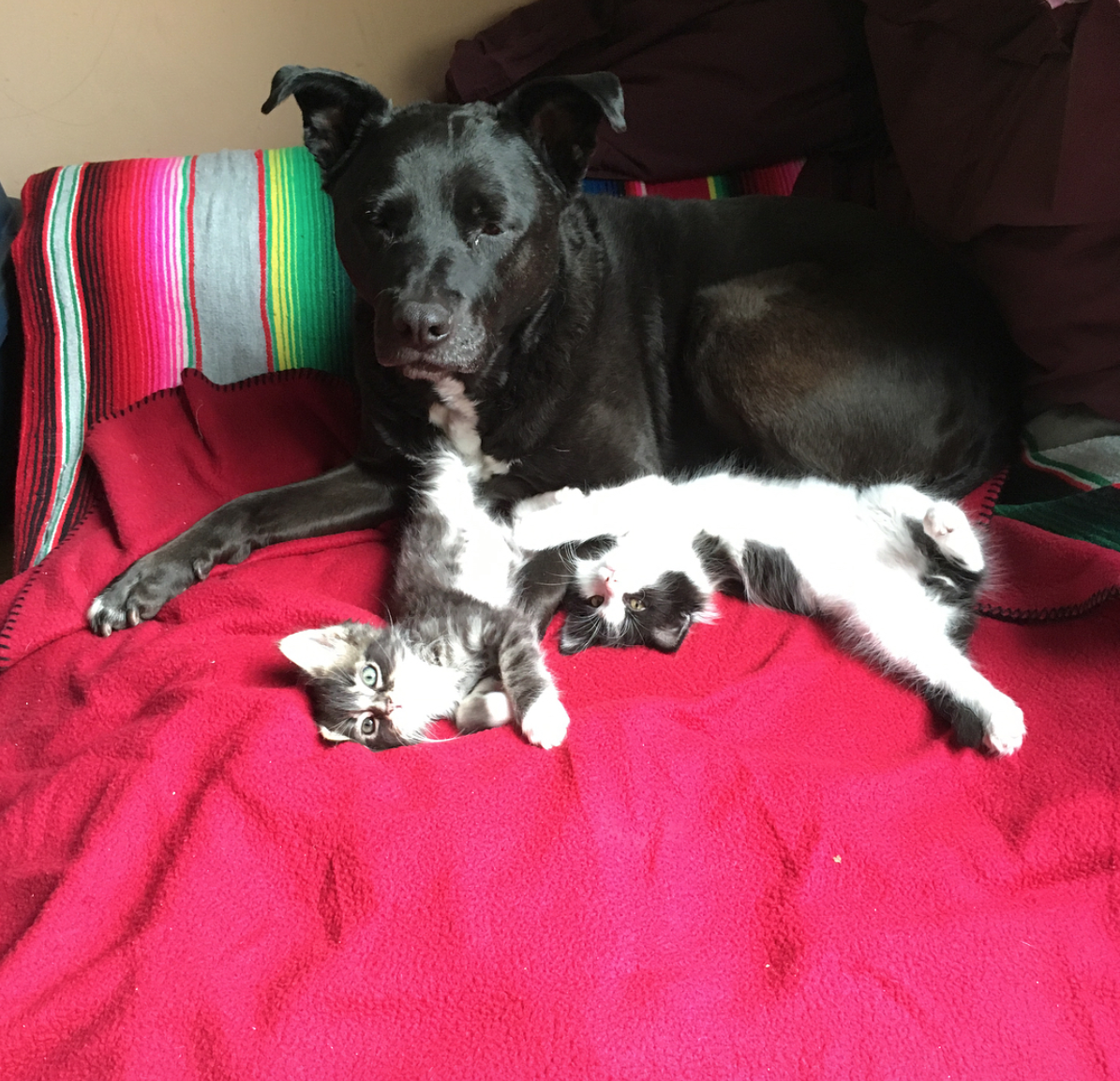 Zuca and her family have fostered almost 100 kittens and plan to foster 20 more during this upcoming kitten season! 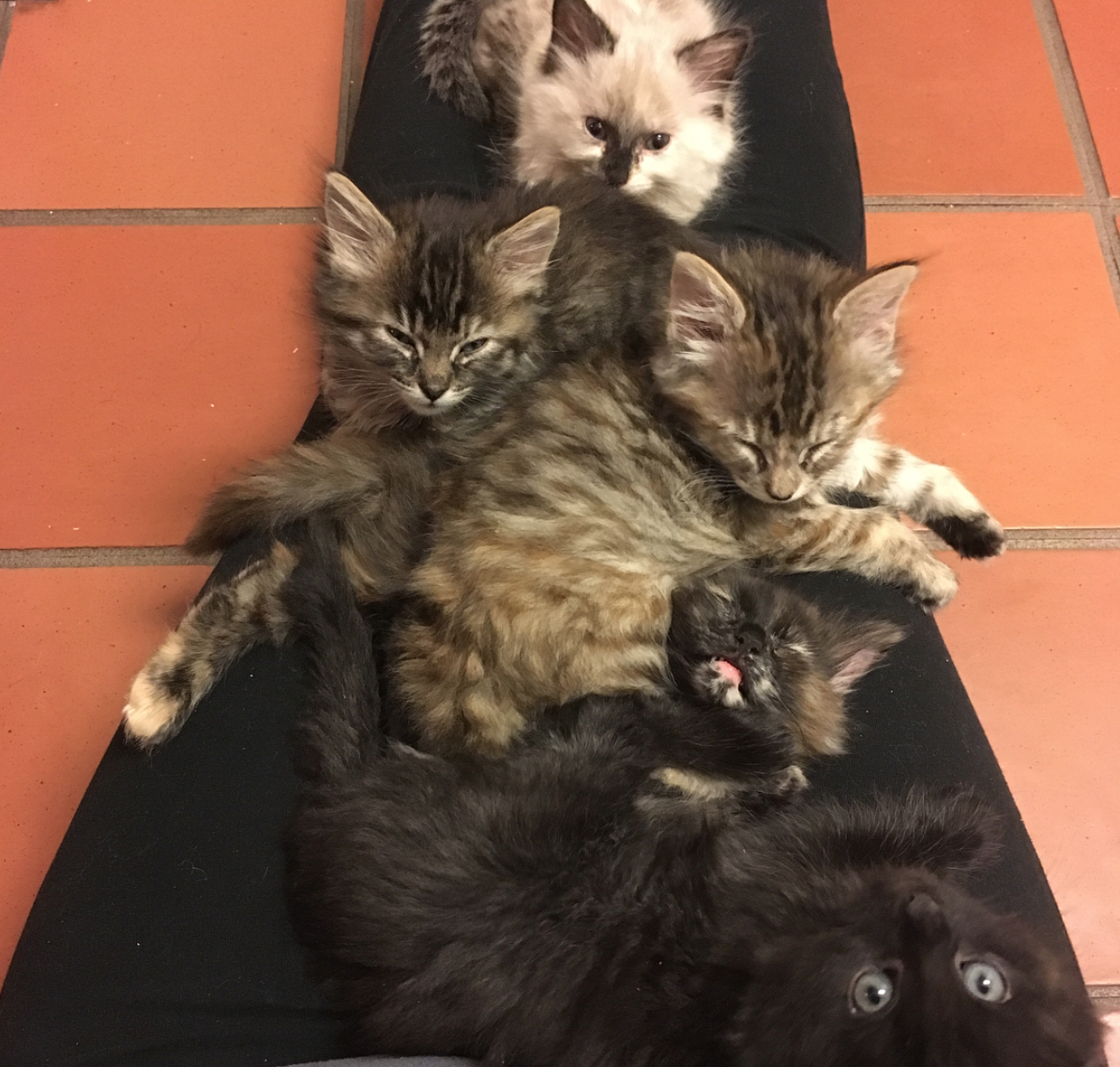 Amazingly, Zuca knows what each kitten needs. For the feral kittens, she knows to avoid eye contact and for the socialized kittens, Zuca knows it’s okay to give them a kiss. 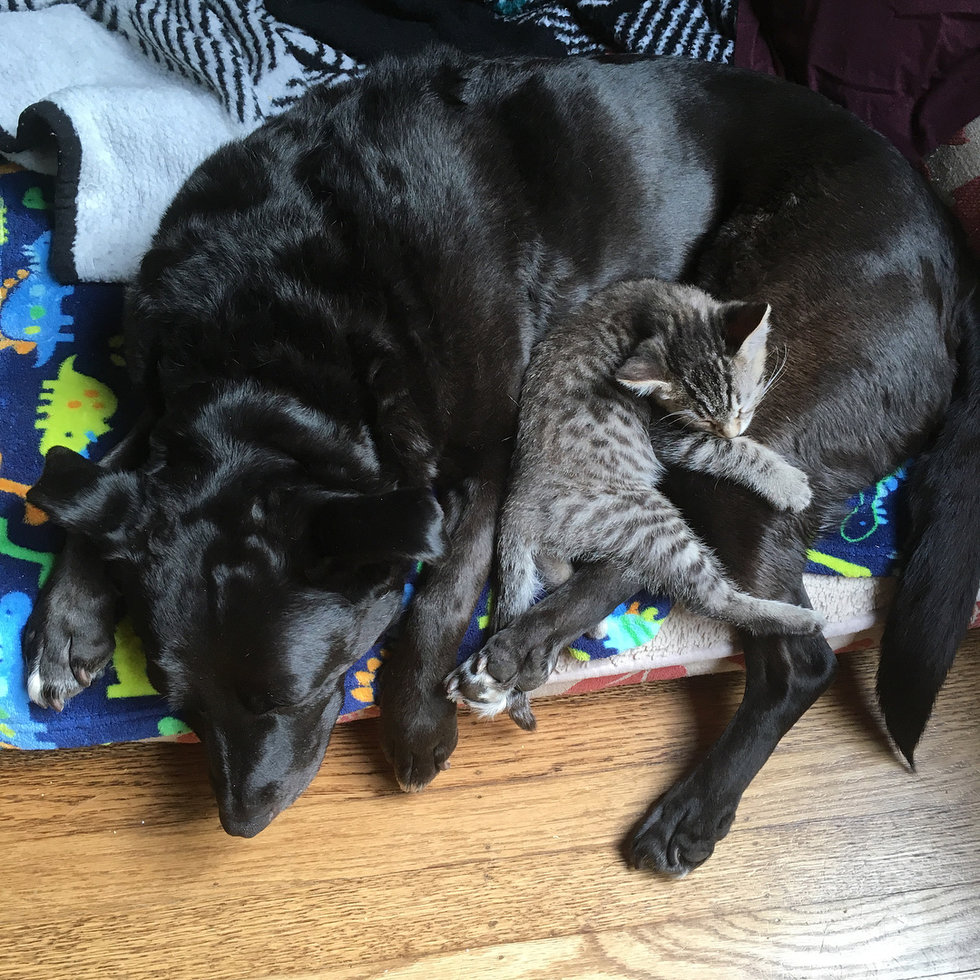 Not only is this sweet pup providing love and comfort to the kittens, she is also helping them have a higher chance of being adopted by a family with dogs. 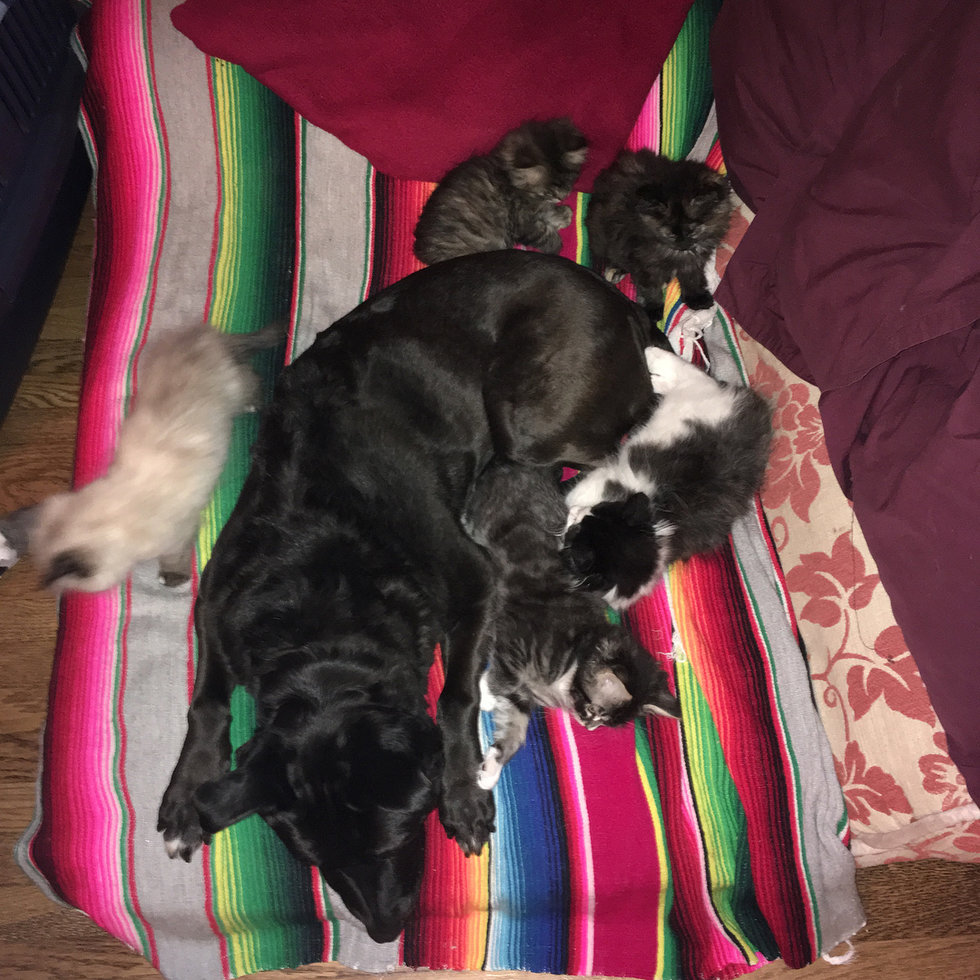 “Many of my adopters have told me they chose my foster specifically because they saw how the kitten related to Zuca, and they wanted that in their home,” Ronda told LoveMeow.

Well done, Zuca! With the kitten season right around the corner, animal shelters across the country are preparing for an increase in kitten intakes. You can help your local animal shelter by fostering a kitten (or two!) while they await their forever homes. This will also help free up space for even more animals. For tips on how to socialize foster kittens, click here. And if you’re not sure what you’ll need to foster, check out the essentials here!