Smurf the Kitten Who Was Dyed Purple and Used as ‘Chew Toy’ for Fighting Dogs Gets Saved! 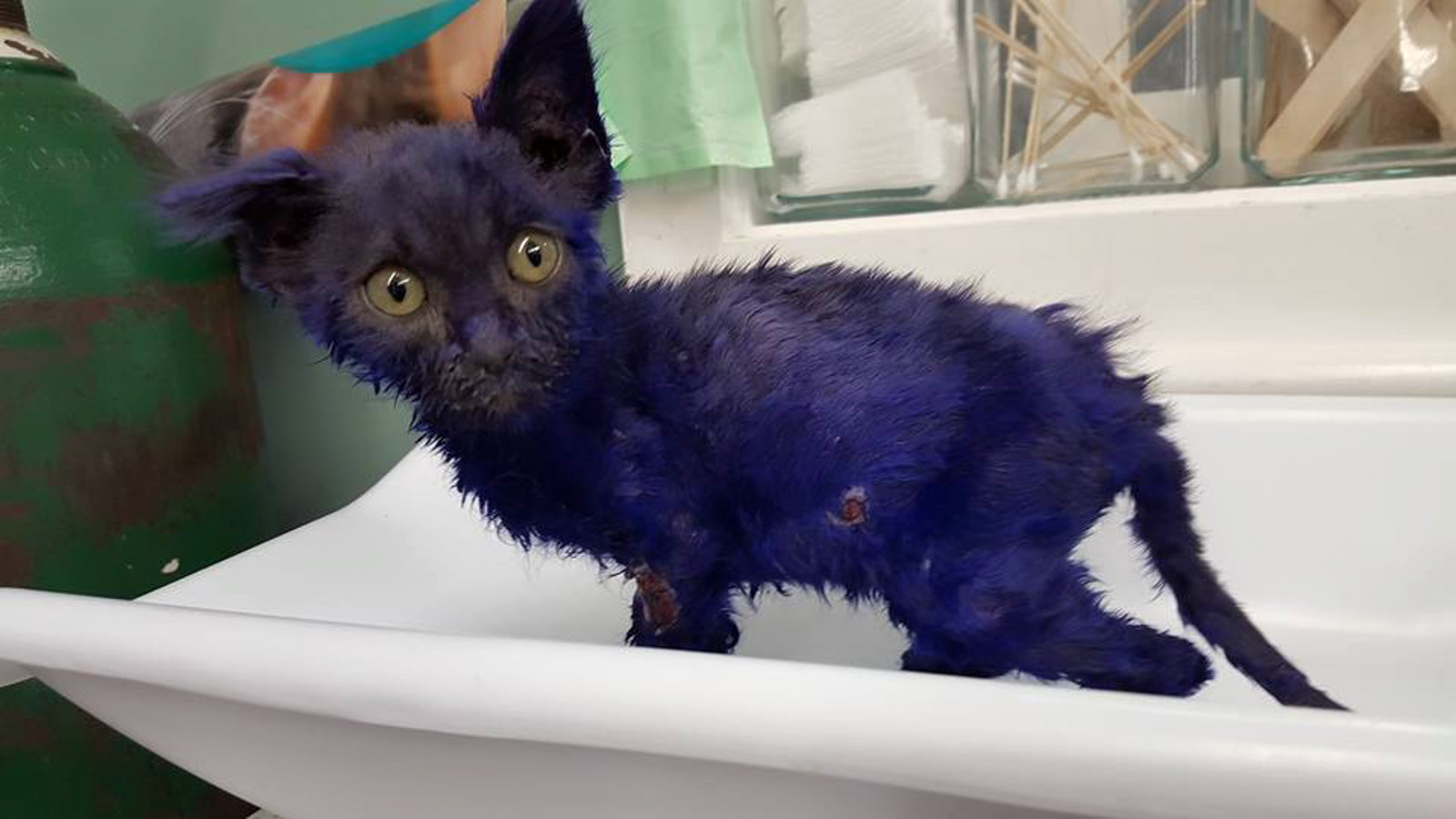 A seven-week-old kitten that has been dyed purple and suffered from at least 15 bite wounds and deep lacerations was rescued to recover from his injuries at the Nine Live Foundation, a no-kill shelter in Redwood City, California.

Named Smurf for his periwinkle hue, this poor baby kitten, who weighed in at just 1.75 pounds, appeared to have been “used as a chew toy for a larger animal (or) dog,” the Foundation said in a Facebook post. The kitten was rescued from the San Jose Animal Care Center and transported to Nine Lives for medical care. Smurf weighed in at just 1.75 lbs. 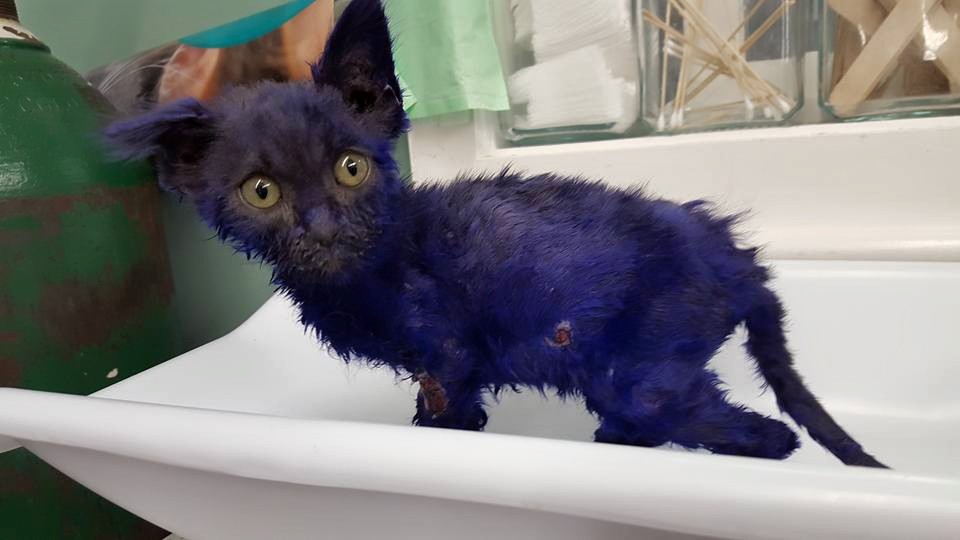 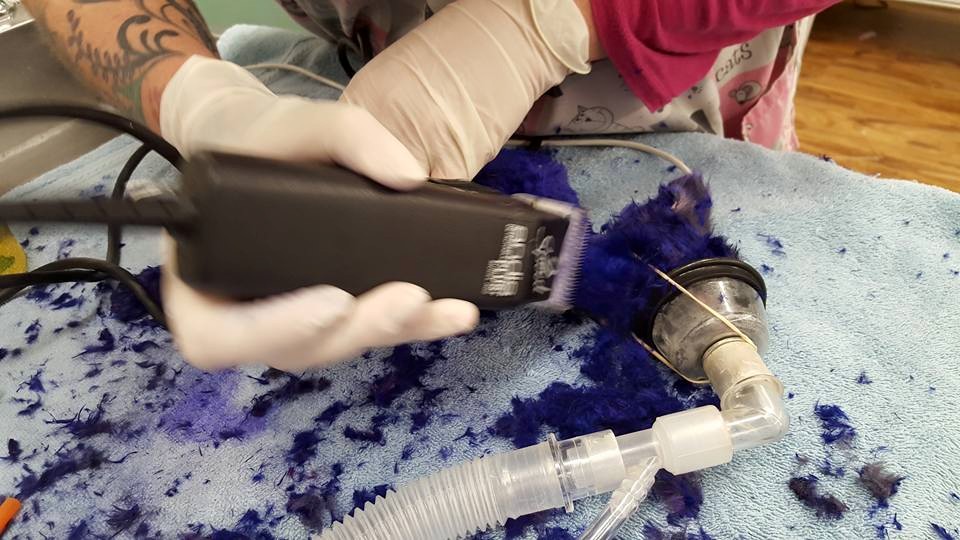 Smurf cuddles up in his new blanket after rescuers give him the TLC he needs. 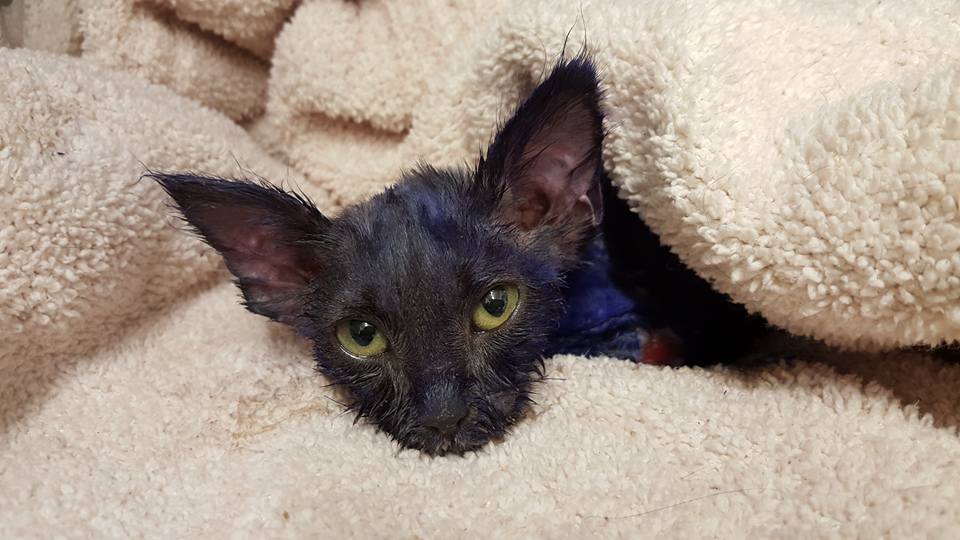 Just a few days after his rescue, Smurf was feeling much better. He was up and playing with his two new kitty friends at the shelter, who just adore him.