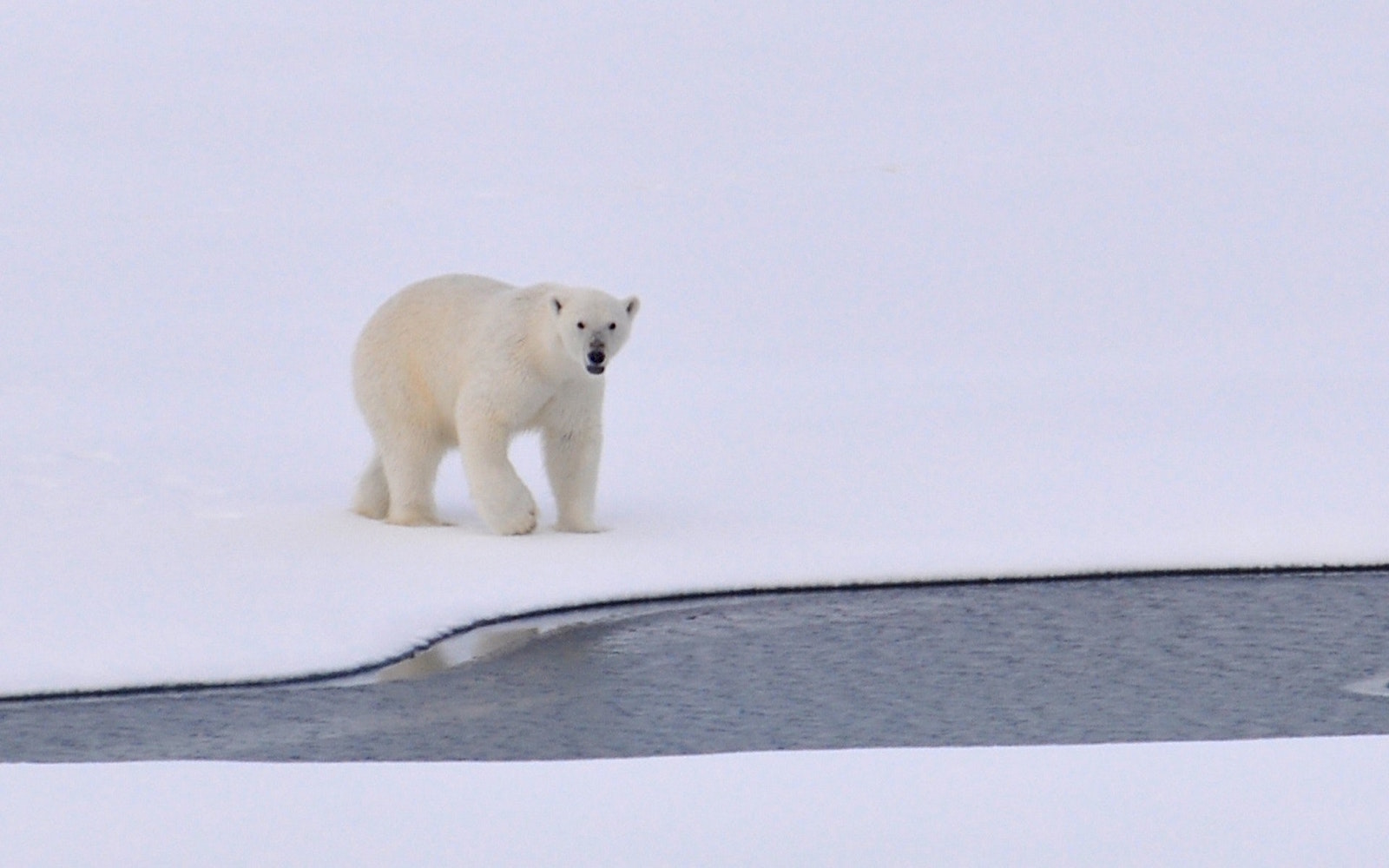 What is currently happening to polar bears in the Arctic Circle, their native home, paints a clear picture of the effect humans are having on our planet and its wildlife. As rising ocean temperatures cause the ice sheets that once covered this area to disappear at an unfathomably rapid rate of 8.6 million acres per year, polar bears (among many other species) are experiencing major changes to their natural habitat.

As the sea ice these animals depend on to provide them with a home and a place to hunt turns from one huge expanse into ever-dwindling islands, polar bears are being left stranded and unable to reach new hunting areas. Further, this change is seriously interfering with this beautiful arctic creature’s ability to find food, thereby causing the bears to take desperate measures to avoid dying from starvation.

In an effort to locate food to sustain themselves, polar bears are now venturing to areas where they wouldn’t normally go. Plus, they’re beginning to eat whatever they can get their hands on: In recent years, wildlife photographers have captured heartbreaking photos of polar bears eating dolphins — something they would never typically do if not for extreme food scarcity.

Polar bears are also crossing paths with humans more frequently than ever before, likely as a result of the fact that their available terrain is decreasing, and they are thus being driven to alter their normal behavior and migration patterns in order to stay alive. Just recently, a polar bear was shot and killed after the animal attacked a polar bear guard who was leading tourists off a cruise ship that had just docked on the Svalbard archipelago between the North Pole and mainland Norway.

This remote, ice-covered archipelago is known for being home to polar bears, but in the past, these animals have rarely disturbed human visitors. But now, since the arctic bears have significantly less room to roam, they are far more likely to come into contact with tourists, who are incidentally visiting the region in higher numbers than ever before in hopes of glimpsing the wondrous glaciers before they are gone for good. With dozens more cruise ships reportedly scheduled to dock at the Arctic port in coming weeks, this is unfortunately very unlikely to be the last time humans and starving polar bears clash.

So what can we do to help solve the polar bear’s plight before this important species becomes extinct?

The answer lies in reversing the effects of climate change, which you can help achieve on a personal level by lowering your own carbon footprint. What’s the best way to do this, you ask?

Believe it or not, leaving meat and dairy off your plate is the single most effective way to do so. In fact, by choosing to eat plant-based foods instead of animal products, you can cut your carbon footprint in half and save around 200,000 gallons of water each year. If everyone in the U.S. took these steps, the positive effects would seriously add up! Among many other great things, this change would help stop the destruction of the natural habitat of our planet’s critically endangered polar bears.

To learn more about how you can help play a role in solving our current climate crisis and saving our Earth’s precious creatures simply by changing the way you eat, check out the #EatForThePlanet book!