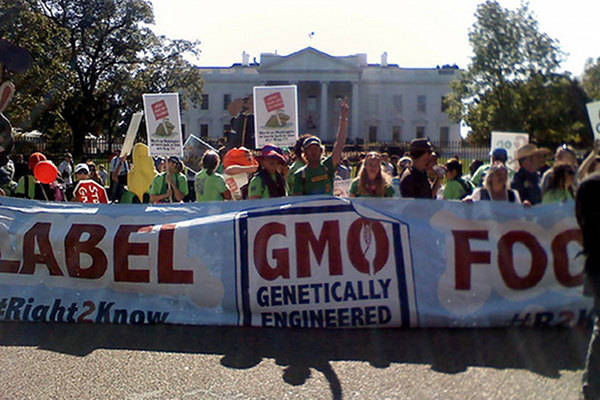 According to the results of a recent poll the majority of American parents want the Food and Drug Administration (FDA) to require labeling for foods that have been genetically engineered (GE) or contain GE ingredients.

The poll was conducted by the Just Label It (JLI) coalition and found that 90 percent of mothers and 88 percent of fathers are in favor of labeling GE foods. JLI is now encouraging parents to sign a petition asking the FDA to mandate food labeling for GE foods.

Gary Hirschberg, JLI chairman said that ‘instinctively, parents want to make informed choices about what they eat and what they serve their children…but when it comes to genetically engineered foods, parents are left in the dark because the common-sense tool that could help them choose – food labeling – isn’t available to them.’

Those opposed to the labeling of GE foods have suggested that no health effects have been detected between GE and conventional foods, but the JLI believe that until we know that GE foods are safe to eat, we should have a choice about whether we want to eat them.

Concern over GE foods has heightened after recent controversies surrounding pink slime, the toxic 2,4-D herbicide, and a recent study which found that the insecticide in GE corn is now showing up in our bloodstream.

The JLI has accused the current FDA policy as being out-of-date and out-of-touch. Presently, because the distinction between GE and conventional foods cannot be discerned by touch, sight, smell or taste, then the two are not legally different. The JLI petition aims to change this definition to incorporate changes in food that elude the human senses.

How important is mandatory labeling? Costly and unnecessary or a fundamental right?