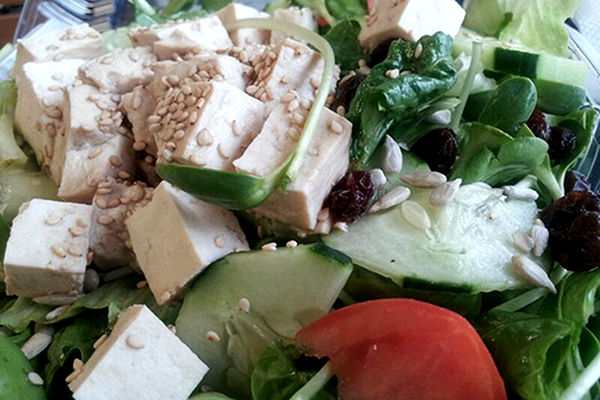 A lifestyle change can severely alter anyone’s daily routine and interactions. Those that choose to eat vegan are making a change they hope will better not only their health, but their overall lives. Still, a plant-based diet can lead to awkward social situations among friends and family.

On May, 2012 MTV aired a True Life episode titled “True Life: I have Orthorexia” which chronicled the struggles of three young adults whose restrictive diet choices led to tension with loved ones. The Mayo Clinic describes orthorexia as “the extreme limitation and obsession in food selection…individuals fixate on eating foods that make them feel pure and healthy” which leads to social isolation.

One of the subjects, Andrew, was a vegan because of fears associated with the health risks of factory farmed meat and dairy. In his quest for health, he avoided any toxins he believes might cause cancer, forgoing food that was not organic or cooked and stored in plastic containers. “I look at people and they’re dying and I don’t want that to be me,” he says, explaining his reasoning behind his choices. Andrew worries about the restrictive behavior because it was leading to a mental eating disorder. During a restaurant meal with his family, his mother worries, “your body also needs meat, you just can’t eat vegan” in response to his recent weight-loss. Andrew ultimately decides to change parts of his eating habits after finding alternatives that include grass fed beef.

There are ways to continue eating vegan without jeopardizing your physical health and social well-being. Here are 5 tips to vegan living in a meat-eating world that will help you embrace the lifestyle and put you at ease.

1. Plan ahead, know what will be served if you are going out by exploring vegan options for restaurants and special occasions like holidays.

2. Understand your options, which will in turn help others understand your diet change. Look for milk and meat substitutes that will help jumpstart the transition while pleasing your taste buds.

3. Get a balanced diet. Constantly eating vegan junk food won’t give you the energy of a plant-based diet that everyone talks about. Try these tips for eating a whole food, unprocessed diet.

4. Talk to your family about your changes so that they can be a source of support.

5. Have fun! Look into vegan lifestyle options like shoes and accessories and become a part of the vegan social networking stratosphere with Pinterest and Facebook as resources for fun ideas.