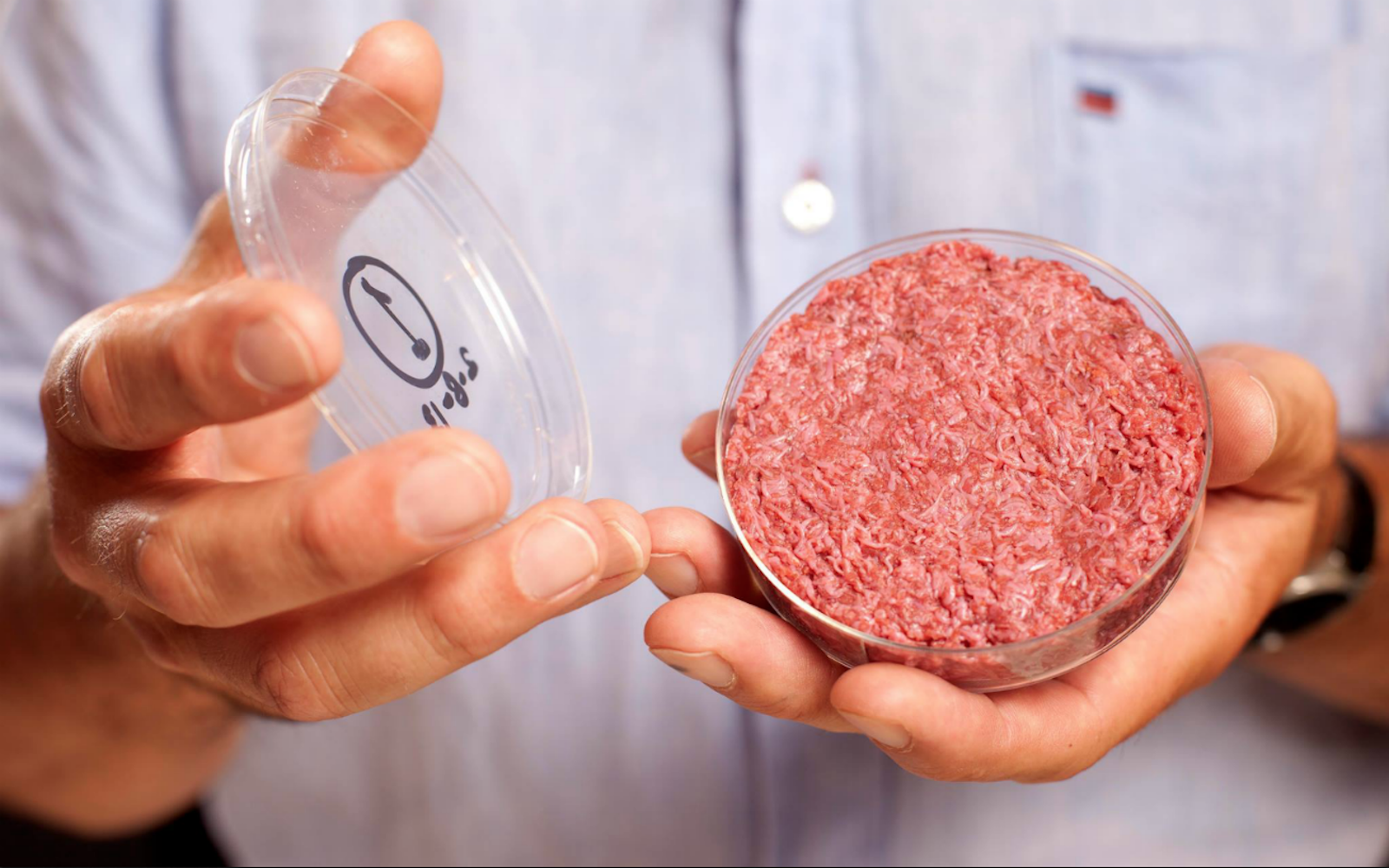 Just four years ago in 2013, food technology company Mosa Meat, based out of Maastricht, Netherlands, debuted the very first clean meat burger for a staggering $420,000. While groundbreaking, the animal-free burger had the texture of beef but didn’t yet have the flavor or color of a traditional burger.

Ever since then, Mosa Meat’s scientific officer Mark Post and chief executive officer Peter Verstrate have been busy perfecting the fat tissue and heme (a compound extracted from yeast that gives color to red meat) for their lab-grown burger. And we have exciting news to share, “Burger 2.0” will soon be on your plate!

Mosa Meat has announced that “Burger 2.0” will debut in high-end restaurants by 2020. That’s just two years away! The company recently closed its first round of funding and hopes to close a larger round of funding by the end this second quarter. “We’re 70 percent to 80 percent there,” Verstrate told Food Navigator.

With so many other food technology companies developing clean meat, such as Hampton Creek, Memphis Meats, and SuperMeat, do we really need another player in the lab-grown meat game? Considering the disastrous impact industrial animal agriculture is having on the planet – YES!

The United Nations Food and Agriculture Organization (FAO) estimates that livestock production is responsible for 14.5 percent of global greenhouse gas emissions while other organizations like the Worldwatch Institute have estimated it could be as much as 51 percent. In addition, industrial animal agriculture is quickly depleting our land and water resources – and despite all the resources used, it’s failing to feed the world. Nearly one billion people currently suffer from hunger across the globe and as the population continues to mount to 9.8 billion by 2050, we simply won’t be able to sustain more people eating a diet high in animal products.

The first step to building a more sustainable food system starts with consumers eating less meat and dairy, but there is a large percent of the population that will likely never give up meat so lab-grown meat can come in to fill the gaps. Research by Oxford and Amsterdam Universities noted that switching to lab-grown meat would allow a reduction of up to 98 percent greenhouse gas emissions, 99 percent land exploitation and up to 96 percent in water usage! With the future of the planet, and really our species, hanging in the balance, this is fantastic news.

As for Mosa Meat’s feelings on other food technology companies? They don’t mind one bit, as Verstrate told Food Navigator, “The global meat market is worth over one trillion dollars. Four companies in a shared field is not an issue.” We can’t wait to try “Burger 2.0” once it debuts!

If you want to learn more about clean meat and the players in the space, check out this recent interview with Paul Shapiro, author of Clean Meat: