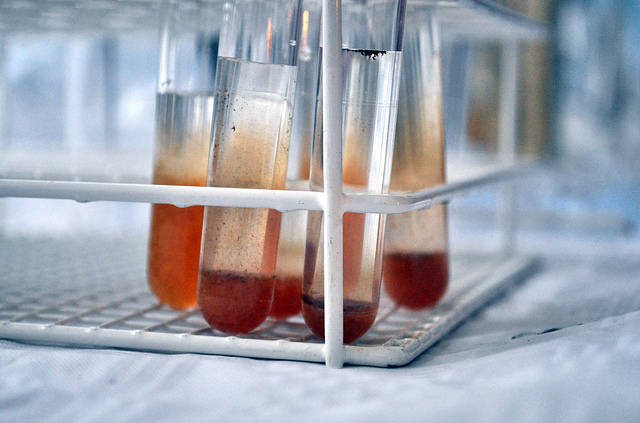 Professor Mark Post, head of the department of vascular physiology at Maastricht University in the Netherlands has been given around $420,000 to make a hamburger. Here's the kicker…he has to grow it in a lab."> An Ethical and Sustainable Hamburger? - One Green Planet
Food Monster App Tiny Rescue Shop Newsletter Support Us Cookbooks Petitions

An Ethical and Sustainable Hamburger?

Professor Mark Post, head of the department of vascular physiology at Maastricht University in the Netherlands has been given around $420,000 to make a hamburger. Here’s the kicker…he has to grow it in a lab.

Professor Post plans to harvest a number of cells called myosatellites — a form of muscle stem cell that is normally used by the body to repair damaged muscle. Myosatellite cells can be extracted from a mature animal without killing it and can be used to form into muscle fibers. All Professor Post has to do to form a strip of muscle is provide anchor points for the fibres to grow around, and the muscle forms by itself.

For his first burger, Professor Post intends to harvest a number of these thin strips, mince them up with onion and spices, and then get a celebrity chef to cook up the hamburger. He thinks a high profile publicity stunt is needed to change the image of in vitro meat and wants to show the public that it is safe and fundamentally no different to eating meat from animals.

Raising livestock for food is not only terrible for the animals, but is also damaging the environment and our health. Only time will tell if lab grown meat provides a more ethical, sustainable and healthy alternative to animal agriculture.

Till then, enjoy this amazing eggplant burger, which is great for the animals, the planet and you. Moreover, it’s a helluva lot cheaper to make!