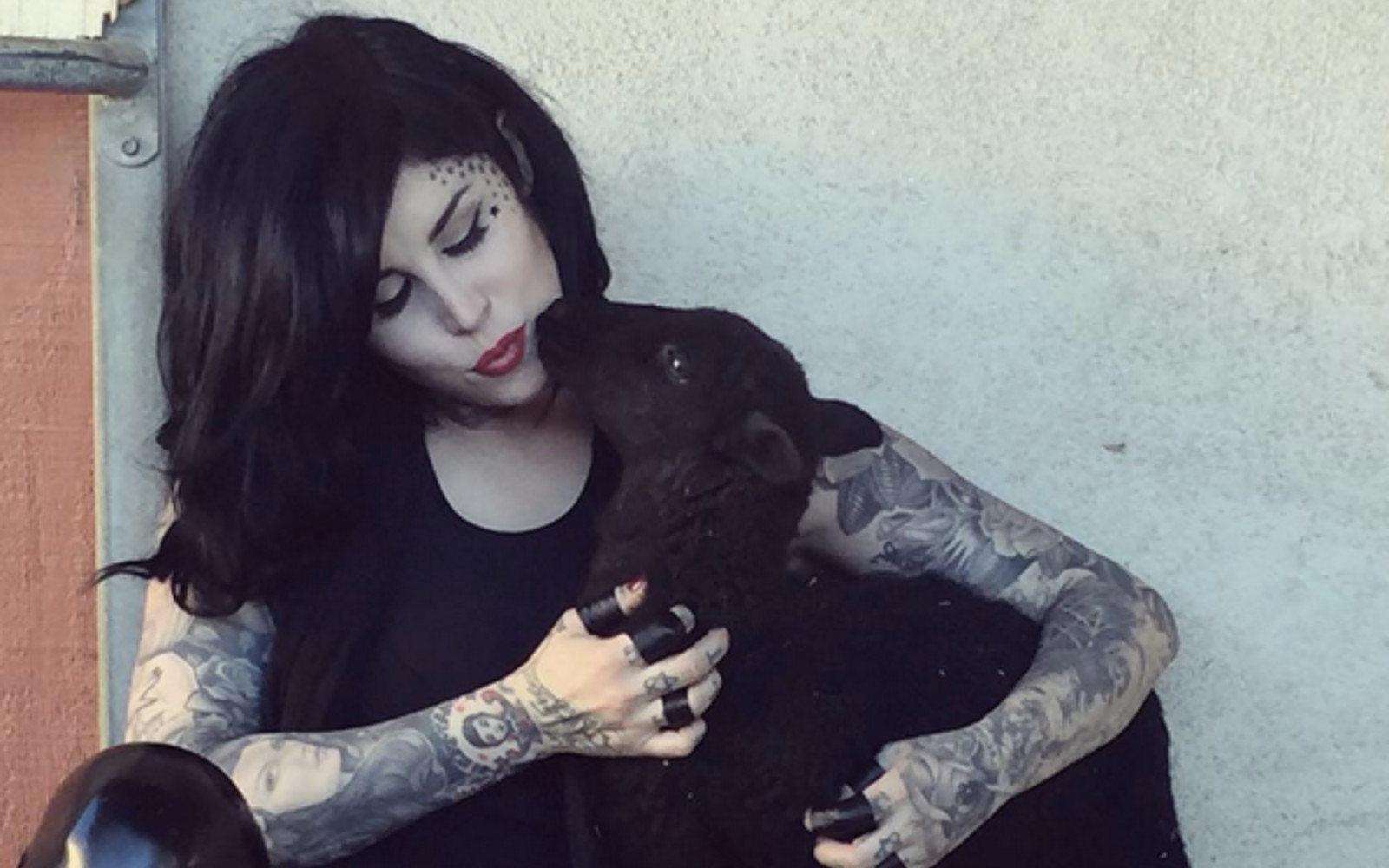 Great news, Green Monsters! Kat Von D has announced that she plans to make her makeup line completely vegan! The famous tattoo artist, model, and makeup mogul decided to reformulate her entire line to be completely cruelty-free, excluding any and all animal products and, as it was before, produced entirely without animal testing.

In addition to being an incredibly famous tattoo artist, Von D has added another title to her resumé: animal advocate. She made a point to exclude animal testing from her makeup line when it first came out, she went vegan and spent her birthday volunteering at Farm Sanctuary, and in general, uses her fame to raise money and awareness for animal rights. Considering her apparent love for animals, it seems only appropriate that Von D is now completely reformulating her products to be animal ingredient free. The makeup artists admits the thought crossed her mind before she went vegan but she disregarded it. “When I launched [the line,] I was not sober; I was not vegan yet. So I had no idea about ingredients in formulation,” shared Von D in an interview with LAIKA magazine, “I would always think it was funny when brands would be like, ‘Oh, we’re vegan.’ Yeah, well, you don’t eat lipstick. [I was] super ignorant, you know?”

The main issue in Von D’s current line is carmine. When Von D found out that many of her products contained the dye derived from beetle’s wings, she knew she had to make a change. She plans to reformulate all products with the ingredient, and chuck whichever one cannot be changed.

Considering Kat Von D already is immensely popular among makeup lovers, we think the change will only increase her success. We applaud her decision to go the extra mile and make sure that no animals are harmed in the making of her products. We only hope that other producers will follow her wonderful example!