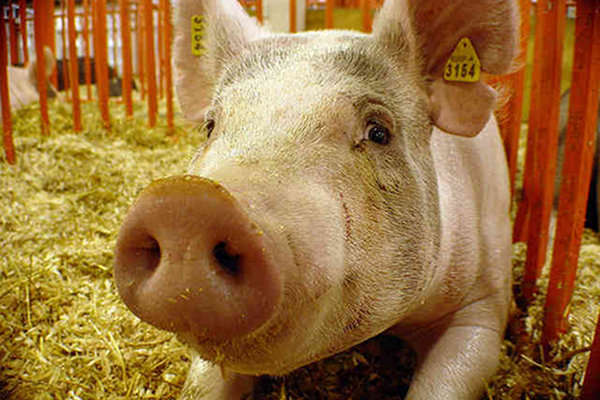 The Humane Society of the United States (HSUS) has filed a legal complaint with the Federal Trade Commission (FTC) accusing the National Pork Producers Council (NPPC) of engaging in “Deceptive Advertising” related to animal welfare claims. According to the HSUS, the NPPC’s “Pork Quality Assurance Plus” and “We Care” Initiatives are riddled with false and misleading claims that all pigs receive humane care and handling.

The HSUS complaint points out that several organizations have regularly documented practices in the pork industry that most consumers do not consider humane, such as confinement of gestating sows in two-foot-wide metal cages, and painful procedures such as tail “docking,” which is typically performed without any form of pain relief.

“The pork sector spends millions of dollars misleading the public about its animal welfare record, said HSUS senior counsel for animal protection litigation Jonathon Lovvorn in a press statement. He also added “Rather than investing in real animal welfare reforms, the Pork Council is betting the farm on a deceptive PR campaign designed to mislead consumers with false assurances.”

The NPPC’s site outlines what it calls the ethical principles of the We Care initiative, which include producing safe food, protecting and promoting animal well-being and ensuring practices to protect public health, among others.

The NPPC released a statement calling the claims “absolutely false,” and added that they will “vigorously defend” against them. “The FTC complaint is the latest attack by animal-rights activists on America’s hog farmers, an assault that seems obviously in response to the U.S. pork industry’s strident opposition to congressional legislation that would allow federal bureaucrats to tell farmers how to raise and care for their animals,” said the NPPC.

What do you think? Can large scale animal agriculture every be “humane?”