Homeless Dog Who Lived Under a House His Entire Life Ate Trash to Survive – But That’s All Changing Now! 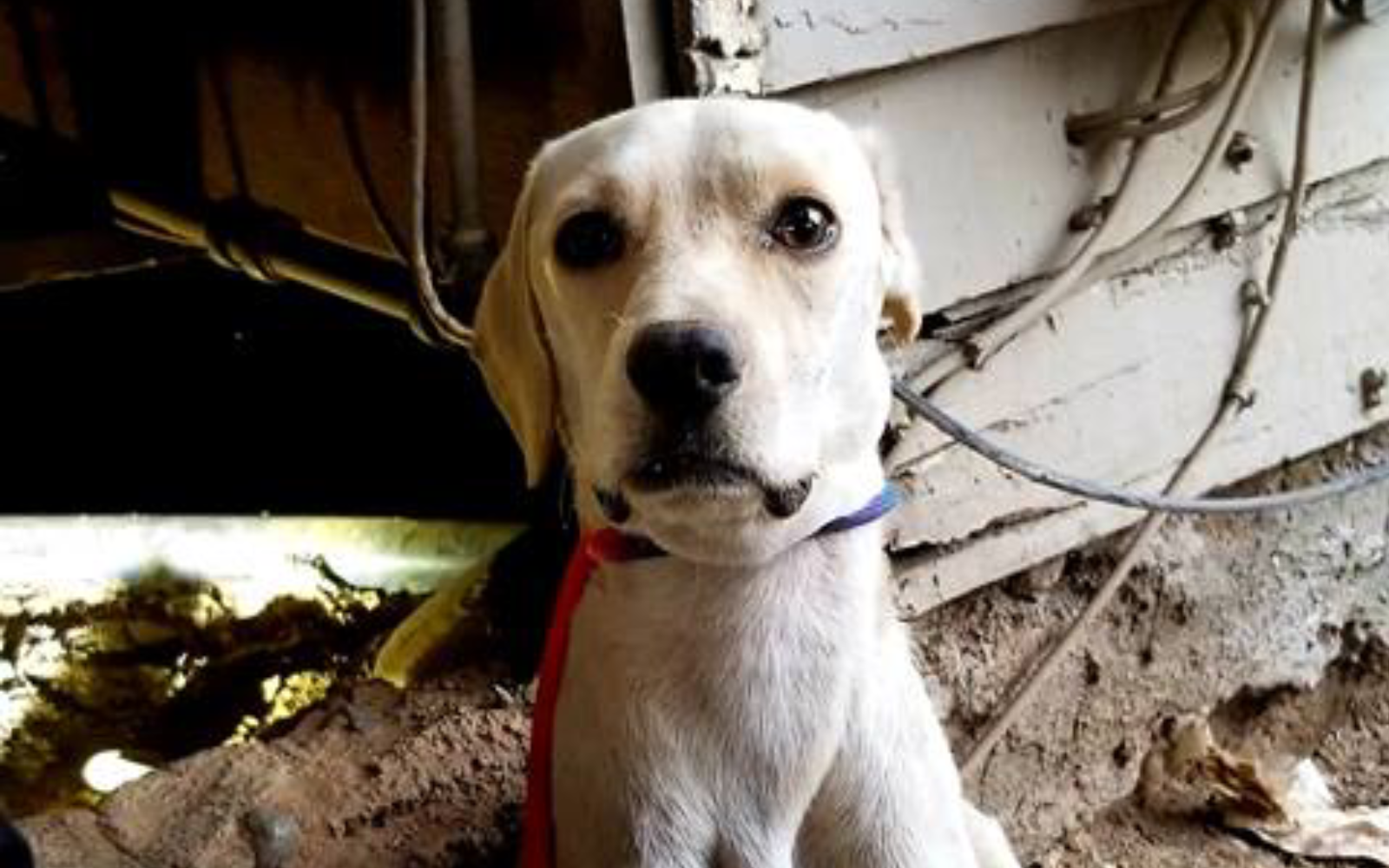 Sometimes it’s not as easy as picking up a homeless dog from the streets who needs rescuing. Sometimes it takes the vigilant eye of a community to help determined rescuers track downpoor needy dogs. This was the case with the beautiful Washington, who has been reported as looking in bad shape for weeks.

It’s believed Washington has been homeless all his life, as residents in the area near where he was finally rescued have reported seeing him ever since he was a pup. Pinky Paws Search & ResQ was contacted to help when some good Samaritans noticed how sick he was looking.

Washington was only usually seen in the mornings and evenings, and it seemed he wanted to stay out of sight. Pinky Paws finally tracked him down by climbing under a house to reach him, earning his trust with a bit of food!

Pinky Paws took Washington to Family Pet, where he has been thoroughly checked over. He is lethargic, septic, dehydrated, anemic, and understandably looking sorry for himself!

Washington has constipation from eating trash, and there are even rocks showing up in his X-rays, probably from him foraging desperately for something to eat. His belly is badly distended because of a build-up of junk. What a horrid existence the poor little boy has known.

And as is probably to be expected from a life on the streets, poor Washington is also covered in ticks and fleas. The upside is that he doesn’t have any tick diseases and has tested negative for parvo. Now, he has a little work ahead of him to get better and hopefully will soon be found an adoptive family who will give him his first ever home. Get well soon, Washington!

With 200 million stray animals across the world and 70 million of those in America alone, stories like Washington’s where he has had an entire community rallying around to help him are unusual and really touch our hearts. The ordeals these dogs must face alone on the streets, without food, comfort, or shelter, are just unimaginable. Thankfully we have heroes like Pinky Paws Search and ResQ who literally crawl through dirt and rubble to give these beautiful dogs a second chance in life!

To follow Washington’s progress, or find out more about the incredible work Pinky Paws Search and ResQ does, please visit their Facebook Page.