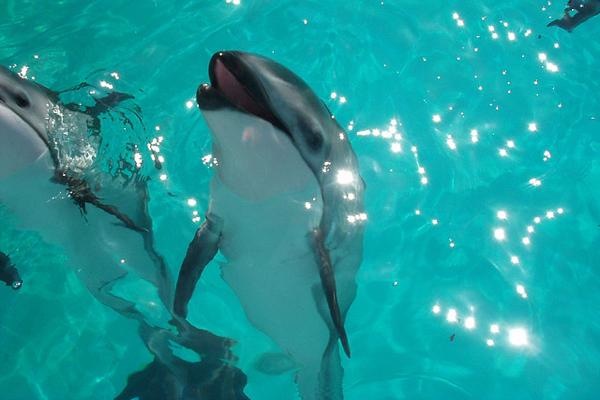 Last November, we reported that two dolphins were found dead following a controversial rave at a Swiss zoo. Animal rights groups suspected that the loud music may have played a role in their deaths.

But now toxicology results have confirmed that the dolphins were given the drug Buprenorphine by clubbers during the rave. This drug is especially dangerous for dolphins, who are conscious breathers, and must actively decide when to come to the surface to breathe. Taking an opiate reportedly causes this part of their brain to switch off. In other words, he drug drowned them by suppressing their instincts to surface for air.

Connyland zookeeper Nadja Gasser said the dolphins suffered a horrible, slow death, noting: “He was drifting under the water and was clearly in trouble and so we jumped into the water. We tried to hold him. He was shaking all over and was foaming at the mouth. The death went on for over an hour. It was horrendous. I have not been able to sleep since.”

Connyland has denied any wrongdoing.

Switzerland has since taken steps to ban the import of dolphins into the country and ban the keeping of dolphins for entertainment purposes, such as in zoos and aquariums.