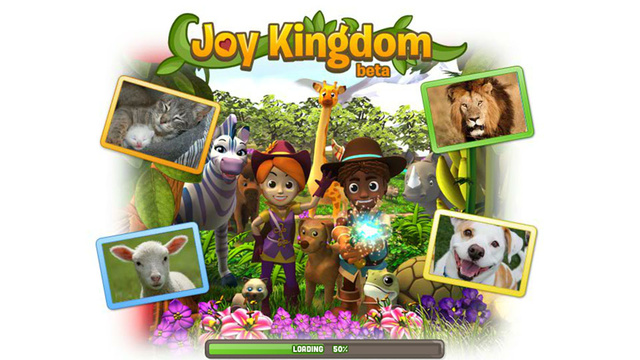 Last week Ellen DeGeneres announced on her show the launch of a new Facebook game developed by SoJo studios. Joy Kingdom will allow players to earn currency and use it to contribute to real-world charitable projects of their choice.

The company has gained recognition for a similar game entitled WeTopia in which players can earn currency for children’s charities worldwide. Half of the profit from in-game purchases and advertising revenue is applied to various charities. Since its launch in November last year, the game has raised half a million dollars for worthy causes. Supporters hope that Joy Kingdom will be just as successful.

DeGeneres commented, “I’ve always said I like speaking for animals, because they can’t speak for themselves. And now I’m going on Facebook for them, because my cat can never remember her password. Joy Kingdom is fun, and I’m excited about how many animals we’re gonna help.” Justin Bieber is also lending his support.

SoJo has partnered with The Humane Society of the United States, Best Friends Animal Society and Farm Sanctuary in the development of the game and the promotion of the projects.

Wayne Pacelle, president and CEO of HSUS said, “The Human Society of the United States is proud to have been selected among the many worthy animal groups to be featured in Joy Kingdom. Throughout the games, players will be able to support the HSUS’ direct-care centers for rescued, abused and rehabilitated animals, as well as our work on street dog welfare and providing health care and vaccinations to pets in under-served communities.”

In the game, players help Amani, King of the Animal Spirits to restore their world after shadows have stolen away all of the joy. Players work cooperatively to overcome challenges and clear away the shadows. Game-play is punctuated with videos concerning the projects.