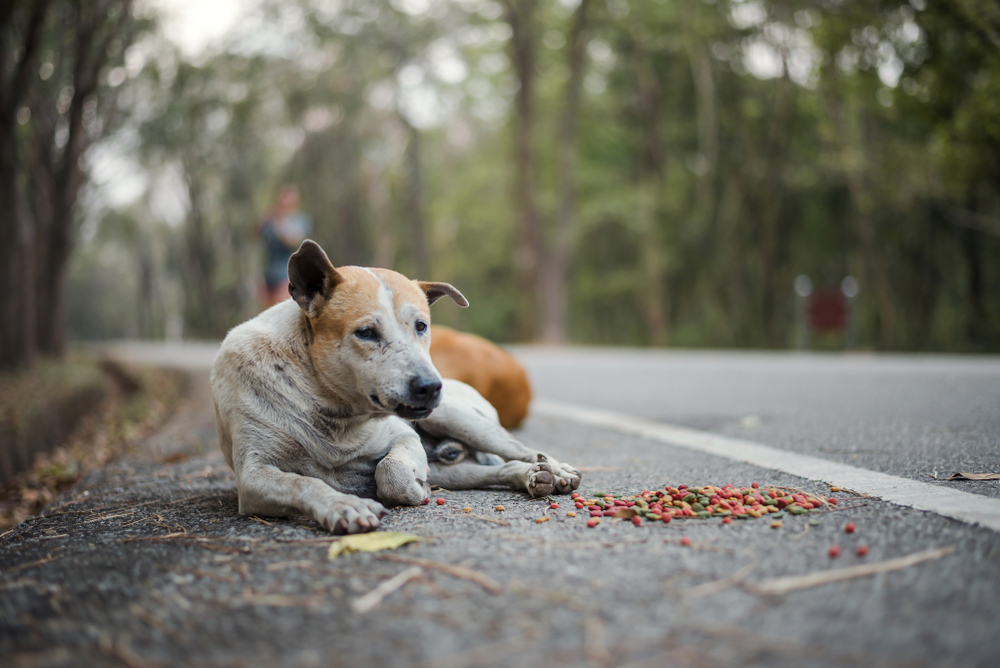 There are over 70 million stray cats and dogs living in the United States and sadly, a large majority find their way to the streets after being abandoned. Far too many people see leaving their dogs on the side of the road as a viable option when they don’t want them anymore. They’d rather sentence an innocent life – one that depended on them and trusted them – to death instead of taking responsibility. This is exactly what a CCTV camera caught a woman doing to her dog in a scene that can only be described as heartbreaking. A Care2 petition is urging the Springfield, MO Police Department to punish this wicked woman and show others that this is not ok!

The footage shows an SUV pull up and back up to the edge of a road. She proceeds to jump out, open the trunk, close it, hop back in, and drive away. That’s when you see an adorable dog sniffing around with no idea what just happened to him – at least not at first. When he looks up and realizes he’s been left, his reaction is enough to bring you to tears! He runs full speed after the SUV as if to say, “Wait! You forgot me!” You can watch the sad event here.

How could anyone be so heartless and cruel? It’s a question we all ask ourselves time and time again, but in this circumstance, there is another question that needs to be answered – what’s going to be done to bring this person to justice? Dog abandonment is illegal in Missouri, and the first offense is considered a class C misdemeanor which can land you in jail. It is high time dog abandonment is taken seriously, and making an example of this caught-on-camera crime is a great way to start. Sign the petition voicing your support to find this woman and bring her to justice.