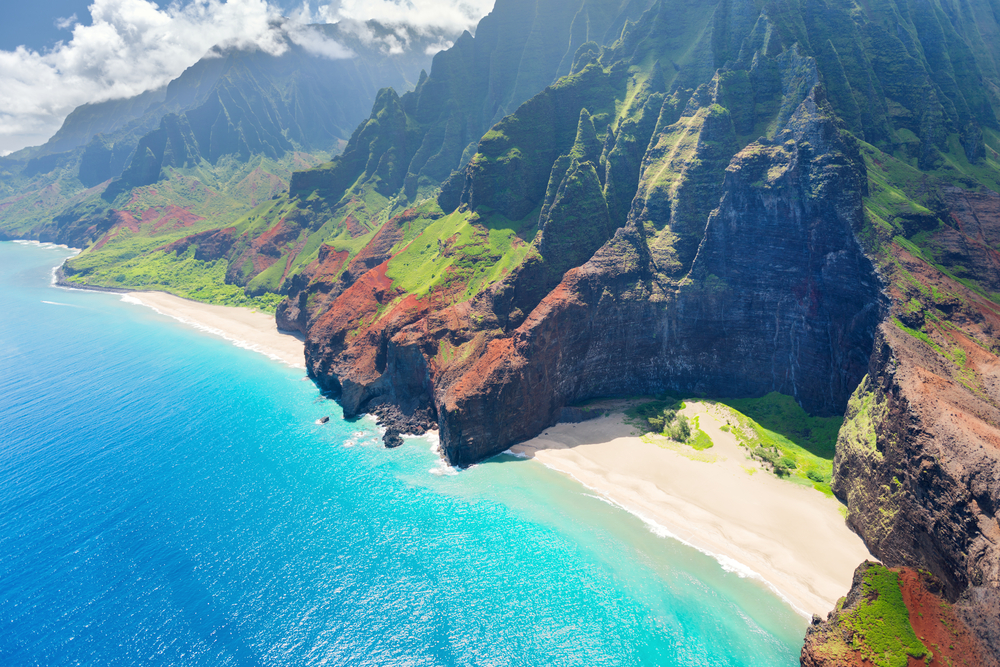 Kamilo Beach on Hawaii’s Big Island is often called “Plastic Beach,” because of the excessive amount of garbage on the beach. Much of the trash is thought to be from the Great Pacific Garbage Patch.

According to the Guardian, activists are concerned that the garbage on the beach harms marine life and water quality. Groups work to try to clean up the estimated 15-20 tons of plastic that wash up annually.

Hawaiian natives spoke to the publication about the change of the area over the past 30 years. Roger Bialas has spearfished the waters around the Big Island said of the changes, before pollution “It was like swimming in an aquarium. Every color of fish you could think of.” Now Bialas sees “food wrappers, shopping bags,” and says his skin feels dirty sometimes after being in the ocean. Rosalyn “Roz” Ku‘uleimomi Rubio Dias Concepcion said of the change, “I’ve definitely seen an increase in plastic washing up on shore since I’ve started, and I would have to say in the last three to four years it’s become more of an issue.”

Twelve mechanical engineering students developed a giant vacuum-like contraption to help clean up Kamilo Beach. Called Hoola One, It works to suck sands and debris from the beach, including microplastics. According to the Guardian, the machine picked up 230 pounds of microplastics in a few days. See video footage of the Hoola One:

Hawaii has been working hard to reduce plastic on the islands, Honolulu recently passed a strict plastic ban that included single-use food containers.  The state’s landfills are reaching capacity as the governments search for options to take care of trash.

Read more about plastic on beaches, including the Midway Atoll and on an island in England. There are products you may be using or habits you may have that contribute to plastic pollution. Learn more about how the use of Teabags, Cotton Swabs, Laundry, Contact Lenses, Glitter and Sheet Masks pollute our oceans so you can make more informed decisions going forward. There are also numerous simple actions and switches that can help cut plastic out of our lives including, making your own cosmetics, shampoo, toothpaste, soap, household cleaners, using mason jars, reusable bags/bottles/straws, and avoiding microbeads!