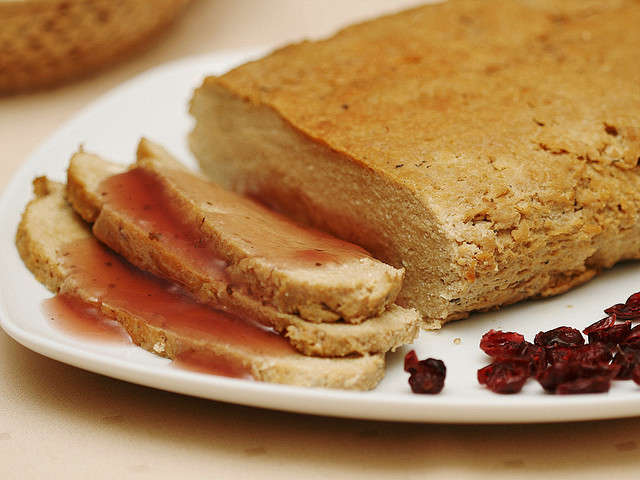 We previously reported on one Stanford University scientist’s claim that he has developed a plant-based meat that can win over even the staunchest meat-eater. European scientists involved in the “LikeMeat” project are making similar claims.

“LikeMeat” is a collaboration between European academic researchers, meat-processing companies and other food manufacturers. The team has been working to create an environmentally sustainable, plant-based meat substitute.

In a ScienceBlog report, the project’s head researcher was quoted: “Our goal is to develop a vegetable surrogate for meat that is both juicy and fibrous, but that also has a pleasant flavor.” The researchers believe they have already nailed the texture, but that the taste still needs to be perfected.

According to MSNBC, the lab factory churns out 130 to 150 pounds of vegan meat per hour from a system no bigger than two ping-pong tables. Its long slabs of fake meat — about 1 centimeter thick — have the juiciness and chewy consistency of real meat cutlets.

The team developed a new process specifically designed to create a “meaty” texture for plant-based substitutes. Water and plant proteins are boiled and then slowly cooled, allowing a long, fibrous protein chain to form.

Although a “meaty” or “fibrous” texture may not appeal to many vegetarians and vegans, the researchers are designing their product with meat-lovers in mind. They believe a believable meat substitute is an important step in more sustainably feeding the world’s growing population and demand for meat.

So far the team has experimented with wheat, peas, soy and legumes, developing a variety of recipes tailored to individuals who suffer from food allergies or intolerances.

The researchers will present their product at the Anuga FoodTec trade fair beginning on March 27 in Cologne, Germany, and expect to have a product on the market by the end of the year.