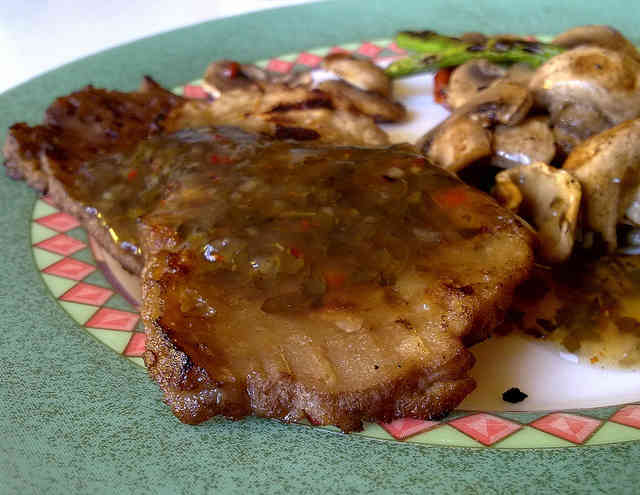 Patrick Brown, a vegan molecular biologist at Stanford University claims that he has developed a plant-based product that replicates the taste and texture of meat.

During a press conference held at the annual meeting of the American Association for the Advancement of Science in Vancouver, Brown revealed that he began his work several years ago when he decided to focus on solving the problem of animal agriculture. He described animal farming as an “inefficient technology millennia old” that also represents “by far the biggest environmental catastrophe.”

“We can do more good by taking on the simple task of figuring out how to convert cheap, abundant sustainable plant materials into nutrient-dense, protein-rich foods that people deliberately choose to eat based on taste and value,” Brown said, “[Rather] than by coming up with imagining sustainable, renewable energy sources or a car that can run for a thousand miles per gallon.”

Brown, who has been a vegetarian for more than 30 years and a vegan for more than 6 years said he is funded by an American venture capital firm and has two start-ups in California.

Interestingly, Brown’s meat replacement is not lab-grown, because Brown believes that developing meat from animal cells in a laboratory will still have a high environmental cost. Instead, Brown plans to rely only on plant-based sources to develop products that could replace meat and dairy

Brown described that he is working “to develop and commercialize a product that can compete head on with meat and dairy products based on taste and value for the mainstream consumer, for people who are hard-core meat and cheese lovers who can’t imagine ever giving that up, but could be persuaded if they had a product with all taste and value.”

The first such food product could very likely debut by the end of this year.

“What you first need is a gateway drug for people to realize that all the things they love can be satisfied by plants,” said Brown.