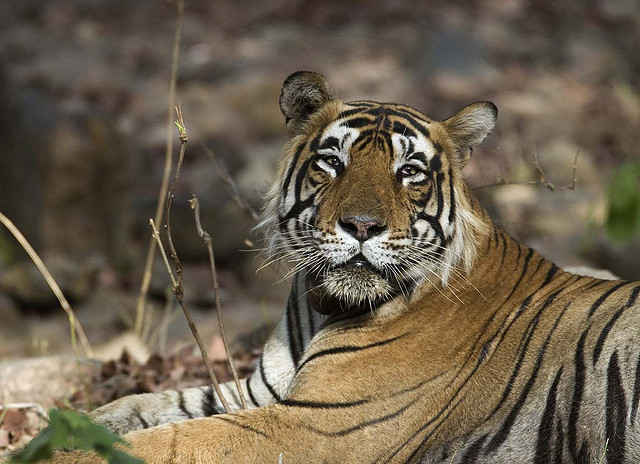 Humans and tigers have not shared the greatest relationship over the years. We have not only degraded their natural habitats, but have also poached tigers for their body parts for use in traditional medicines, clothing and other items. As a result of our actions, tiger populations have reduced to about 3,200 around the world.

However, things seem to be slowly changing in India, which is home to the largest number of wild tigers in the world and shelters approximately 60% of the world’s wild tiger population.

In a surprising and rare move by a human population, an entire village in India has been relocated specifically to make room for tigers. More than 350 people from 82 families in Umri Village in Sariska tiger reserve, located in the northern Indian state of Rajasthan have moved to a new location.

According to the BBC, Umri is the second village in Sariska to be relocated to help secure a proper habitat for tigers to increase their numbers.

Rajasthan’s chief wildlife warden, AC Chaubey told the BBC that the villagers are compensated with land, cash and livestock worth up to 1 million rupees ($20,000) and relocated to the nearest cultivable plots outside the reserve.

According to the latest tiger census report released on March 28, 2011 by India’s National Tiger Conservation Authority, the current tiger population is estimated to be 1,706. These numbers represent a 14% increase in the past three years, which is testament to the amazing work being done in India to aid with the recovery of the tiger species.