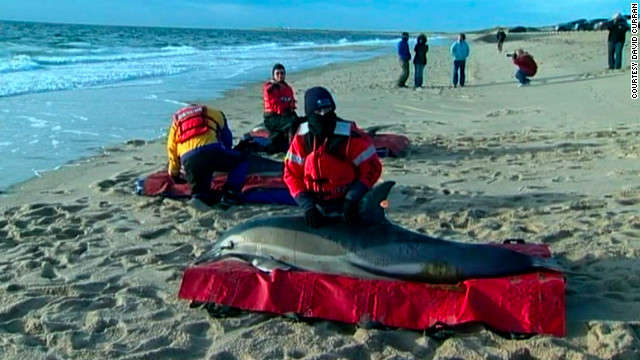 4 to 5 dolphins have washed up along the cape cod shoreline of those found only 27 were alive. Rescuers were able to save 19 of the stranded dolphins and have released them near Provincetown.

According to Kerry Branon, spokeswoman for the IFAW, stranded living animals are given full health assessments, including ultrasounds and hearing tests; dead animals are given CT scans and necropsies,” They have been able to tag and release 5 of the rescued dolphins.

The months between January and April are the high season for stranded dolphins, but the number of dolphins is unusually high. There are a few possible reasons for the stranded dolphins, one is the current pulling them in once they are close to land and another is due to the social nature of the dolphins that tend to take care and stay with the wounded members of their family.

The team is small but dedicated with the six members on call 24 hours a day, 7 days a week.