Dog Tied Outdoors in Middle of Snow Storm. How is This NOT Animal Cruelty!? 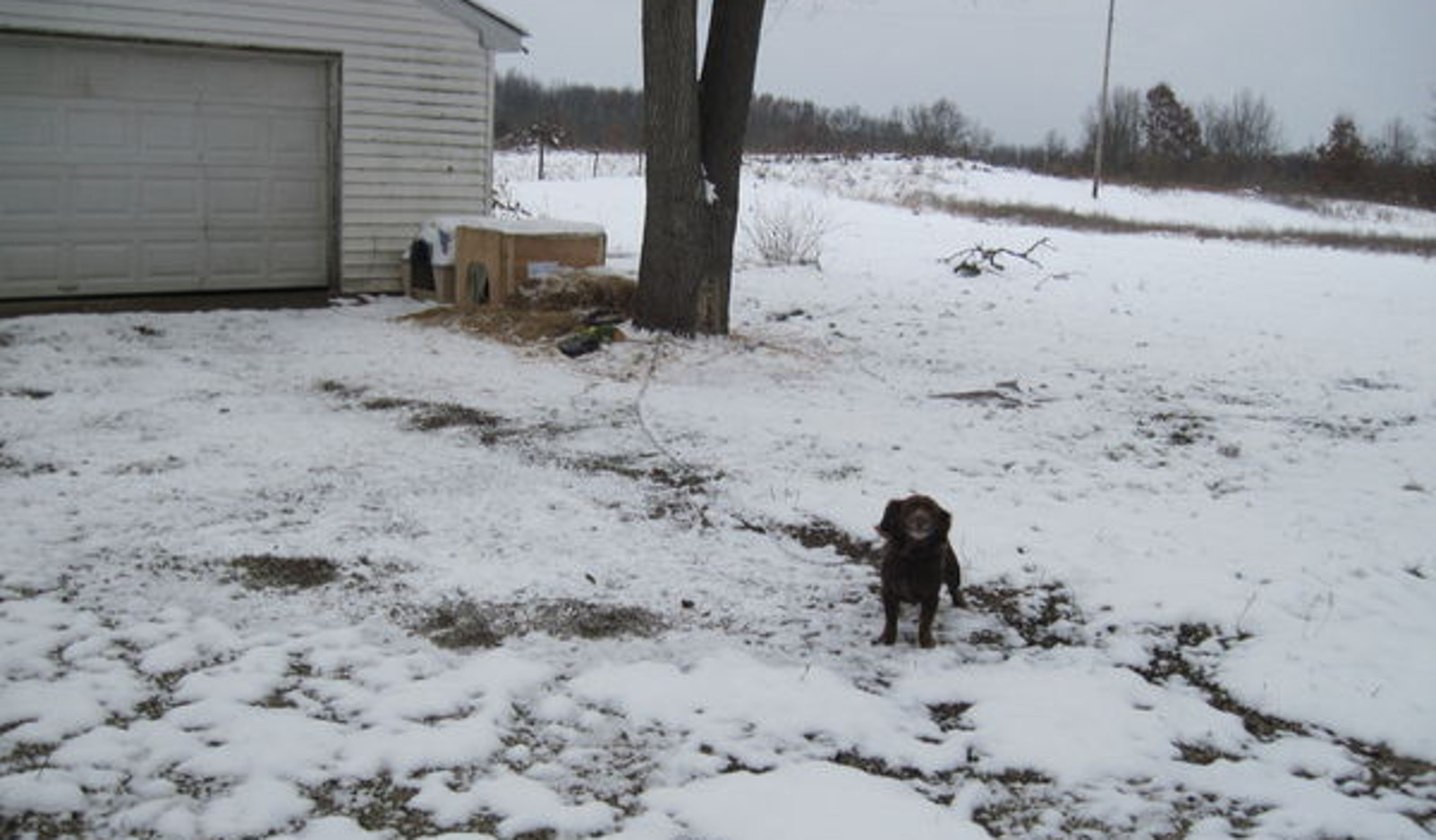 Local residents of Gobles, Michigan are up in arms over a dog, Chewy, who was repeatedly left out in the cold by his guardians. Chewy, a small Corgi/Labrador mix was tied to a tree outside his home throughout the course of recent snowstorms in the area. You would think it would be common sense to bring your dog inside when temperatures drop to 19-degrees and there is nearly a foot of snow on the ground, but Chewy’s guardians did not seem to understand this.

Neighbor, LuAnn Arebalos-Portuondo, contacted Gobles authorities multiple times with her concerns about Chewy’s welfare, explaining his lack of adequate food or shelter during the storms. After inspecting the report, authorities issued Chewy’s guardians a ticket for the dog not having a license, but did not follow up. 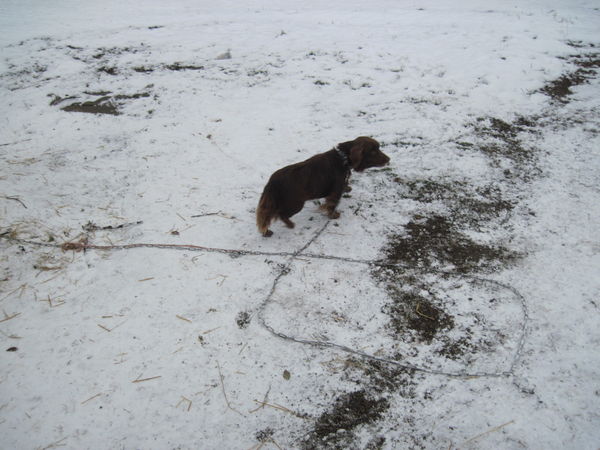 While chaining a dog to a tree during a snow storm screams animal abuse, in the eyes of the law, it is not. Arebalos-Protuondo took to social media in an attempt to get the guardians to take responsibility for the dog on their own right – or surrender him to another caretaker. 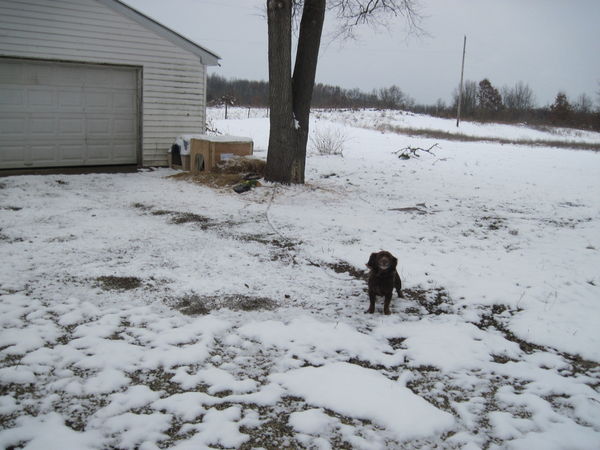 The SPCA of Southwest Michigan made a number of attempts to help Chewy, leaving a dog shelter, a bale of straw and heated water bowl to help him endure the weather, but their ability to do more is limited by the law. Katie Timber, the director of SPCA of Southwest Michigan tells MLive, “I have been in touch with Van Buren County Animal Control, but we are a nonprofit with no authority.” 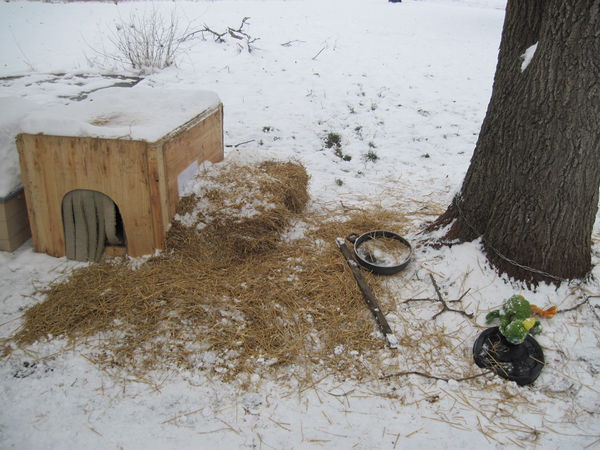 If she were to attempt to take Chewy, she would be charged with theft and trespassing. Thankfully, she was able to get Chewy the basic supplies to give him a fighting chance against the cold, however, this hardly compares to the care he deserves.

Chewy’s story illustrates far too clearly the fact that we NEED to stop thinking of companion animals as “property.” No guardian should be able to leave a dog out in a snowstorm, the same way they might leave their car outside. These are living, feeling creatures who need our help and protection. By chaining Chewy to a tree, he was rendered completely unable to seek out shelter on his own and has been sentenced to a suffer through the cold and snow. While his guardians claim they would take him in at night, it is clear that they have zero understanding that regardless of the time of day, dogs can still freeze to death in the cold. 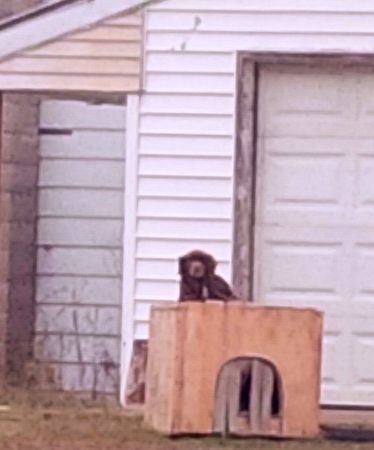 Timber urges people who are concerned about the welfare of animals in the cold to contact their local government to have ordinances changed to protect pets. While the law should not have to enforce the common sense responsibilities that come with being a dog guardian, the sad truth is that without it many pets become the victims of their guardian’s neglect and abuse.

After days of trying to obtain Chewy’s freedom, it was discovered that Chewy had escaped his home and unfortunately was hit by a car and killed. According to Lt. David Walker, the family had brought Chewy inside after one of the officers visited the home, but it seems that Chewy, “slipped out the door when one of the children left the house, and was later struck by a car.”

The family surrendered Chewy’s body to the local Animal Control and the autopsy confirmed the cause of death. While poor Chewy will never know what life with guardians who care for his welfare, the fight for his freedom will not go in vain. Arebalos-Portuondo plans to continue her mission of having the county laws improved to ensure the welfare of animals.

“If we can get this changed I want to call it Chewy’s law,” she said. “This is wrong, this is wrong, he didn’t have to live like this. If you don’t want to take care of a dog, don’t have one. If you can’t take care of it, don’t keep it. 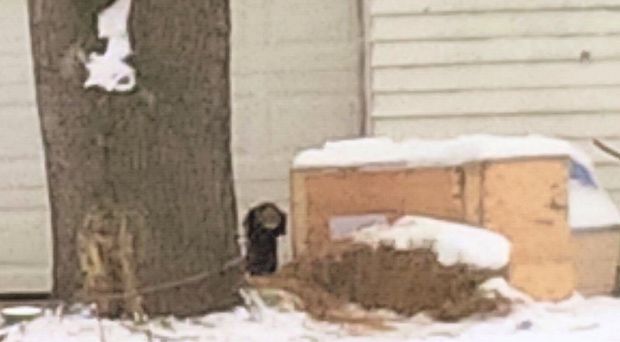 We can all act to ensure that other pets do not have to suffer like Chewy did by speaking up and actively working to change the law to protect animals! To learn more about how you can protect your pet during cold weather, click here.