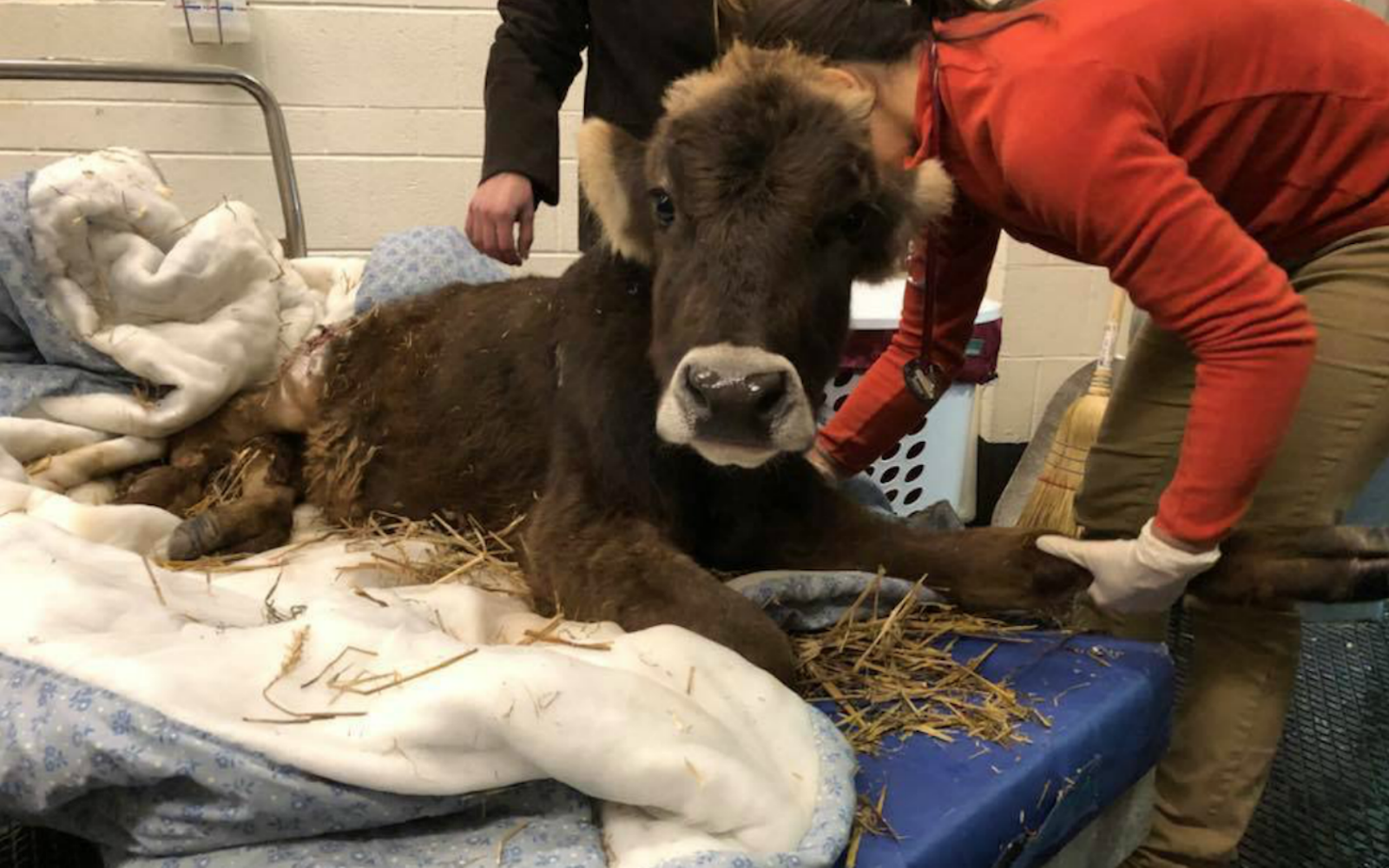 The heroes over at Skylands Animal Sanctuary and Rescue are at it again! Meet Cupid, a Brown Swiss steer. When Skylands first learned about Cupid, he was nine months old and only 212 pounds. For his age, he should have been double that. Cupid had been mounted by another animal six weeks prior and his front shoulder was broken as a result.

Skylands advocated for Cupid to receive medical attention, offered to take FULL responsibility in November of 2017, including transport and financial costs – but his caretaker refused.

The caretaker eventually took Cupid to a hospital on their own but were unable to pay the high cost. Despite having relinquished a sick goat to Skylands’ care in the past, they still refused to sign Cupid over. 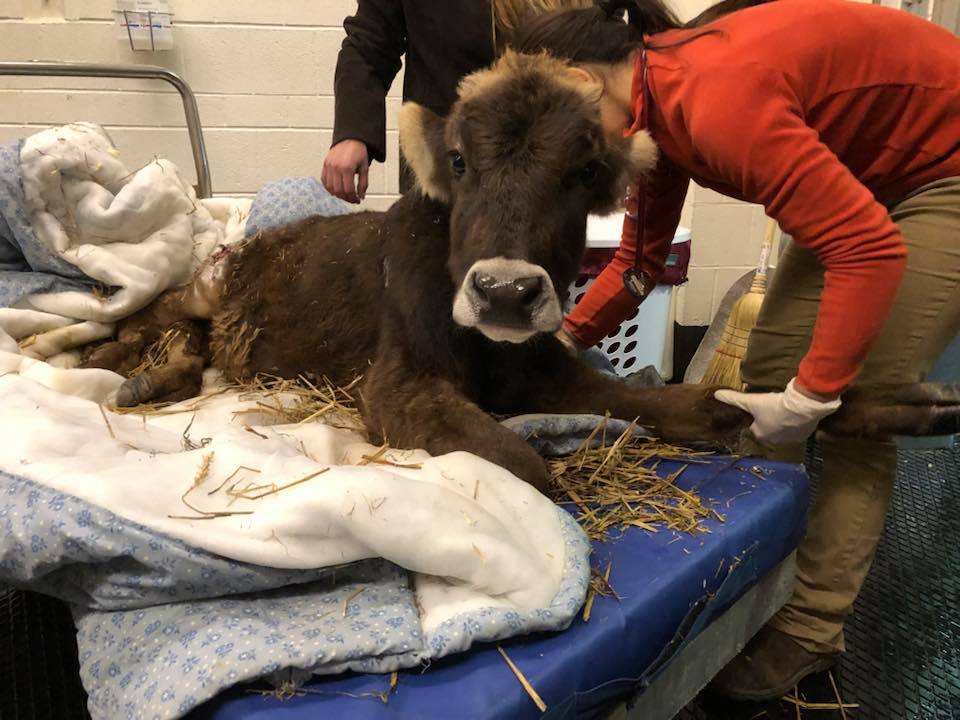 Cupid suffered from pneumonia, infected joints, huge pressure sores, his leg muscles had atrophied and he couldn’t stand, and he also had a broken shoulder blade. Skylands refused to give up… 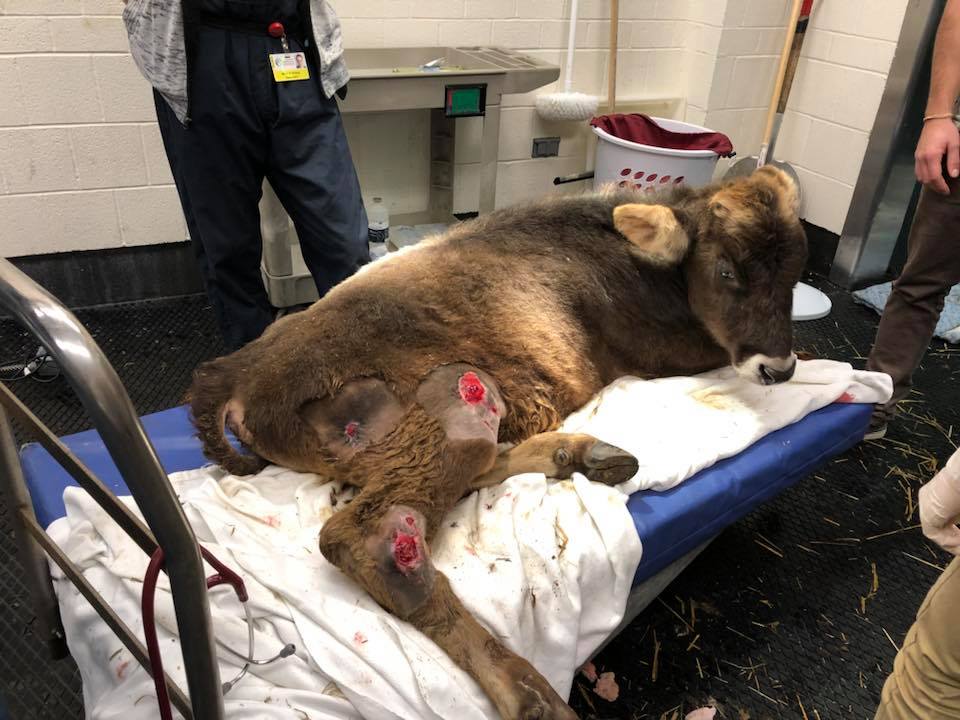 And thank goodness Skylands didn’t relent because Cupid’s caretaker eventually signed him over! Within just 15 minutes, Skylands took Cupid in for a CT scan of his shoulder. Now, sweet Cupid will get the surgery and care he so desperately needs, not to mention a forever home. 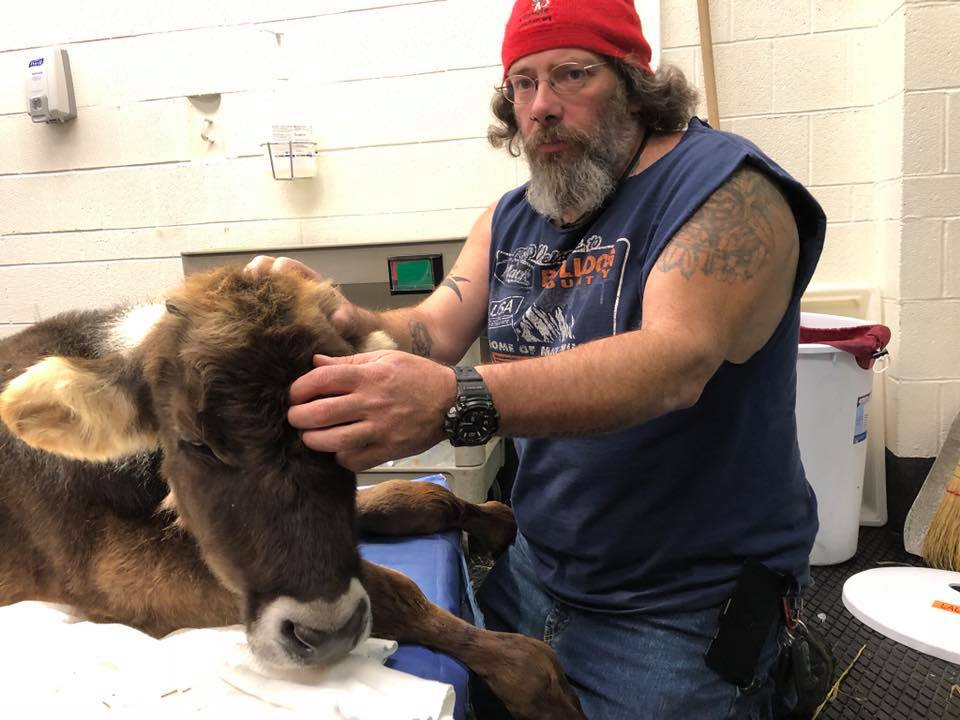 Cupid already looks right at home at the sanctuary! 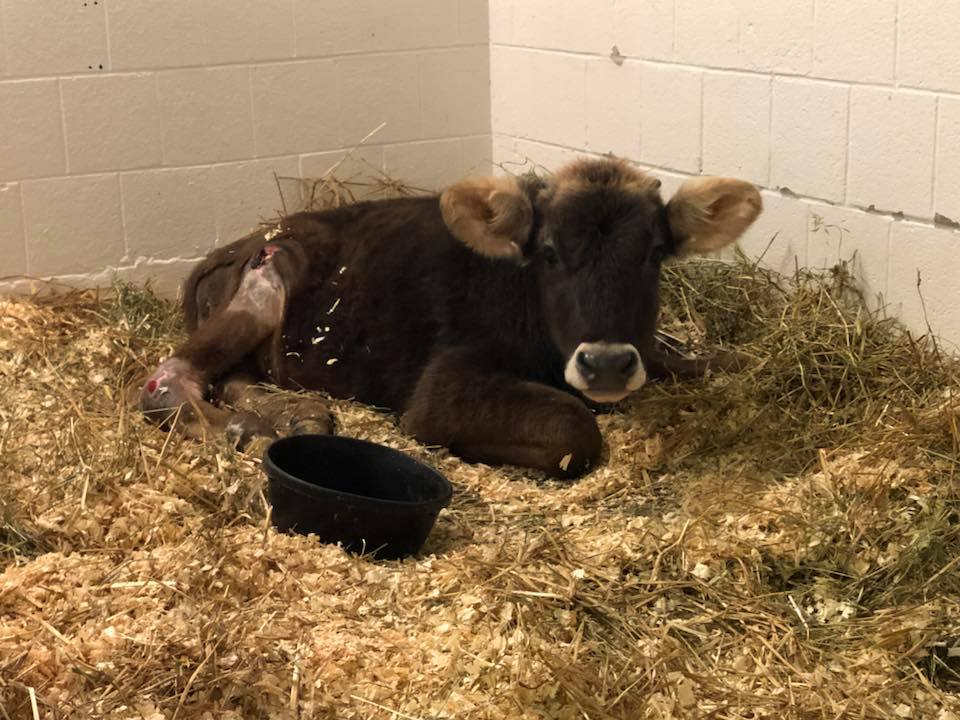 “Through all of this, Cupid’s disposition has been sweet and his spirit has been strong,” Skylands shared on Facebook. Skylands estimated Cupid’s surgery and other medical costs to soar beyond $10,000. If you’d like to help donate towards his care, you can do so here.

We are so thankful Skylands sees cows as the gentle giants they are – after all, they are extremely intelligent and emotional animals. Studies have shown that when cows are with their best friends, their stress levels decrease and when separated from them, their stress levels increase. Cows also have strong maternal bonds and are attentive, protective, and loving parents. If only everyone could see these animals as being more than commodities, the world would be a much kinder place.

To learn more about how you can help Skylands Animal Sanctuary and Rescue’s cause, visit their website.