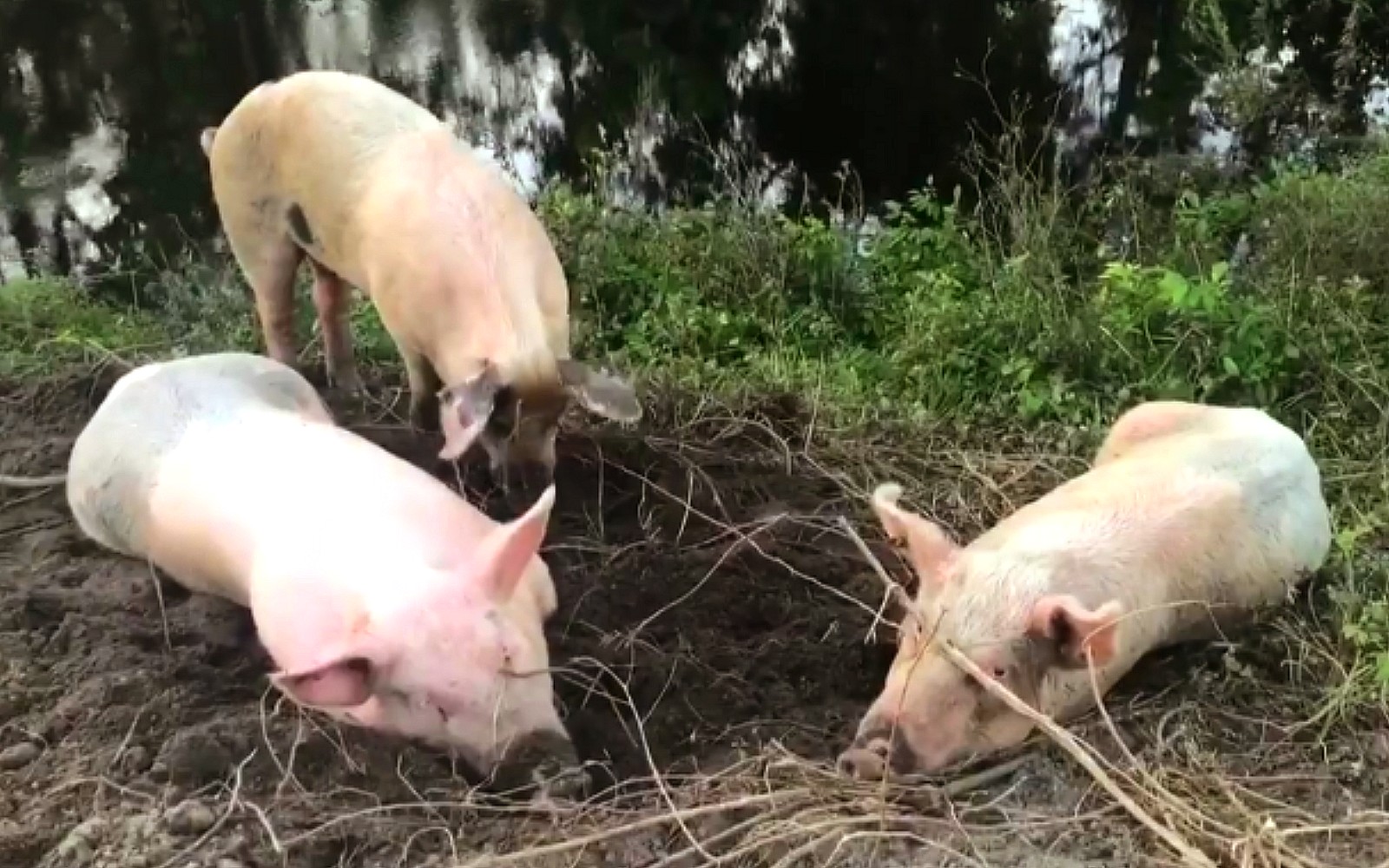 Dogs and cats may be the first animals who come to mind when we think of four-legged victims of Hurricane Florence, but they are not the only ones. According to the organization A Well-Fed World, the death toll of farm animals in North Carolina floods is now exceeding a staggering 3.5 million. Rescues of animals stranded as a result of the hurricane are extremely challenging and straining, but, thankfully, there are groups dedicated to saving those often forgotten lives. The A Well-Fed World team has just shared a video showing the beginning of the rescue of more than ten pigs who were discovered after swimming in the water for days.

The pigs were found by rescuers Daniel Turbert of The Sentient Project, and Caroline Byrd and Kelly Guerin of We Animals. Since then, a number of sanctuaries and individuals have been actively involved in bringing the animals to safety.

Since the rescue was postponed until dawn for safety reasons, volunteer rescuers with Brother Wolf Animal Rescue headed by boat to stay with the stranded pigs overnight. After the rescue, the volunteers and Ziggy’s Refuge Farm Sanctuary will transport the animals to the sanctuary.

The rescue mission undertaken to save the lives of the pigs is a tremendous example of the dedication and teamwork which is literally saving lives in the disaster-stricken area. As A Well-Fed World team underlines, the rescuers have been in boats for days, working tirelessly to bring help where it is needed. Once the pigs are safely at the sanctuary, they will receive all necessary medical help. They will then undergo a quarantine, in order to ensure their good health, and finally will be moved to their forever homes at partner sanctuaries.

The organization is now raising emergency funds to support rescue as well as sanctuary for animals affected by the hurricane. You can help by making a donation through the group’s website or via Facebook – all donations up to $25,000 will be matched by a generous donor, and 100 percent of the funds will be distributed to sanctuaries caring for animals affected by the hurricane.