This Incredible Man Bought and Renovated a School Bus to Transport Shelter Animals From Hurricane Zones to Safety! 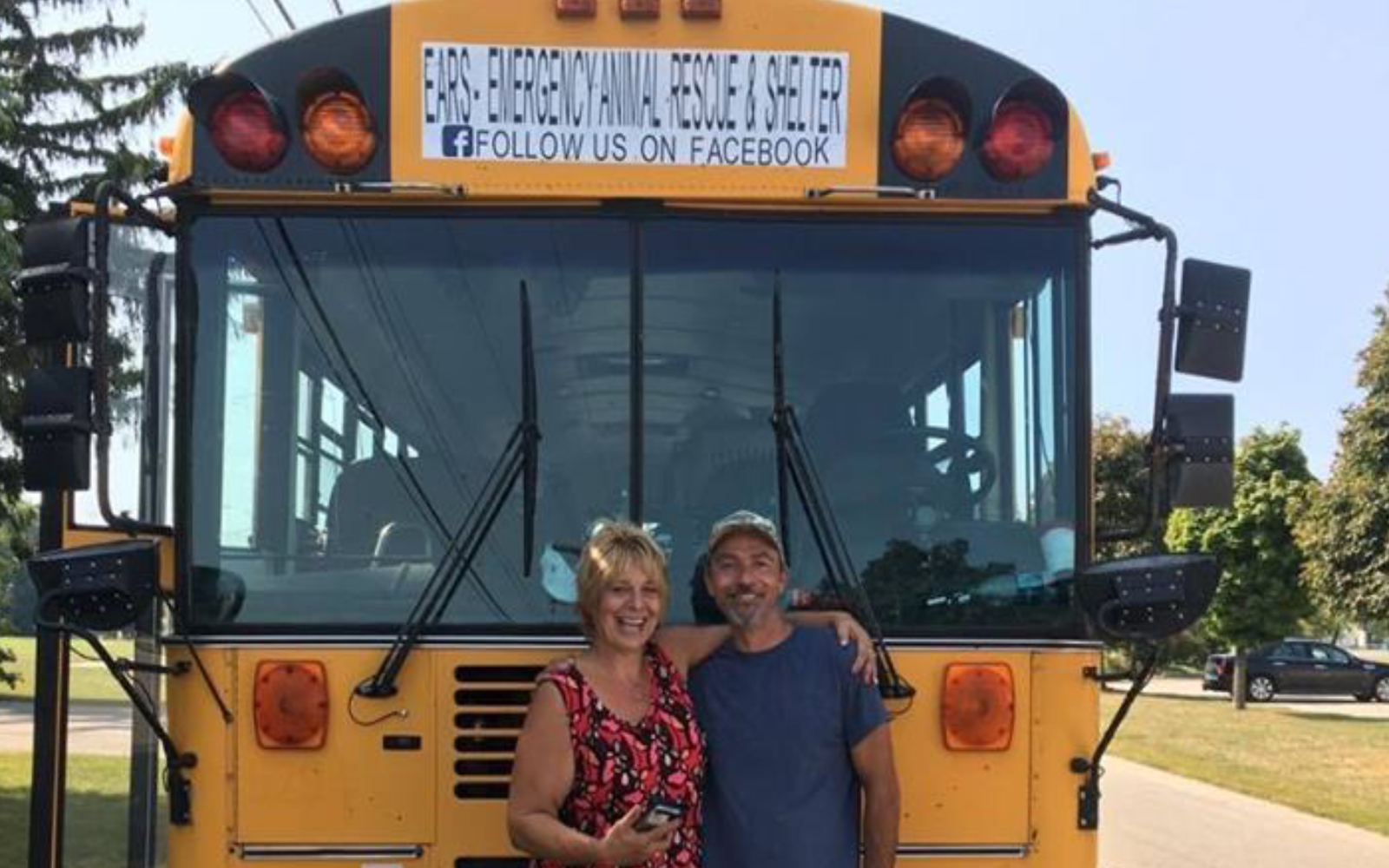 It isn’t every day you get to hear about someone truly heroic. And we’re sad that it’s Hurricane Florence that is the reason we’re hearing this news. But when a pet lover buys and converts an old school bus to rescue animals left after others have evacuated, we have to share the story. Trust us! This one will put a smile on your face.

Tony Alsup, a trucker from Greenback, Tennessee, drove into South Carolina last week with one intention; to evacuate the dogs and cats left behind in shelters. He drove to shelters in North Myrtle Beach, Dillon, Georgetown, and Orangeburg, rescuing 53 dogs and 11 cats with the intention of transferring them to a waiting shelter in Foley, Alabama, safe from the storm.

Alsup has been doing this for around a year now. When Hurricane Harvey was approaching Houston, Alsup answered an online plea for anyone to help evacuate animals from shelters in the storm’s path.

He volunteered to pick them up in his semi-truck, and the rescues assumed that would mean he could take dozens of animals … unfortunately, he only had the front end of the truck – not the massive trailer. Alsup knew he needed something bigger, so he bought a school bus and immediately drove to Texas to fill it with pets for the first time.

And he’s been doing this ever since, driving into areas about to be hit by a hurricane to get animals out of harm’s way. The bus is full of animal transport cages, water, and food to keep all the passengers happy on board!

Here he is, with some of his four-legged charges, who might be confused but are, at least, safe and dry. Alsup refers to these animals as the “leftovers” because they are the ones that get left behind!

Alsup said, “It’s so easy for people to adopt the small pets and the cuties and the cuddly. We take on the ones that deserve a chance even though they are big and a little ugly. But I love big dogs, and we find places for them.” These dogs en route to Foley will be taken to shelters across the country once Hurricane Florence has passed. They’ll all be ready to be adopted thanks to the kindness of this hero!

We are always happy to hear about Good Samaritans rescuing animals left behind during storms. And we are even happier when we hear about measures put in place to protect these pets before the storms even hit. What Alsup has done here with his bus rescue has wedged a special place in our hearts. Thank you, Tony, we need more heroes like you in the world!