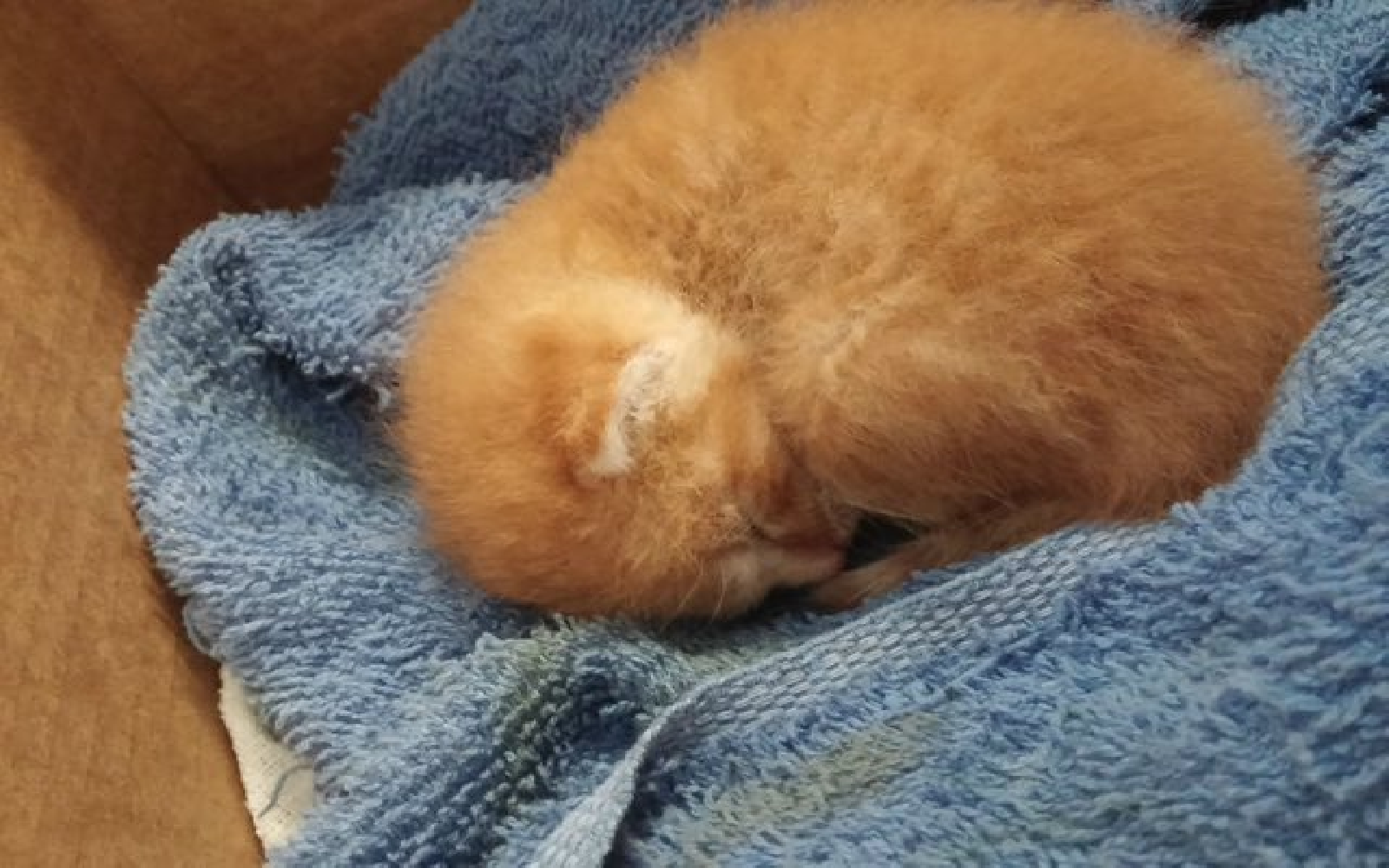 There is no questioning the fact that cats and dogs are among the most popular pets. But despite the popularity of these animals, there is an astounding number of them who are living on the street as strays. In the U.S. alone, there are over 70 million homeless cats and dogs and only a small fraction of these animals will ever find their way to a forever home.

While there are a number of organizations working to rescue and rehome needy animals, this is no small undertaking. Luckily, however, for all the organized efforts to help animals, there are also many motivated individuals who take it upon themselves to step in and lend a hand when they find a creature in need. Just take the story of little Simba the kitten from Imgur user letsbebadguys for example.

Meet Simba! He was found abandoned in a teacher’s backyard. He was far too young to fend for himself, but luckily, another teacher took him in. His little eyes were barely even open when he was first rescued. The kind person who took him in was instantly smitten (can you blame them!). It took round the clock care and feeding to help him grow in the first few weeks, but he showed more and more spirit each day! Simba even had to go to school with his mom so she could keep an eye on him. Hey – you’re never too young to learn after all!

Simba’s brother Parker was a bit unsure about the new kitten arrangement at first. He sat like this, staring at the box the kitten was in for over 30 minutes. Parker got over his hang ups pretty quickly, though.

Simba’s getting older and stronger every day. You can really see the difference between now and when he first arrived as he catches some Z’s under this laptop.

Some of his hobbies include drinking the droplets from the bathtub faucet. We bet that there’s a clean bowl of water designated for him, but this is just more fun.

Parker and Simba still get along great! Here you can see them playing hide and go seek in the bathtub!

We still can’t get over how the tiny little fluff ball who first came home with letsbebadguys grew up to be such a handsome fella. Just goes to show the transformative powers of a loving home!

If you’re looking to add a new furry member to your family, remember to always adopt!