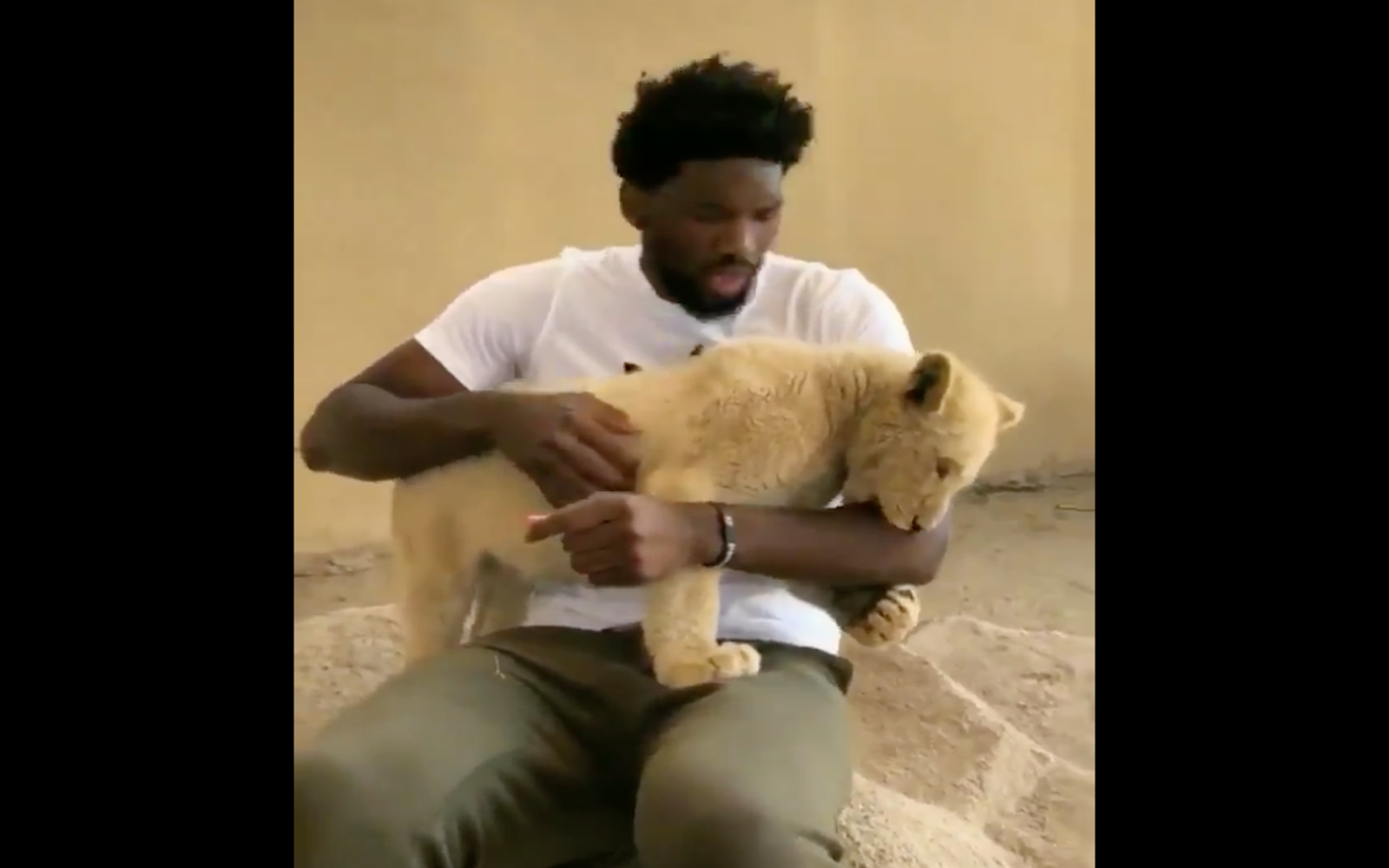 As one of the most celebrated players in the NBA, Philadelphia 76ers member Joel Embiid is no stranger to being in the news. However, his most recent appearance in the media wasn’t exactly good…

In a video that went viral on Twitter, Embiid can be seen holding and petting a captive lion cub in an enclosure in South Africa. 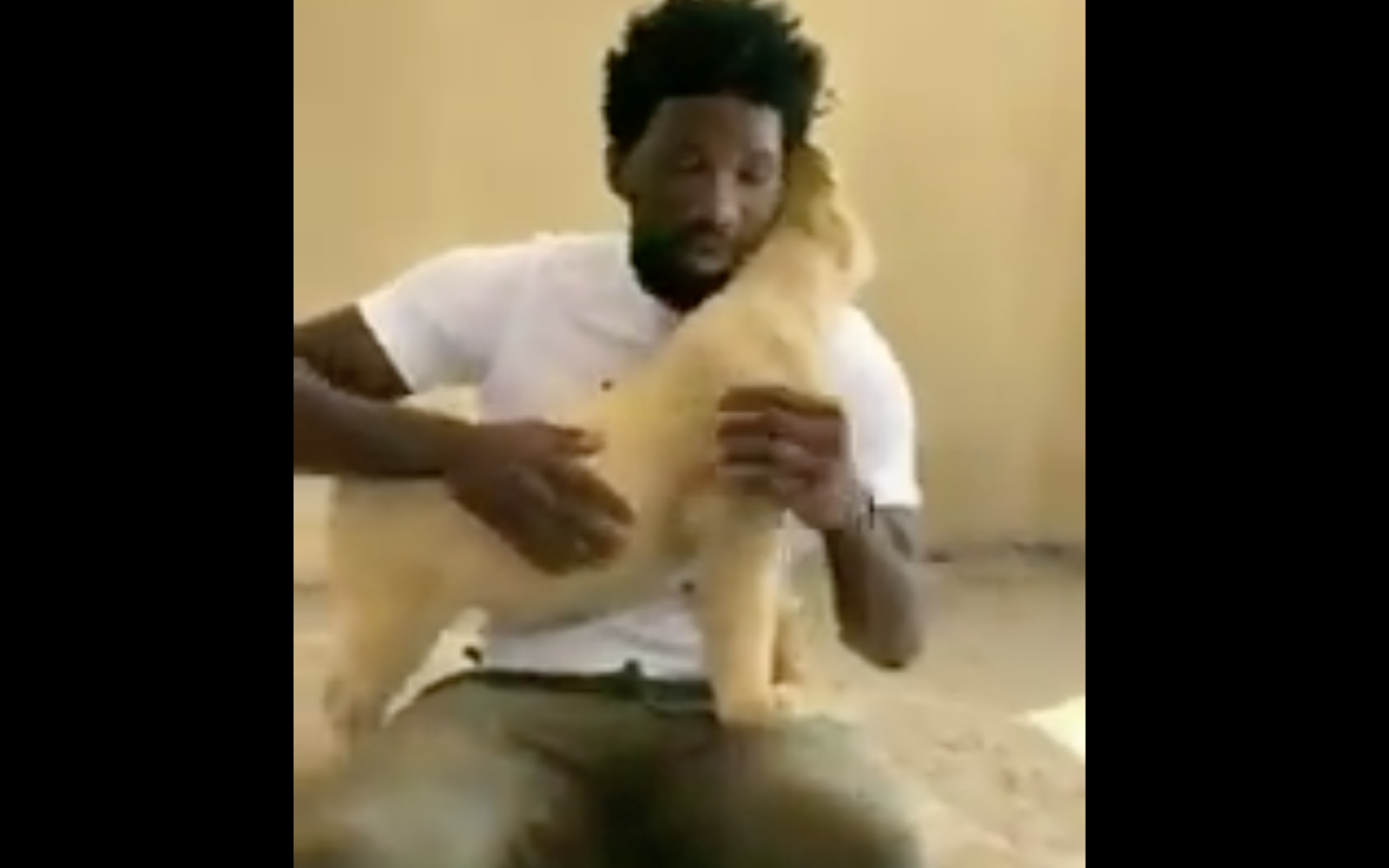 The basketball star is all smiles …at least until the cub suddenly sinks its teeth into his arm and he looks down in horror.

This incident paints a clear picture of why lions are not made to be held in captivity and humans are definitely not meant to interact with these wild animals.

Ironically enough, today is World Lion Day, a campaign to raise awareness about the many issues with keeping lions in captivity, plus warn people about the dangers of doing exactly what Joel Embiid did on his recent trip to South Africa.

What’s so wrong with putting lions on display at tourist attractions so that people can experience their majestic beauty up close, you ask? For starters, these poor animals are exploited from the very moment they are born. While breeders often claim that the lions they keep are orphaned and will eventually be freed back into the wild, this couldn’t be further from the truth.

In reality, cubs are born into captivity and immediately taken from their mothers, thus compromising their ability to ever survive in their natural habitat again. Meanwhile, adult female lions are forced to breed repeatedly in tiny enclosures, often without access to adequate food and water.

All of this takes place behind the scenes while breeders put cute and cuddly “orphan” cubs on display for unknowing visitors in order to turn a profit. And once the cubs grow up and are no longer of use for this purpose, many are sold in canned hunts, a disturbing practice which involves lions being trapped in an area so that trophy hunters can get a guaranteed kill. Just as shockingly, other captive-bred lions are slaughtered and sold for their parts in the lucrative bone trade.

In South Africa, where the big cats are common and can easily be taken from the wild, lion breeding facilities are especially prevalent: It is estimated that there are somewhere around 260 facilities in the country which house around 7,000 total lions. The cub that Joel Embiid had a close encounter with is one of these lions, and unfortunately, the animal’s future will most likely involve a cruel and painful death inflicted through one of the methods mentioned above.

If this makes you sad, furious or both, we encourage you to do everything in your power to help these precious predators. In order to do so, you should first and foremost NEVER support a facility that holds lions captive in the interest of entertaining humans or making money.

Another great lion-saving step is to support the work of organizations devoted to protecting these beautiful creatures, such as Born Free and the African Wildlife Foundation. To find more, click here. And finally, don’t forget to tell everyone in your network the truth about how captive lions are treated when tourists aren’t watching!