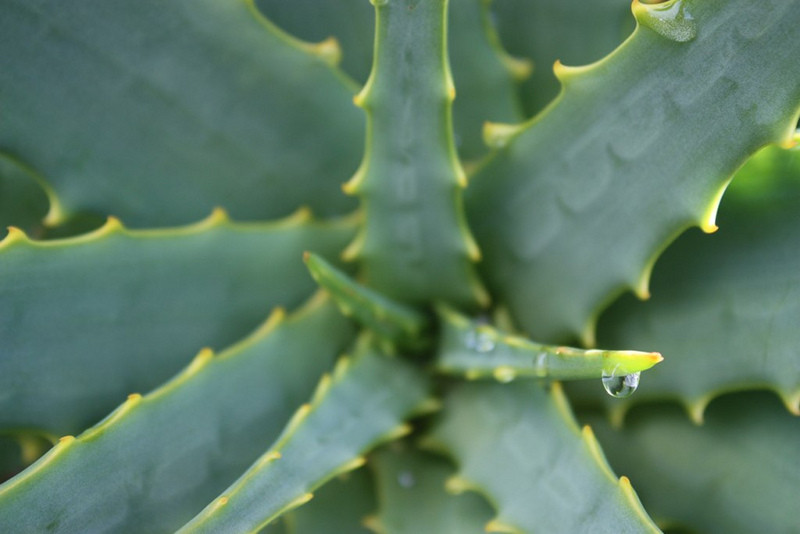 Ooey, gooey inside, but pretty and green on the outside, I keep plants of aloe around the house just so I can cut and use them on an as-needed basis.  You see, although I am a professional culinary creator, I am a klutz in the kitchen…and as a raw food chef I tend to forget how hot things get when actually cooking.  I burn myself.  A lot.  Aloe to the rescue.

Aloe vera has been recognized for centuries for its remarkable medicinal and health-enhancing properties, especially as a topical skin treatment.  Information regarding aloe vera’s use dates back nearly 5,000 years.  But what is less widely known is that the actual aloe juice and its gel are also widely consumed for a whole other range of conditions within the digestive tract, as it is believed to have anti-inflammatory benefits. It has also been used as a remedy to heartburn and constipation, and as a detoxification aid.

Native to Africa, aloe vera, a cousin to the lily, is now cultivated all over the world.  The plant itself has a cactus-like appearance, although to the touch, its leaves feels soft , engorged and slightly squishy (that is my own personal description).  Makes sense, seeing as the bulk of the leaf is filled with a clear gel-like substance, which is approximately 99% water.  That tastes like crap.

Aloe barbadenis miller is the most recognized species, known for having the highest nutritional value and is most often used in the bountiful array of commercial products touting the plants’ benefits available today.  And it is easy to see why; aloe juice contains a bounty of B vitamins, choline, calcium, potassium to start, and it also possesses a wealth of phypchemicals and enzymes to boot.

So how does one go about using this plant as a dietary supplement?  Well, as mentioned, it does not have the most pleasant taste in the world.  But if you can stomach it, I say combine the fresh squeezed gel straight from a plant with a bit of water and chug it back.  Or, you can consider adding it into any raw smoothie or soup.  Or, try one of the following products and use it as recommended! 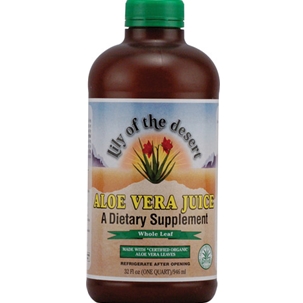 Lily of the Desert has been leading producer of Aloe Vera since 1971.  This certified organic  concentrate is free of preservatives and a great option for those that want to take a small dose of aloe once a day.