The Acid Alkaline Balance and the Raw Food Diet 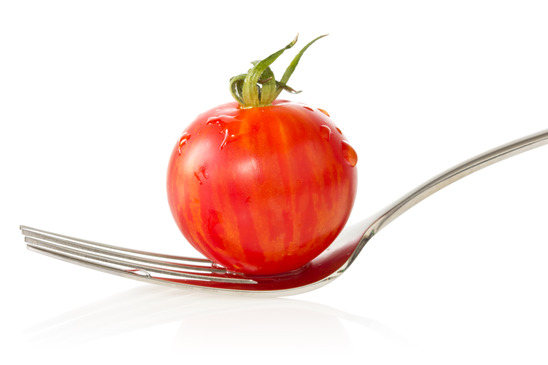 There isn’t a day that goes by where we don’t hear about the long term ramifications of the Standard North American diet, characterized by disease-inducing processed foods. Now people are beginning to understand that processed foods create an acidic environment in the body, which leads to diseases such as cancer, heart disease and a whole host of other ailments.

The acid alkaline system of food consumption is based on the classification that foods are either acid or alkaline forming. This determination is not based on how food tastes, but rather on the PH of the ash residue that is left in the body after the food is metabolized. According to this concept, our body tissues and blood are slightly alkaline, which means that it’s ideal to consume more foods that break down into alkaline elements.

The most acidic forming foods, which should be avoided, include milk products, meats, refined flour and sugar products. Instead, opt for substitutions such as hemp seed or nut milk, tempeh, unrefined coconut flour, agave and coconut sugar, which are far better choices.

Currently the raw food diet is the darling of the health world, as most foods eaten on a raw food diet creates an alkaline environment in the body. But many people are left wondering: what is and how does one adopt a raw food lifestyle?

First it is important to note that cooking is an activity unique to human beings, but it hasn’t always been this way. Before the discovery of fire, a diet consisting only of raw organic food, meaning uncooked, unprocessed and unpasteurized was the only diet known to man. But seeing as we have a variety of modern conveniences most raw foodies consume about 75% of their diet raw.

The basis of this diet resides in the fact that beneficial enzymes in food (proteins that aid in necessary chemical reactions in the body) are destroyed by cooking. Some of these crucial enzymes are obtained from outside the body, so if they are destroyed, our bodies then struggle to digest and cannot absorb the maximum amount of nutrients required to thrive. Raw fruits and vegetables promote alkaline balance, which is far more desirable from a health perspective. Cooking at high temperatures alters the PH of vegetables from alkaline to acidic and breaks down starch, therefore increasing sugar content in foods- just think of caramelization.

The raw food diet can also help people maintain a healthy weight; as when food is cooked it loses water, oxygen, fiber and therefore volume. Due to decreased volume in cooked foods, people tend to eat more.

However, all is not roses when it comes to a raw food diet. Supplementation of B12 and calcium may be necessary, as deficiencies are common among those who follow a raw vegan lifestyle. And although raw food has its benefits, cooking food also has its merits, as it kills dangerous bacteria and makes certain nutrients, such as carotenoids (in carrots) and lycopene (in tomatoes) more bioavailable.

As you might assume, most raw foodies are vegetarians, if not vegan; as large amounts of vegetables, fruits, nuts, seeds, legumes and sprouted or soaked grains are consumed. Pasteurized foods are not eaten, as the pasteurization process requires high heat. Blending, sprouting, fermenting and dehydrating are the primary preparation techniques used by raw foodies. The act of sprouting increases a foods enzymatic activity, and thus its nutrient value; because of this, sprouted foods are quite often referred to as “living” or “live” foods.

As I said before, most raw foodies eat on average about 75%  of their food raw, as there is some allowance for food to be heated; however, it should not exceed 118oF (48C), as this is the highest heat that enzymes are known to tolerate.

Adopting a raw food lifestyle is, just that, a lifestyle change; and with that must come an understanding of what it takes to do it properly. For most they find their way to raw food lifestyle via vegetarianism. And while this is not meant to be definitive how to guide, it is meant to shine some light on the current health food craze.