No Room for Debate: Why a Plant-Powered Diet Is Good for Everyone 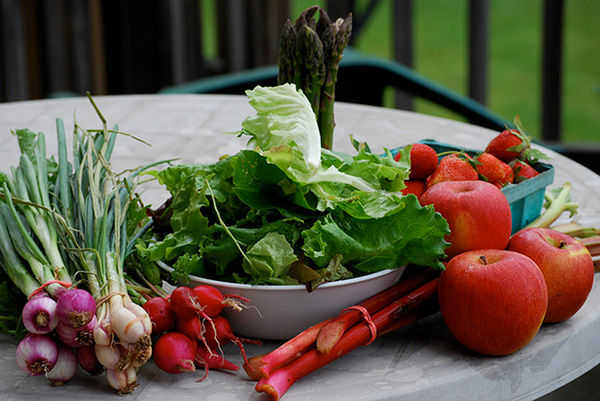 Judging from the responses to the “Room for Debate” feature (in the New York Times) that asked, “Is Veganism Good for Everyone?” one can safely conclude that the jury is still out on the topic. The reason is not because the science is unclear (although some debaters would like you to believe so), but because the question itself was designed to be broad enough to leave a lot of room for debate and no conclusive answers. Imagine asking, “are mobile phones good for everyone?” or “is flossing good for everyone?” If you really think about it, the answer is “probably not” or “it depends.” Because some people may choose to talk on their phone while driving, while others may seriously harm themselves (or others) with dental floss or a tooth brush! When you frame a question as broadly as this — especially for a topic as important as our food choices — you’re not creating room for debate, but room for tremendous confusion.

Not surprisingly, you end up with arguments like “some people may not eat right, so therefore it can’t be good for everyone!” or equally pointless … “it worked great for me, so obviously should work great for everyone.” Yes, it’s a debate and the idea is to see both sides of the story, but when we open up an important topic to such broad interpretations, we risk losing sight of the fact that the reason the issue of food choices even interests anyone is because we need to urgently do something to change the way people eat, for the sake of the planet, animals and our own health. Confusing people unfortunately doesn’t lead to action, but promotes pacifism.

So, no matter where you fall on the ideological spectrum of the issue of food, here are two rules we can all hopefully agree upon. Yes, it’s an overtly simplistic view of the entire issue, but if you’re on the fence and want to start somewhere, you have to start simple!

We should know this by now, but just in case you needed more proof, read all the latest research that supports the amazing powers of plant foods (10 new studies from the first quarter of 2012 alone!). Eating more whole plant based foods is the one of the best things you can do to improve your health and minimize your risk of heart disease, cancer, stroke, diabetes, obesity, high blood pressure, and more. There’s no disputing the evidence! So, take a huge leap in the plant-powered direction and you will not only discover good health, but also a tremendous array of amazing food. Explore the power of super foods; get hooked on green smoothies; learn to make super salads and incorporate more greens like spinach and kale, along with whole grains, beans, nuts  and seeds  in your diet and the results will speak for themselves. Make sure you follow some basic guidelines with regards to what you choose to eat and health will be the least of your problems.

Meat Eaters are quick to criticize the assumption that eating vegan equals guaranteed good health. They have a valid point here! Just because your cupcakes use organic sugar and palm oil based butter instead of refined sugar and dairy or the processed foods you choose do not contain animal ingredients, does not mean it’s automatically great for your health. Now, we don’t need to demonize all sugary vegan treats or anything that’s sold in a box, but we must accept that they should be the exception, rather than the rule in one’s diet. So you think you’re never going to give up eating animal products ? Fair enough, but  there’s no denying that cutting back on your consumption of meat and dairy will likely yield tremendous health benefits. In addition to all the public knowledge about antibiotics and hormones found in animal products, isn’t all the recent news about pink slime in beef, arsenic in chicken and now mad-cow disease (!) reason enough to at least cut back a bit? To add to it, the environmental, human rights and animal welfare issues involved with large scale animal agriculture make this an indisputably good choice.

Thanks to the growing popularity of efforts like Meatless Monday and awareness around the benefits of choosing plant-based foods, instead of animal-based products, millions of Americans are wisely making the shift. Start once a day or once a week and approach it like a process of discovery, rather than avoidance — you will be blown away by what you find.

Ideological discussions have their time and place, but some facts about food choices and our health hold true no matter what your personal beliefs may be on eating or avoiding animal products. When you choose a plant-powered diet, there’s plenty of room for positive change, but little room for debate!