How Fast Food Has Changed Our Nation 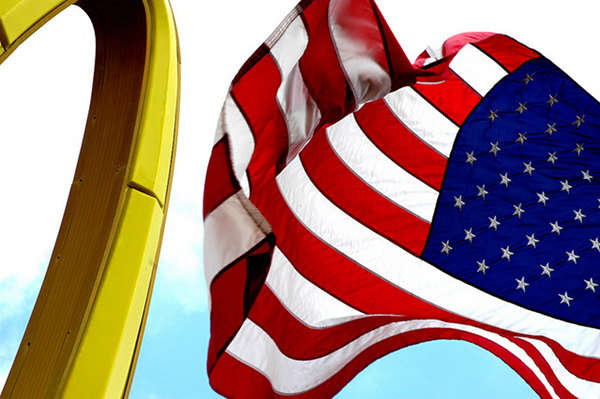 In order to regain control of our health, we need to let go of our childish attachments to food. I don’t mean we are behaving like petulant children who want what they want when they want it. Rather, I mean we have become attached to the food of children.

While hamburgers were introduced to the United States in the early 20th century, the first fast-food restaurant chain, White Castle, opened its doors in 1921 in Wichita, Kansas selling burgers for a nickel along with side orders of fries and a colas. White Castle thrived but it wasn’t until after World War II that we began the journey to becoming a fast- food nation.

The McDonald brothers designed their fast- food hamburger restaurant in an attempt to streamline the process of making food and to reduce the costs of production. Their octagonal-shaped restaurant, which opened in San Bernardino, California, in 1945, also eliminated the need for waitresses, thus reducing operating costs even further. By 1951 , McDonald’s grossed $275,000, an unheard of amount of money for any small restaurant at the time.

The decision to franchise their idea along with a distinctive architectural design (the Golden Arches) put McDonald’s on the map. By 1960, there were 100 franchises operating across the country. But it was Ray Kroc, an equipment salesman who serviced McDonald’s, who bought the business from the McDonalds’s and took it to new levels of success.

Along with other pioneers in the fast-food businesses, including Burger King, and Wendy’s, and numerous other Johnny-come-latelies to the scene, by 1990 fast food had taken over the American landscape with 11,800 McDonald’s, 6,298 Burger Kings and 3,721 Wendy’s.

Today, more than 160,000 fast- food restaurants feed more than 50 million Americans each and every day, generating sales of more than $110 billion dollars annually.

What do all these statistics, facts, and figures mean to us? It is no coincidence that the decline of our health has moved in direct proportion to the rise in the consumption of fast food.  Forsaking home-cooked meals for snacks and fast foods has more Americans than ever gorging on calorie-rich, nutrient-poor foods, sodas, and sweets. Over the last 25 years, we have come to take more of our calories from burgers, fries, pizza, and sweets than we have from home- cooked meals.

U.S. government surveys from 1977–1978, 1989–1991, and 1994–1996 reveal an alarming trend: More and more Americans ate their daily foods in the form of snack foods and fast food with each subsequent survey. The surveys also showed that Americans have come to prefer snacks to sit-down meals, and quick, easy, calorically dense treats like pizza, potato chips, and cookies to real food. Among 19–39-year olds, restaurant and fast- food consumption has more than doubled since the 1970s. In one study, Dr. Ashima Kant of City University of New York found that “energy- dense, nutrient- poor foods now account for more than 30% of American children’s energy (calorie) intake.”

On any given day, more than a quarter of all Americans will eat at a fast- food restaurant. This industry has, in a relatively short period of time, transformed not only the way we eat, but also our economy as well as the cultural landscape.

With fast- food restaurants everywhere, from airports to hospital lobbies, Americans are spending more on these foods than they do on higher education, computers, or new cars combined! A generation ago, more than three-quarters of the money spent on food was spent on ingredients to cook at home. Today more than half of money spent on food is spent on food eaten outside the home.

McDonald’s opens new restaurants at a rate of 2,000 per year and employs more people than any other organization, public or private. It is the largest purchaser of beef, pork, and potatoes and is the largest owner of retail property in the world. Via monster advertising campaigns that leave no demographic untouched, it has become the most famous brand in the world with the Golden Arches more recognized than the Christian cross, according to Eric Schlosser, author of ‘Fast Food Nation.’

The fast- food industry is the largest employer of minimum-wage workers in the country, with migrant farm workers being the only group of people paid less. With the food prepared in enormous central kitchens and flavors coming from chemical plants along the New Jersey Turnpike, fast- food empires stand on top of huge industrial complexes that have destroyed the family farm, creating in its place industrial farms with absentee corporate owners.

The current obesity epidemic didn’t just happen overnight. According to the National Bureau of Economic Research, the generally persistent  upward trend of Americans’ weight began just after World War II. In the 1950s less than 10% of Americans were overweight or obese. As fast- food restaurants and processed foods took control of our diets, the numbers jumped. By 1975, (about the time McDonald’s introduced the drive-through window), the obesity rate in America had climbed to 15%. Since then, the overweight population has ballooned, with obesity rates topping 32%.

If the clear evidence of rising obesity isn’t enough to scare you back to your own kitchen, consider the following statistics related to what have become known as “lifestyle” diseases: